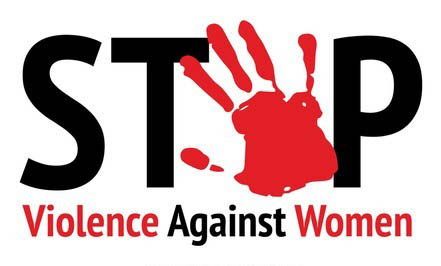 THE United Nations’  call to observe November 25 as an International Day for “Elimination of Violence against Women” has got wide media coverage after the UN Secretary General, Antonio Guterres, presented a chilling fact sheet that across the world  every 11 minutes a woman or a girl is killed by an intimate partner or family member. He called violence against women and girls as the most pervasive human rights violation in the world.

Domestic violence is an undeclared war against women which has taken more victims through the years than any conventional war. So- called developed countries, that are the epicenters of capitalism, hold the worst record according to country-wise data available on the UN website.

In India the situation is grave. On an average, every day the National Crime Bureau 2021 reports that  86 women  are raped and whose cases are registered. Every hour there are 49 offences committed against women registered under the IPC, every day on an average 18 women lost their lives in dowry related domestic violence— 6,589 dowry deaths registered in a single year. The National Family Health Survey- 5 shows that one third of all women surveyed, said they had faced domestic or sexual violence.

These are statistics which should make any country hang its head in shame. But in India there has not been a single word from the government. Some people have described this as a pandemic— in fact violence against women has become endemic in our social systems. Dalit women face the worst kind of violence inflicted by aggressive casteist practices.

Cultures that normalise domestic violence have got new life under the present regime with the promotion of notions of the ideal woman as one who adjusts to violence by her husband or his relatives as part of the way a good woman behaves. The refusal of the government to recognise marital rape as a criminal offence on grounds that it would be disruptive of the family,  is a reflection of that mentality. This manuwadi  culture is a big barrier to democratise family relations and to protect women's equality.

Even more dangerous is the communalisation of every rape case depending on the religious affiliation of the victim and the accused. In The BilkisBano case  the affidavit of the Gujarat government in the petition opposing the release of the gang rapists and killers, specifically mentions that before their release sanction was given by the union home ministry. In other words, home minister Amit Shah is directly involved in the release of these killers and rapists in a most heinous crime based on their religion, their political affiliation. It is no coincidence that it is when Muslims are the accused that the ruling party and its sangh  cohorts, remember the need for justice for women.

This was exemplified by the recent and highly condemnable statement of the Assam Chief Minister, HimantaBiswaSarma,  in reference to the Shraddha Walkar case. He said that you need to vote for Modi, “a strong man, “ to prevent Aftabs in every city.” That the horrific crime of murdering and dismembering the body of Shraddha was perpetrated by her Muslim partner, is used for the most vicious communal propaganda and claims of love jihad.  Around the time this terrible crime was detected in Delhi, in Azamgarh in Uttar Pradesh, a young woman was killed and cut into six parts by her ex-boyfriend.  Another woman in Sitapur district was killed by her husband and her body hacked into pieces and dumped in a field. Not a single word was uttered by the BJP leaders in both these cases as the accused and the victims belonged to the Hindu community. When dalit girls are raped or killed by upper caste men, not a word is said. This communalisation of violence against women in India is a highly dangerous weapon which will further subvert the judicial process and rendering of justice

It is clear that capitalism and its social structures have supported and helped patriarchal notions and practices to grow across the world, based on a social and cultural system which promotes the subordinate status of women to exploit cheap female labour. It is on this fundamental basis that women across the capitalist world face discrimination and violence, some more than others. In India, the misogyny and patriarchal values that prevail are being reinforced by the open advocacy of manusmriti and caste hierarchies by the right-wing Hindutva forces. This in turn strengthens the forces in the minority communities who enforce further subordination of women.

The struggle to defend the rights of women guaranteed in the constitution and to enforce the laws against violence on women must be waged with renewed vigour. The Left and democratic forces must make this an important part of their ongoing platform of action.