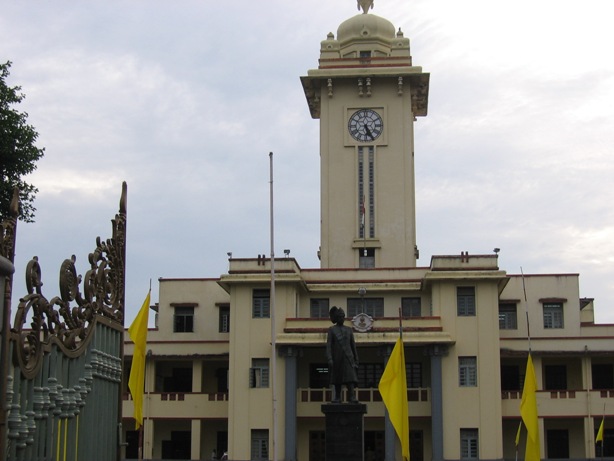 A Governor Out of Control

KERALA is witnessing the spectacle of a governor who is out of control. One day he is demanding the resignation of all the vice chancellors of Kerala universities and on another day he “withdraws pleasure” from a minister in the government and asks the chief minister to remove him from the cabinet.

Utilizing a Supreme Court verdict which struck down the appointment of the vice chancellor of the APJ Abdul Kalam Technological University, Governor Arif Mohammad Khan, acting as the chancellor, demanded that the vice chancellors of nine state universities resign from their positions by 11.30 am on October 25.  The letter demanding this was sent on October 24.

This latest action by the governor comes in the wake of a series of egregious moves in the recent past.  Earlier, the governor had questioned the reappointment of the vice chancellor of Kannur University after having signed his appointment order. This appointment, which was challenged, was upheld by the Kerala High Court.

More recently, the governor has been waging a battle against the Kerala University vice chancellor and the senate.  He sought to bypass the provisions of the Act regarding the nature of the search committee to select a person for the post of vice chancellor which was falling vacant.  When the senate resisted such illegal methods, fifteen members of the senate were arbitrarily removed from the membership of the senate.

The Supreme Court verdict on the APJ Abdul Kalam Technological University was regarding the specific appointment made at that university and the alleged violation of procedures in that case.  The governor’s move to make this verdict applicable to the appointment of vice chancellors of other universities is without any legal basis.  The statutes of some of the universities provides for a nominee of the state government in the search committee, apart from the UGC nominee and the university nominee.  This is the pattern followed in some other states too like Maharashtra, Tamilnadu and Karnataka.  The governor’s stand that there should not be a nominee of the state government in the selection committee is untenable.

What exactly is the motive behind Governor Khan’s actions?  He argues that he is taking steps to protect the autonomy of the universities and to prevent the nominees of the ruling party being made vice chancellors. This is only a camouflage for intervening in the state universities to advance the agenda of the RSS and the BJP.

It is in order to stop the arbitrary interference by governors in state universities that new laws or amendments to existing laws concerning state universities have been adopted by the state assemblies of Tamilnadu, West Bengal and Kerala. In Kerala, the assembly passed the University Laws (Amendment) Bill on September 1, this year.  The amendment has increased the strength of the selection committee to select nominees for vice chancellor to five from the existing three. But the governor has not given assent to the bill, nor has he returned the bill with any query or objections.

When faced with criticism about his obstructionist role, Governor Khan threatened to withdraw his “pleasure” from any minister who dares to criticise him.  He has now announced that he has “withdrawn pleasure” from the finance minister, K N Balagopal, and asked the chief minister to remove him from the cabinet. Thus, he has begun to exercise powers that he does not possess under the constitution.

The struggle against the governor interfering in higher educational institutions in Kerala is important.  What the governor is doing is part of the centralised drive to impose the RSS agenda for higher education in the country.  The arbitrary measures of the governor will be fought legally and politically.  The Left Democratic Front in Kerala has called for a people’s march to Raj Bhawan on November 15 on this matter and a campaign is underway to expose the manoeuvres to undermine the secular-democratic character of the higher education system in Kerala.