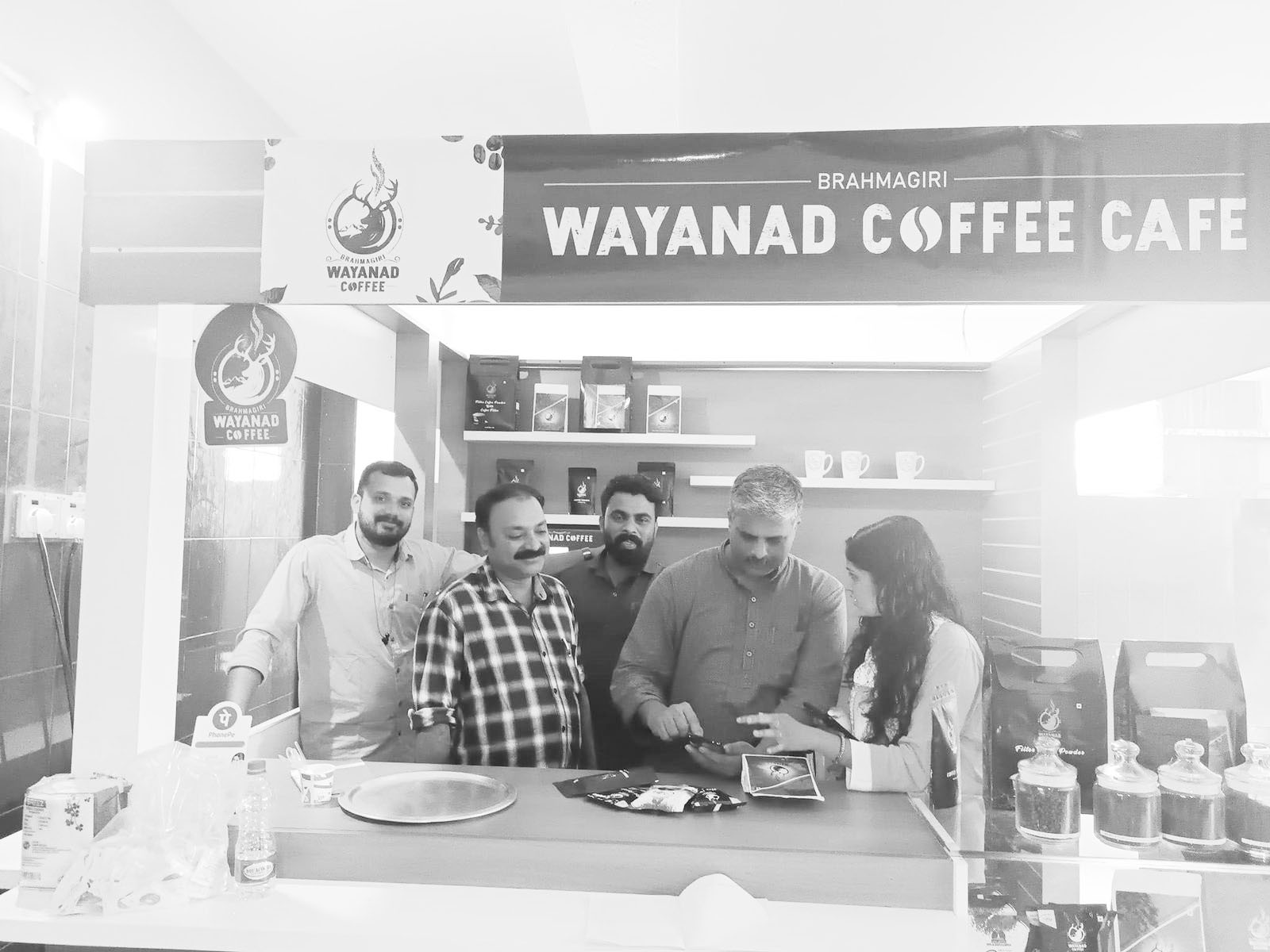 ALL India Kisan Sabha and P Sundarayya Memorial Trust jointly organised an all-India meeting and a public seminar of coffee farmers on June 11-12, 2022, at Virajpet, Karnataka. Leaders of coffee farmers from Kerala, Tamil Nadu, Andhra Pradesh and Karnataka along with the trade union leaders from the plantation sector and various experts from the Coffee Board of India, coffee industry and research institutions converged to discuss the challenges and possibilities in the coffee sector.

Vijoo Krishnan, joint secretary of AIKS inaugurated the meeting. Valsan Panoli, the state secretary of AIKS, Kerala presided over the meeting. G S Bayyareddy, the state secretary of AIKS Karnataka welcomed the participants.  K Sridevi, deputy director, of Coffee Board (South Koduku) greeted the delegates.  B Shivkumaraswami, the deputy director, of the Coffee Board (North Kodaku) presented a paper on the history of the coffee industry in India, coffee verities and production and productivity standards. Durga Prasad placed the subject of coffee cultivation in Coorg and the issues of land, environment and human-animal conflict.

The afternoon session was addressed by Bose Mannanna, leader of Coorg Planters Association and former vice-chairman of the Coffee Board, D Raveendran from Tamil Nadu Vyavasayikal Sangham, P K Suresh from Kerala Karshaka Sangham and Naveen Kumar, joint secretary of Karnataka Pradesh Raithu Sangham.  It was followed by a presentation of K R Jubunu from the Wayanad coffee division of Brahmagiri Development Society on the Wayanad coffee project- from berry to roast and ground coffee- a small step towards new change in Wayanad agricultural sector.  The last paper was on the Wayanad carbon neutral brand in the context of climate changes presented by C Jayakumar, director Thanal, Kerala.

The second day also was rich with the presentation on an overview of the coffee industry's potential for the next 20 years by Ashwini Kumar, research chair of the coffee board. Davey Cherimulla, from Agri Bazar, spoke on quality coffee production, product diversification, procurement and value addition and the changing market and consumers. P Krishnaprasad placed the AIKS view on policy perspective, the charter of demands and the future plan of action.

The public seminar was attended by many coffee farmers from the Coorg district and was addressed by Vijoo Krishnan, Nanda Subbbaiah of CPA, Naveen Kumar and P Krishnaprasad. Abdul Lathif welcomed the participants.

The meeting discussed various demands including price, wage, land, insurance, human-animal conflict, climatic change and environmental impact and policy perspective against the prevailing exploitative capitalist system of production, processing and marketing in the coffee sector. The demands are aimed to protect the interests of the coffee growers especially the small and middle growers and farm workers and resist the exploitation going on under the tutelage of corporate industrial processers and national and international large trading corporations. The various papers presented will be published as a booklet to help the activists working among the coffee farmers.

Coffee is the second most profitable commodity being traded in the global market after crude oil. However, the primary coffee producers the world over are not benefitted out of this high-profit ratio.  The value addition takes place after the procurement of raw coffee berry or green bean and then the various coffee products hit the market and the surplus created then used to be shared among the chain of large-scale processors, transporters, advertisers, media, retail traders and also as tax to the governments. Worldwide studies have revealed that only 10 per cent or below of the value of the consumer products produced out of primary farm produces reached back to the primary producers.

The coffee board was established under the Indian Coffee Act of 1942 to regulate the market and ensure a certain level of price protection for coffee growers and that was continued even after independence in 1947. However, this role was abolished when the union government – as per the dictate of WTO and IMF withdrew the coffee board from the procurement market in 1994 as part of the neo-liberal reforms. As a consequence of the neoliberal onslaught, a protracted ‘coffee crisis’ had surfaced in the entire coffee belt of India during the period of 1999 to 2007 and the Wayanad district of Kerala was the worst affected. The crisis destroyed the economic and social base, especially of the small and middle coffee farmers. The resultant, severe indebtedness and miseries ignite a trend of peasant suicides in Wayanad. As per the official data, 948 farmers’ suicide were reported till 2006 in the district, meanwhile, unofficial surveys reveal over 3000 suicides. Wayanad had become one of the hot spots of peasant suicides along with Vidharbha in Maharashtra and Ananthpur in Andhra Pradesh.

The reason for this naked loot is obvious. The processing industry for value addition and the branded consumer market of speciality coffee the world over are under the monopoly control of the corporate forces who dictate the price. The coffee farmers have no option other than selling their produce to the industrial processors through their intermediaries. In this context, the concrete demand of the coffee farmers is to ensure a remunerative price for their products based on the formulae of 50 per cent above the cost of production of the raw coffee. Currently, farmers fetch below 10 per cent of the value of the global consumer products. Hence farmers demand a minimum of 30 per cent of that value as the price of green beans- i.e., Rs 420 to Rs 540 per kilo for green beans against the current price of Rs 140-180 per kilo. This could be possible if the corporate industry shares its windfall profit and surplus with the primary producers.

Almost 75 per cent of the coffee produced in India is being exported. The developed countries benefit from the cheap raw material price of green beans. Yet, there is no hue and cry to protect the interests of the country by ensuring fair prices to the coffee growers and developing the domestic coffee industry for value addition.  Instant coffee is the major value-added product out of raw coffee and the domestic coffee market is growing in India at the range of 7 per cent per annum. The present domestic consumption is 1,20,000 metric tons, around 30 per cent of the production and this will further increase.

The corporate industry is not going to share its profit with farmers. However, the coffee farmers’ movement shall have to build massive struggles to compel the union government to comprehensively amend the Indian Coffee Act 1942 in order to force the coffee industry to share a minimum of 30 per cent of their surplus with the primary producers as additional price in order to protect the interests of the coffee growers.

And based on the policy alternative, the small and middle coffee farmers must come forward to insist the respective state, as well as the union governments, promote producer cooperatives to establish roast and ground coffee plants and modern large-scale ‘instant coffee plants’ and develop market network akin to the model of the Wayanad coffee project under the producer cooperative namely Brahmagiri supported by the present LDF government in Kerala.

Akin to the slogan of ‘land to the tiller’ during the colonial landlord period, the slogan of ‘crop-wise processing industries and branded commodity market under the producer cooperatives’  needs to be coined and made popular among the peasantry under the current era of neoliberalism. AIKS shall initiate liaison with various associations of coffee farmers in this direction and explore the possibility of building a united movement of coffee farmers against the loot of the corporate industry.

The meeting decided to submit a charter of demands to the union minister of commerce, enrol membership in the Coffee Farmers’ Federation of India, observe July 24, 2022, as the national coffee day, popularise the slogan ‘Coffee Is Our Livelihood’ on the occasion of the international coffee day on October 1, 2022, and organise the first all India convention of Coffee Farmers Federation of India on October 27-28, 2022, at Wayanad, Kerala.