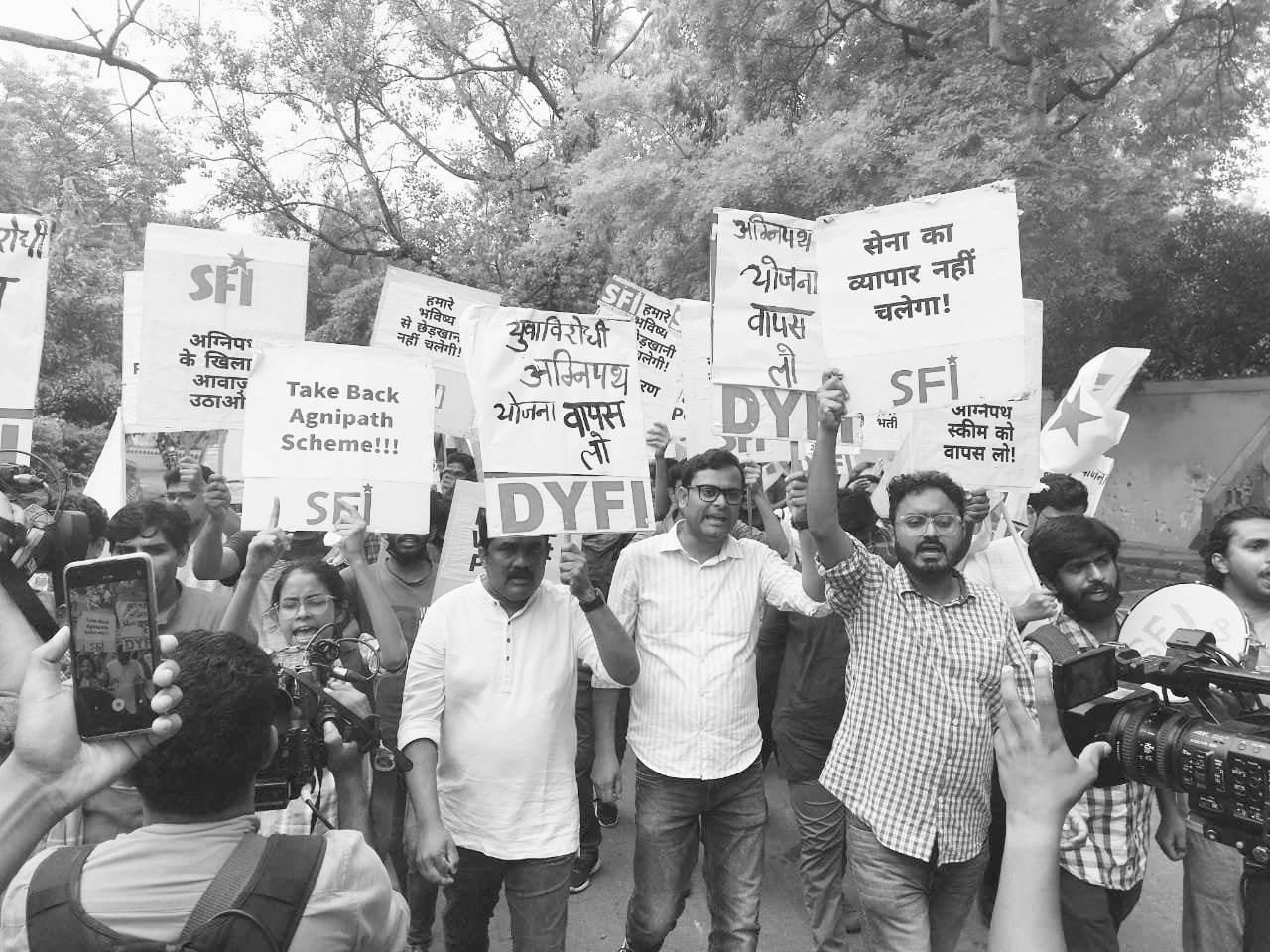 THE Agnipath scheme, which makes a radical departure in the nature of recruitment of soldiers to the armed forces, has met with widespread opposition from the youth and ex-servicemen of all categories.  Despite this fierce opposition, the government has directed the armed forces to go ahead with the new recruitment programme.

The objections to the scheme have been well spelt out by various retired senior officers of the armed forces and defence analysts.    More importantly, it is the young men, of predominantly rural backgrounds, who have understood the pernicious character of the grandiloquently titled `Agniveers’.

The arguments that it is ushering in a short-term contract system which will affect the quality and motivation of the soldiers; the inherent discrimination in the selection of only 25 per cent of those recruited for a four-year term for a longer permanent tenure and the uncertain future for those who end their tour of duty after four years are all valid and important criticisms of this flawed scheme.

But there is a deeper aspect of the Agnipath scheme which makes this plan more dangerous for the armed forces and for State and society. The Agnipath scheme has to be seen as part of the larger project to re-shape the Indian State and its institutions in the Hindutva image.  Like the other arms of the State, the Hindutva rulers are going about the restructuring of the armed forces based on their ideological perspective.  The fact that several thousand demobilised soldiers with arms training will  join society every year would go some way in fulfilling Savarkar’s goal of militarising Hindu society.

Along with this, the way the criteria for appointment of the post of chief of defence staff (CDS) has been widened has opened the way for greater politicisation of the higher defence leadership of the armed forces.  One will have to wait and see how the `Agniveers’ are going to be trained, since the national security advisor, Ajit Doval, has claimed that, “You will find the best of the law abiding citizens in these youth who will have nationalist sentiments and protect national interest…...”  Will it be Hindutva nationalism that will be inculcated?

Faced with the virtual revolt of the youth who were aspiring to join the armed forces, the government has hastily made announcements about ensuring 10 per cent recruitment of Agniveers in the central armed police forces, defence production units and other installations.  Various other government ministries have also made similar promises.  However, none of this will cut ice with the disenchanted youth.  They, along with a host of ex-servicemen, know the fate of such promises.

Here is an example of the Hindutva-corporate alliance at work.  The way the corporate sector is hailing the scheme, it appears that the army has now become the training school for jobs in big industry. However, the hard reality is, as thousands of ex-servicemen and retired officers know, the recruitment of ex-servicemen by corporates is meagre.

The reason for the support of the corporate sector for the Agnipath scheme lies elsewhere.  With the defence production industry open to the private sector, it is the big industrial houses like Tatas and Mahindras who are getting into defence production projects.  The restructuring of the armed forces with contractual soldiers and the availability of a large pool of demobilised soldiers will serve their interests in future.  If the corporates have a stake in the restructuring of the armed forces and the privatisation of defence enterprises, the Hindutva forces can look forward to swelling their ranks with a large number of  demobilised soldiers who will vent their frustration at not getting jobs and losing their status in society.

One has only to extrapolate on BJP leader Kailash Vijayvargya’s remark that if he had to hire someone for the security of the BJP office, he would give preference to Agniveers.  The same preference would be extended to recruiting them to the Bajrang Dal and the Hindutva brigade.

The Agnipath scheme is an assault on a vital institution of the Indian State, the armed forces.  This needs to be opposed, protested and rolled back.