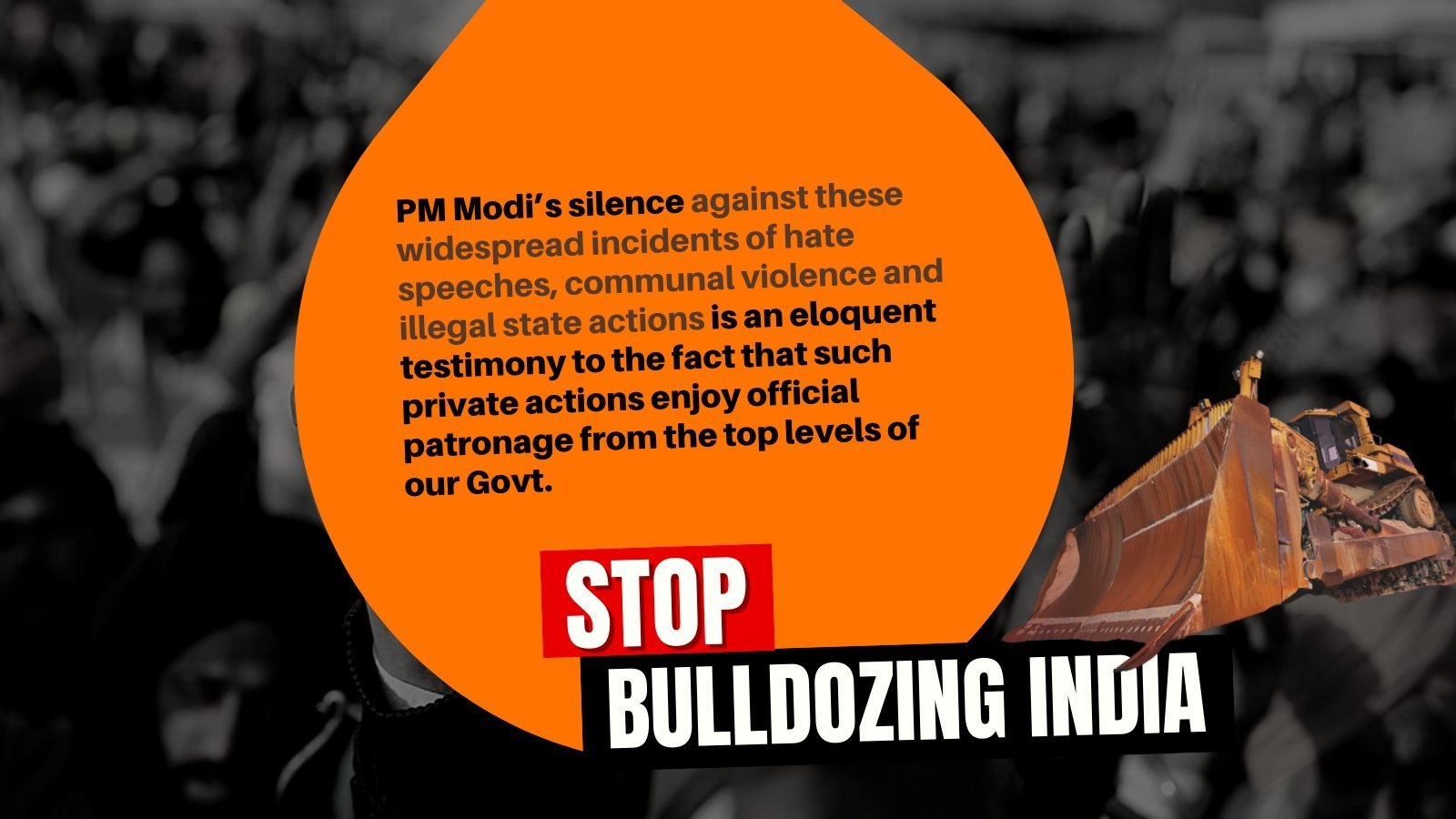 The Wages of Bigotry

THE BJP and the Modi government have been hoist on their own petard. After presiding over a systematic anti-Muslim campaign and whipping up Islamophobia, the government and the ruling party are faced with a strong diplomatic backlash from most of the Muslim countries, among them the UAE, Qatar, Kuwait, Saudi Arabia, Iran, Iraq, Indonesia, Malaysia and Turkey.

Two BJP spokespersons – Nupur Sharma at the national level and Naveen Jindal of the Delhi BJP – had made offensive remarks against Prophet Muhammad on national television and social media respectively. Sharma’s despicable remarks were made on May 27 and it met with protests within the country. The BJP ignored these protests by Muslims and secular organisations.

Within the country, the authorities came down with a heavy hand on the protests in Kanpur and scores of Muslims were arrested under the National Security Act.

But on June 5, after the Qatar government summoned the Indian Ambassador and lodged a formal protest followed by Kuwait and other Gulf states, the BJP responded by suspending Nupur Sharma and expelling Naveen Jindal from the party.

The government, through its ambassador in Qatar, declared that the offensive remarks do not reflect the views of the government but that of “fringe elements”.  The hypocrisy of this statement is glaring. By dubbing official spokesperson of the ruling party as “fringe elements”, the party self-condemned itself. It has confirmed that it is the “fringe elements” who are the mainstream of the party. In reality, Islamophobia is intrinsic to the BJP’s declared Hindutva ideology.

Anti-Muslim rhetoric is part of the official stand of the BJP. Just as Nupur Sharma’s vitriolic comments were aired, another BJP leader, Tejasvi Surya, member of parliament and president of the BJP’s Yuva Morcha was declaring in Australia that the Muslim conquest of India was “the bloodiest chapter in the history of the world” and that the history of Islam is “writ large with bloodshed and violence”. Due to protests by Muslim student organisations and civil rights groups, his participation in the official event of the “Australia-India Youth Dialogue” was cancelled.

The ministry of external affairs spokesperson  has strongly rebutted the statement of the Secretariat of the Organisation of Islamic Cooperation (OIC) which has 57 countries as members. The spokesperson dubbed the statement as communally motivated. Such a sharp response was elicited since the OIC statement accurately stated the context in which the offensive remarks were made. It said that these remarks by the spokesperson of the ruling party was part of the “growing spate of hatred and defamation” of Islam and “systematic practices against Indian Muslims, particularly in the light of a set of decisions to prohibit the use of hijab in educational institutions in some Indian states, including demolition of Muslims’ properties and growing violence against them”. It is for stating the facts as it is that the Modi government replied with such simulated anger.

The anti-Muslim agenda is having serious repercussions on national unity and is unleashing extremist violence of all hues. This is being seen in its most pernicious form in Jammu and Kashmir. The abolition of the state of J&K and its special status laid the grounds for marginalising the Kashmiri Muslims and the main political parties in the valley. There is the ongoing brutal suppression of the basic rights of the people in the valley.  This has led to the Islamist extremist backlash targeting the Kashmiri pandits and migrant workers who are being selectively killed by terrorist groups. The J&K policy of the Modi government is in tatters as a result. The wages of bigotry are being reaped.

Many Muslims had been arrested earlier for social media posts on the charges of offending religious sentiments or promoting communal disharmony. But no such action has been taken against either Nupur Sharma or Naveen Jindal. Instead, the Delhi police, which is under the union home ministry, has extended police protection to her against perceived threats to her life.

It is clear that the suspension of her party membership is not acceptable to the mass of BJP and RSS supporters. Even this action was taken by the BJP leadership due to external compulsions. The statement issued by the leadership does not unequivocally condemn and disown her remarks.

It is not enough for the Modi government to say that it respects all religions, it has to assure the country and the world that Muslims will be treated as equal citizens in all respects and any anti-Muslim activities will be curbed by law.

Not stating so categorically means that the BJP and the government are only biding for time for the diplomatic storm to die down before getting back to its business of baiting the Muslims. But as the Nupur Sharma episode shows, the Hindutva agenda of the Modi government and the BJP is coming increasingly under international scrutiny. The “Vishwaguru” is being seen in a darker and sinister light by the world.