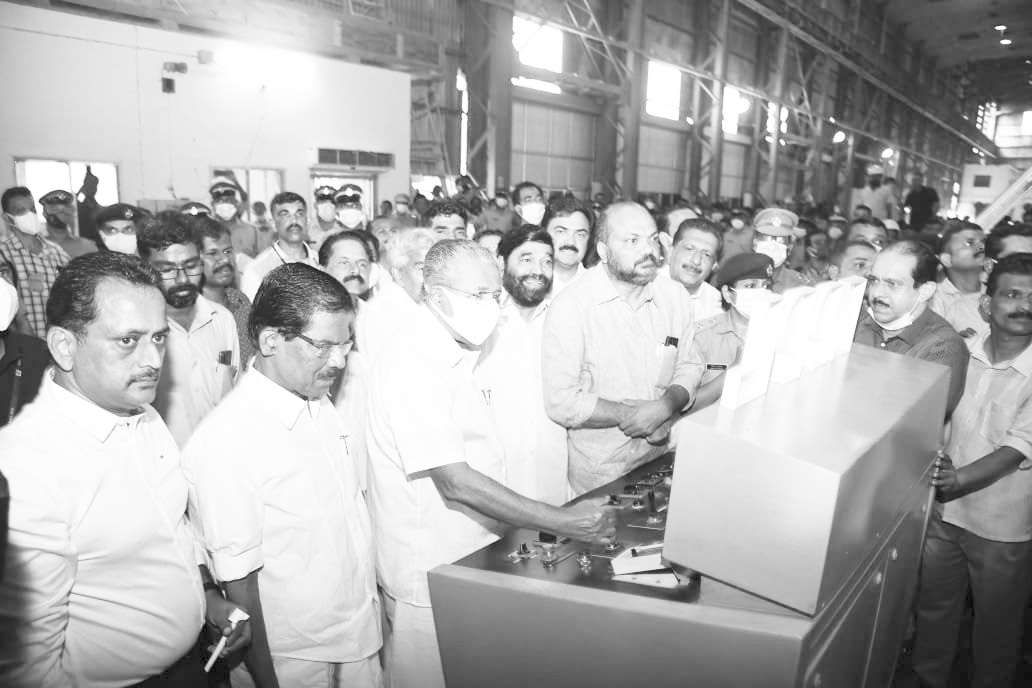 He said that the government is focussed on modernising the state’s industrial sector, including IT, tourism, biotechnology, agriculture and food industry. Plans are there to establish one lakh new enterprises in the current fiscal and the state has already received Rs 7,000 crore investment offers. A master plan on industrial development till 2030 has been prepared.

The state industries minister P Rajeeve said that the revival of the Hindustan Newsprint Limited, a central public sector unit that remained defunct for three years, as KPPL signals an alternative model of industrial development. By taking over the company, which had faced insolvency for long, through a resolution plan, the Kerala government has rolled out a strategic plan in four phases for its revival and sustained operations.

While the initial production is planned using own de-inked pulp and purchased pulp from the Tamil Nadu Newsprint and Papers Limited, the unit would undertake production with its own pulping streams in future.