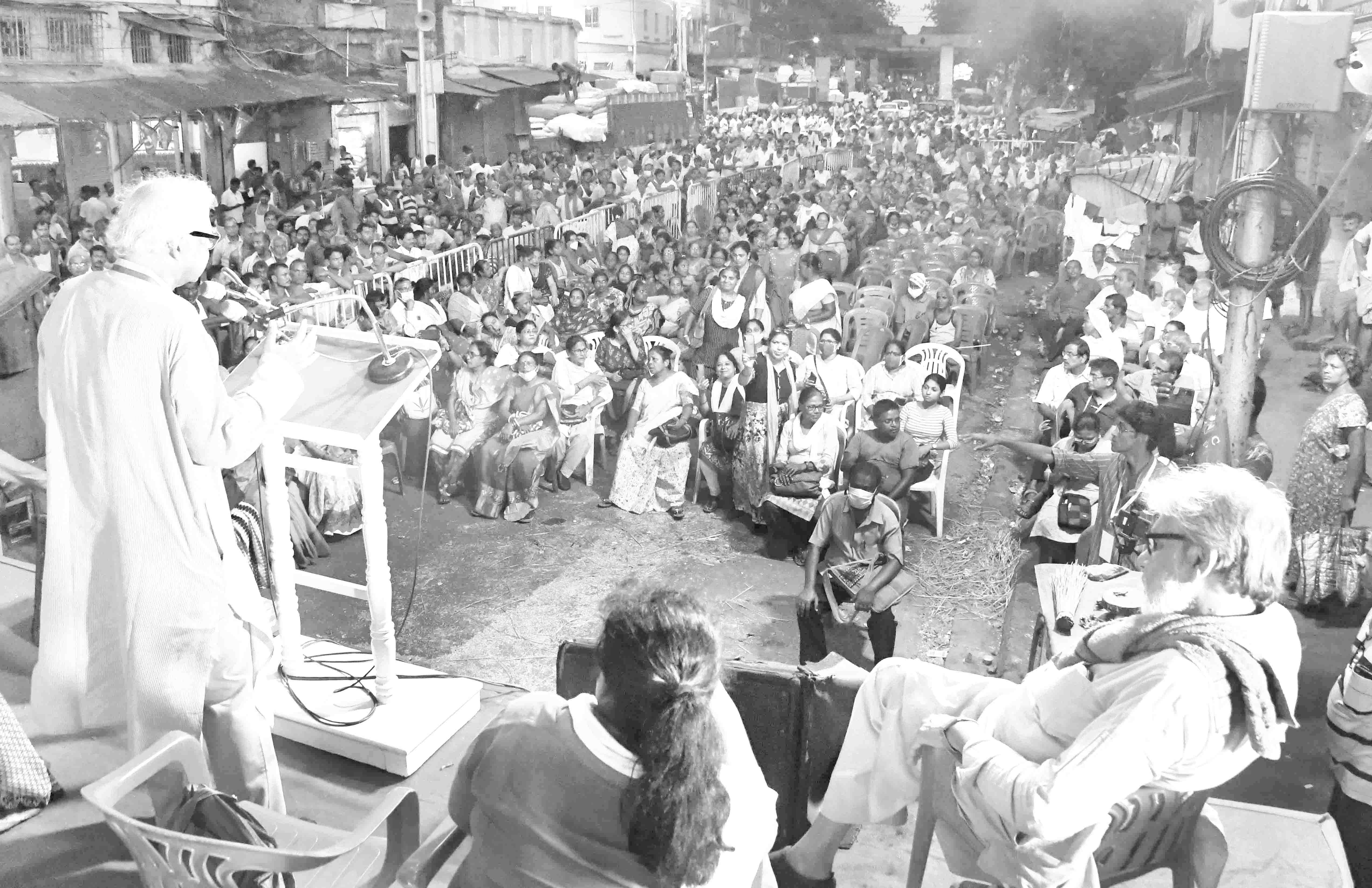 On the occasion of the national convention, a public meeting was held on 20 May at Posta, Kolkata. The rally which was organised locally was attended by more than thousand working women and hundreds of local workers. The public meeting was addressed by Tapan Sen, general secretary, Anadi Sahu, Subhash Mukherjee, general secretary and president of West Bengal state committee of CITU, A R Sindhu, secretary and convenor of AICCWW (CITU). The meeting was preside over by Madhumita Bandopadhyaya, secretary, CITU and convenor of West Bengal State Coordination Committee of Working Women (CITU).

The convention began with the hoisting of flag by K Hemalata, president, CITU on 21 May. The condolence resolution was moved by Usharani, secretary, CITU. Bikas Bhattacharya, MP and chairman of the reception committee welcomed the delegates.

Tapan Sen inaugurated the convention. Narrating the socio political situation in the country and world over, he congratulated the working women for their  increasing participation and leading role in the struggles conducted during the last few years especially during the Covid-19 pandemic when the entire country was in doubt about the nature and possibility of the struggles. He called upon the delegates to self critically assess their role within the CITU in taking up the special issues of women workers in various sectors and ensuring the representation of women in all leading bodies of CITU.

A R Sindhu, convenor, placed the report. The report noted that women workers of our country are bearing a disproportionate burden of the capitalist crisis and the impact of pandemic by way of increase in the share of unpaid work done by women. There is tremendous possibility of building national movements on various issues of working women. At the same time sustained movement can be built on the basis of local and sector specific demands, the report said. It also pointed out the lack of understanding in developing local struggles based on the specific situation of the state/district as per the organisational priorities of CITU as one of the main shortcomings of the CCWWs. The report self critically assessed the functioning and role of the state CCWWs and proposed for more discussions and classes for clarity of understanding at all levels of CITU. It emphasised on the need of development of women cadres.

31 delegates took part in the discussions. They narrated the issues of unequal wages, non availability of maternity leave, compulsory night work, sexual harassment at workplaces etc in various sectors ranging from domestic workers to IT employees. They also shared the experiences of the interventions of the CCWWs and achievements they could make through struggles.

The convention was greeted by Malini Bhattacharya, president, AIDWA. She emphasized the need for more broad based struggles against discrimination and violence against women as well as communal danger.

The convention passed two resolutions – on the threat of RSS led state sponsored communal terror and on solidarity to the struggling anganwadi workers and helpers of Haryana and Delhi.  The credentials report was placed by Malati Chittibabu.

After the reply by the convenor, the report with 22 point charter of demands and future movemental and organisational tasks was unanimously adopted. The convention identified certain priority sectors apart from consolidating and advancing the scheme workers movement as well as of the traditional sectors, where a large number of women are working, like domestic workers, garment sector, production value chains, nursing and health care, private schools, shops and malls, gig workers etc  where the CCWWs will take initiative to unionise workers.

The convention decided to have all state/district/union level conventions of working women before the respective conferences of the CITU. These conventions will discuss the sectors where large number of women are working in the state, issues of women workers, prioritising movements and unionisation, cadre development etc along with the review of the activities and functioning.

The convention decided to have a nationwide campaign on the basis of charter of demands. Local charter will be finalised on the basis of concrete study and assessment of the situation at state and district levels. The campaign will culminate in mass mobilisation at district/state level on International Women’s Day 2023.