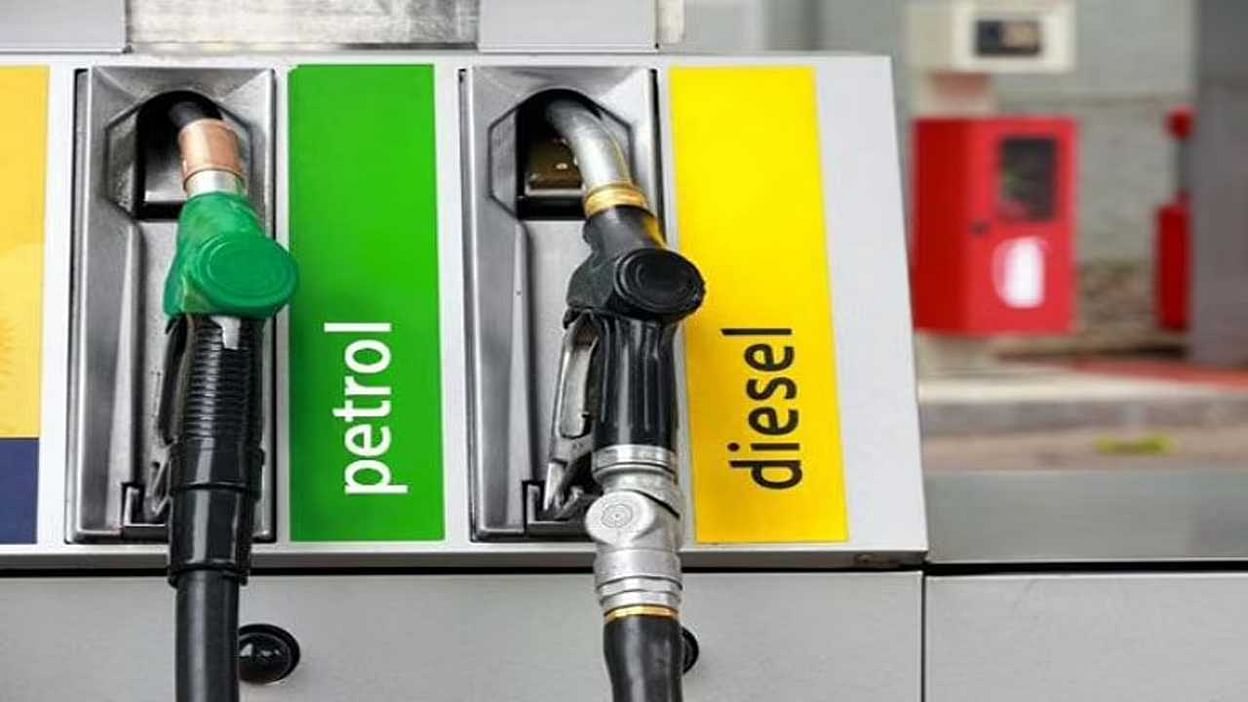 A Tax Burden that Attacks The Federal Rights of States

THE Narendra Modi government reduced excise duty on petrol and diesel on the eve of Deepavali. While the reduction for petrol was Rs 5, duty on diesel came down by Rs 10. The finance ministry ‘dedicated’ the reduction to farmers for keeping “the economic growth momentum going even during the (Covid-19) lockdown phase” and said the reduction “will come as a boost to the farmers during the upcoming Rabi season”. Not only this, soon after announcing the decision, Bharatiya Janata Party workers in opposition-ruled states held protests demanding that these governments decrease value added tax on petrol and diesel.

The constitution does permit the centre to levy cess and surcharges beyond the basic taxes and duties in extraordinary situations. But making it manifold higher than the basic taxes is nothing but a misuse of such provisions of the constitution. These additional taxes do not go to a divisible pool and such a high burden of taxes is an attack on the people and the federal rights of states.

Surcharge is defined as a small amount of tax levied over and above the existing tax. How can it be seven or eight times higher than the basic tax? What is the justification for this? Now the basic excise duty is Rs 1.40 and the rest of the tax is made up of special additional excise duty and cess which would not go to divisible pool and to the states. Article 271 says: “Notwithstanding anything in articles 269 and 270, parliament may at any time increase any of the duties or taxes referred to in those articles except the goods and services tax under 246A by a surcharge for purposes of the union and the whole proceeds of any such surcharge shall form part of the Consolidated Fund of India.” This is a saving clause, which is being misused by the centre to curtail the rights of all states.

REVENUE DATA
To make this point clear, let us look at the following estimates. The union government has collected around Rs 3.72-lakh crore in 2020-21 as revenue from petroleum products as per the data published by the Petroleum Planning and Analysis Cell (PPAC). Of this, only around Rs 18,000 crore is collected as basic excise duty. Around Rs 2.3-lakh crore is collected as cess and the rest Rs 1.2-lakh crore is collected as special additional excise duty. Here, three important points emerge to be noted: 1. The basic tax component of the entire Rs 3.72-lakh crore is merely Rs 18,000 crore, which is as low as 4.8 per cent of the total revenue from petroleum products; The divisible pool is only 41 per cent of this Rs 18,000 crore; Most importantly, cess and additional excise duty on petroleum products constitute around 95 per cent of the total revenue from petroleum, which are not to be shared with the states at all. This is a classic example of undermining federalism prevailing in the country. This has to be subjected to intense discussions including dimensions of constitutional provisions under which the aforementioned duties and cess have been imposed.

After the implementation of Goods and Services Tax (GST), states have the right to decide the taxes on just three goods – petrol, diesel and liquor. By unilaterally taking away the bulk of the tax revenues on petrol and diesel, the centre has done injustice to the states. This is obtuse use of fiscal federalism. All states must oppose this in a united manner.

The country is going through an unprecedented crisis. The novel coronavirus pandemic has worsened it. States have to earmark funds to assist the people. In a state such as Kerala, we have done our best to protect the people by providing a food kit, monthly financial assistance to below poverty line families who lost their bread-winners due to Covid-19 and other necessary arrangements.

RELEVANCE OF RNR
The promise was that the revenue neutral rate (RNR) will be implemented, which means states would get revenues similar to what they were getting before the implementation of GST. The average taxes on goods were 16 per cent during the initial GST period. The average rate of taxes in goods at present is 11.3 per cent. But has any consumer benefited from it? Instead, inflation has also been rising. All essential items are more expensive than the pre-GST price. Neither governments nor the people have benefited from this.

On an average, the country collects Rs 1-lakh crore a month as GST – Rs 12-lakh crore in a year; Rs 6-lakh crore each for the states and the centre. Had RNR been maintained, the total amount would have been Rs 18-lakh crore at the rate of 16 per cent. States would have received at least Rs 3-lakh crore additionally. Kerala would have got Rs 12,000 crore as SGST and at least Rs 2,500 crore as the state’s share from the divisible pool. So when the centre lost Rs 1,80,000 crore just because RNR was not maintained, Kerala lost Rs 14,500 crore from its revenues annually. This has to be corrected. Democratically decided taxes are essential for any state or the country to survive. The promise at the time of implementing the GST was to maintain RNR. But the facts are different. A detailed analysis must be done on why states are losing revenue. GST has to be streamlined to ensure RNR, but without hurting the common people.

After fleecing the states, the centre has now proposed the National Monetisation Pipeline which will impact even the sovereignty of the Republic of India. To meet even daily expenses such as the salary of employees, the centre is resorting to massive sale of the wealth of the country. The real reason for such a crisis is the neoliberal policies followed by governments at the centre since 1991. As a result, even profitable Navratna companies, national highways and railway stations are up for sale.

ENTITIES THAT GAIN
And who are the beneficiaries of all these steps? A handful of corporate houses. The centre, which has calculated Rs 6-lakh crore as the value of the public wealth that will be monetised, waved off corporate loans worth Rs 8.75-lakh crore. Now, a bad bank will take care of the non-performing assets created by these corporate houses at the cost of public money deposited primarily in public sector banks. On the one hand, public wealth is being handed over on a platter to corporate houses while on the other hand the debt of these houses is being taken care of by the centre using people’s money. Strange, indeed. About Rs 1-lakh crore worth of corporate taxes were also foregone in the last financial year. The sops given to corporate houses resulted in huge revenue losses for the centre, and in turn for the states from a divisible pool. To compensate for this, the centre is exploiting people during a pandemic by levying taxes on petrol and diesel to the maximum possible extent. Revenues which would have helped the people during a pandemic are flowing towards a group of corporate companies. This has to stop. Collective action by all opposition parties is needed against these policies at this time.