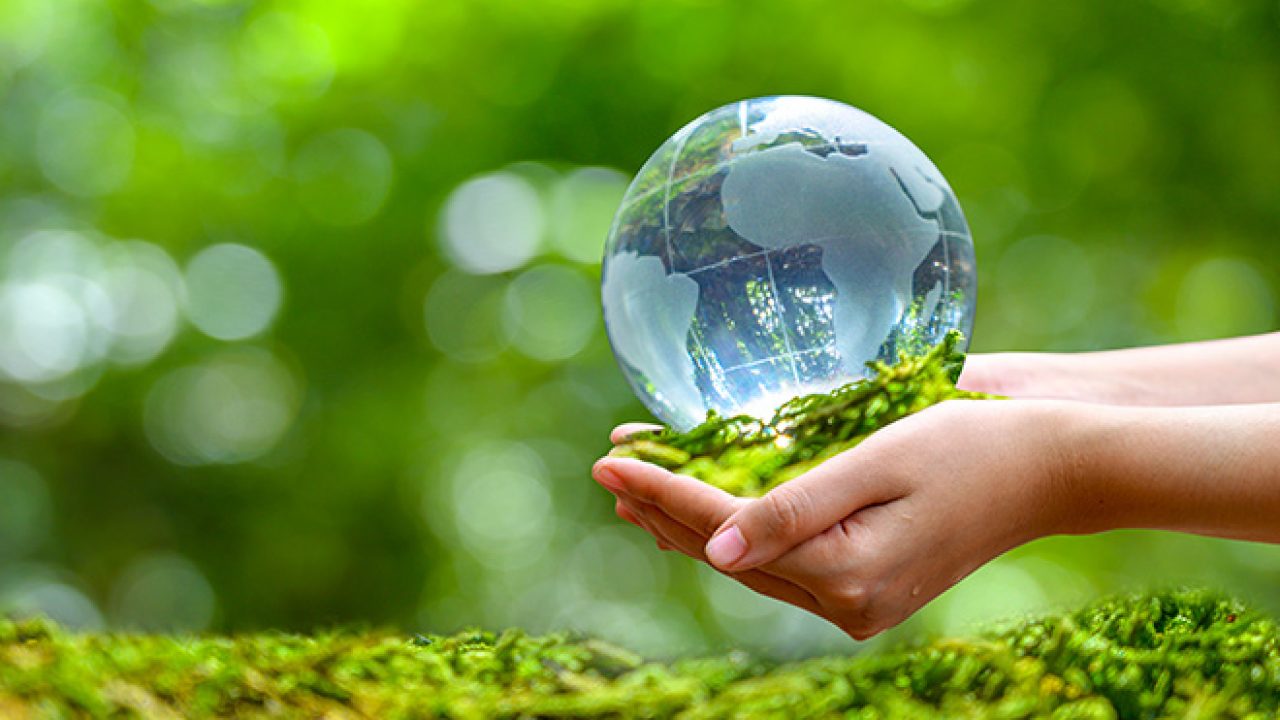 Can the Developing World Stand Up to The Global North at COP-26?

AS delegations from 192 countries head to Glasgow for the 26th Conference of Parties of the United Nations Framework Convention on Climate Change (UNFCCC), it is important to underline some of the key issues before the global south as a whole, including India in particular. These nations face a double challenge in Glasgow. On the one hand they are extremely vulnerable to the impacts of climate change which is a result of emissions from the rich countries of the global north and the continuing inaction of the latter to mitigate climate change. On the other hand, the developmental future of poor countries is being threatened by pressures to undertake energy transition out of fossil fuels prematurely, with virtually no technological or financial support.

In the Paris Agreement, countries have agreed to pursue efforts that limit the total temperature rise from pre-industrial levels to “well below 2 deg. C” and in fact even try to restrict it to 1.5 deg.  The world has already warmed by about 1 deg. C from pre-industrial times. This warming is a result of historical emissions of greenhouse gases. Carbon dioxide (CO2) is the largest contributor to this warming. Between 1850 and 2019, the world has emitted about 2515 billion tonnes of CO2. More than 60 per cent of these emissions have come from the developed countries. The US alone, with only 4 per cent of the global population, is responsible for about a quarter of the historical emissions so far.

The total extent to which the world will warm as compared to pre-industrial levels will be determined by the cumulative greenhouse gas emissions – the total carbon budget – from pre-industrial times (1850) till the world reaches net-zero emissions, i.e., a point where anthropogenic emissions of CO2 are exactly balanced by their removal. For a reasonable chance that global warming is limited to below 1.5 deg. C, the world has a total carbon budget of about 3000 billion tonnes of CO2 from 1850 onwards. Of this, about 85 per cent has already been exhausted. What remains for the future is very little and it is therefore essential that developed countries leave the remaining carbon budget for poorer nations who would need to use domestically available resources, fossil fuel or otherwise, to ensure their development. This has been the key contentious issue –

the question of equity – ever since the beginning of climate change negotiations.

Unfortunately, in the last 30 years, developed countries have managed to progressively weaken any move towards an equitable solution to the climate change problem. They have continuously delayed serious action to deal with climate change, especially a sharp reduction of their greenhouse gas emissions.  But having dithered over decades, worsening the climate crisis, they are now demanding that all countries declare increased ambition for climate change mitigation as this is an urgent need to ensure a safe planet.

A new tactic of the rich countries is to demand that India and other developing countries declare the year in which their net emissions will be zero. Most developed countries have themselves declared similar target years. The claim is that this is demanded by the Paris Agreement to which all countries are signatories. However, this is blatant misrepresentation. The Paris Agreement does mention the global goal of net-zero emissions, but it is in the “second half of this century” as necessary for limiting global warming. Nor does this translate into a net-zero target for individual countries. Indeed, if global emissions are to reach net-zero by 2050, developed countries must reach this level much earlier, to allow space for poorer countries to industrialise, build infrastructure, and provide modern energy services to their populations.

The declarations from the richest countries that they will only phase-out some fossil fuels in the next decade, and reach net-zero emissions only 30 years from now, essentially means one of two outcomes – i) the task of ensuring that temperature rise is limited falls to the less developed countries, or ii) we are heading towards a world that is at least 2 deg. C warmer if not more.

Like many other less developed countries, India will suffer the brunt of the impacts of climate change. This is not only because of vulnerable ecosystems. A far greater source of concern is the extent of the vulnerable population in the country. Ironically, because of their unrestricted use of fossil fuel resources, developed countries have been able to build infrastructure and achieve a certain level of development that protects their populations from shocks, both climatic and others. The development of productive forces is key to enabling a stronger defense against the kind of impact, which will become more intense and frequent as global temperatures rise.  Can this be achieved without using fossil fuels?

While there is much optimism about renewable energy, and rightly so, we are still far from any guarantee that these technologies alone in their current state of development will deliver the kind of development we envisage for our people. Even the richest countries still continue to depend on a combination of coal, nuclear energy, and oil to power productive activity in their countries. Where a transition from coal has occurred, it has been to another fossil fuel, namely natural gas. India does not have the same options for a number of geopolitical and economic reasons.

Renewable energy sources such as solar and wind energy are dependent on the availability of solar radiation and wind respectively. There is large daily and seasonal variation in electricity from these sources that requires technology for electricity storage. Solar energy is not available in the evenings, and this is when there is the highest daily demand for electricity. Neither is it available in the night and industrial production that cannot be simply switched off every evening. While hydropower resources can be used to balance the variation in energy from these sources, its own availability is also seasonally constrained. Hydro resources are also required for drinking water and irrigation purposes and cannot be dedicated only for power generation.

Even so, renewable energy sources are already playing a large role in India’s power sector and their contribution will only increase in the future. However, it must be remembered that most of India’s renewable energy technology is imported. In 2019-20 alone India imported over Rs 11,000 crore worth of renewable energy equipment only for solar power. Efforts to enhance domestic manufacturing have fallen woefully short despite the grand narrative of ‘Atmanirbhar Bharat’.

Whatever little effort was made in this direction, was effectively crushed by the combination of the United States and World Trade Organisation (WTO). The US filed a complaint with the WTO against India for including a domestic content requirement to support the local manufacture of solar energy equipment in its National Solar Mission; the WTO predictably ruled against India. Such a ruling would not have derailed local manufacture of solar technology had the government pursued solar energy development projects in the public sector. Domestic procurement for government projects is exempted from WTO rules. Unfortunately, successive governments including the current Modi dispensation’s belief in private capital for public purposes, foreclosed this route.

Such blatantly inequitable norms are now being regularised across multilateral aid agencies and development banks. The G-7 rich have announced that they would stop aid to all coal related projects in developing countries, even when such use of coal is needed for energy use essential for development including the development of renewable energy sector itself. In the case of the United States, it seeks a total cessation of aiding even oil and gas projects. The cruel irony is that there is no such ban in their own countries on such projects. Even more ironical is their import of fossil fuels from the very countries where they will effectively ban the supply of energy from the same sources, to the local population.

The bogus argument offered is that such conditionalities would, on the one hand, benefit poor countries as it would reduce emissions and reduce the impact of climate change, and on the other incentivise private capital in rich countries to develop green technology to be deployed in the large markets that developing countries have to offer. The first is absurd, as it is global emissions that are the source of the problem. Local emissions per se have nothing to do with it. The second is essentially the normalisation of profiteering by first world capital, ostensibly as a solution to a problem for which the rich countries are responsible in the first place. An argument that you must reduce your emissions so that we can emit even more!

Despite the desire of successive governments to cultivate the self-image of India as an advanced economy, India in fact is a lower middle-income nation. The per capita income is only 10 per cent of that of the US, 11 per cent of Germany’s, and 40 per cent of China’s per capita income. An average Chinese national uses four times more energy than an average Indian; Germans and Americans 7 and 13 times more.

In the last three decades, despite the claims of the successes of economic reform, India did not rapidly enhance its manufacturing capacity. Nor did it achieve poverty eradication on a scale that the country urgently needs. For this to happen, India needs a globally equitable climate action regime and the flexibility on how to use its fossil reserves within such a regime. In the international arena, it needs to do both: defend the need for development and an equitable allocation of carbon space necessary to achieve it.