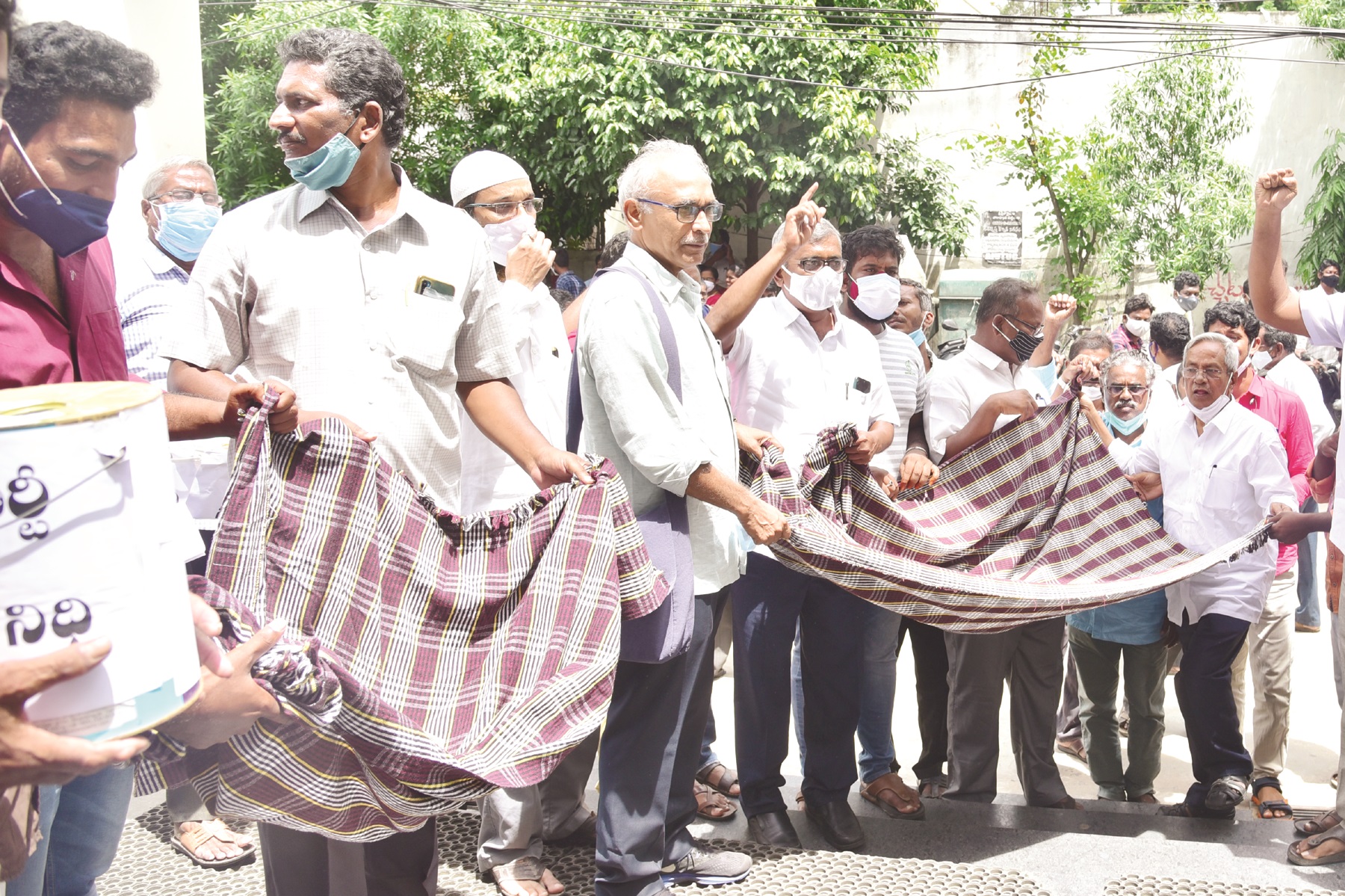 Addressing a public meeting in Vijayawada on September 14, he said that Modi’s misrule had crippled the country’s economy and the outbreak of Covid-19 pandemic had worsened the situation. While other countries were gradually limping back to normalcy in the post-Covid situation, India made no progress, he underlined. He accused the Modi government of total failure in terms of controlling the spread of coronavirus and cited the case of China where 69 per cent of the population had received two doses of the vaccine, and the USA wherein about 54 per cent population got vaccinated, as against India where a mere 17 per cent have the protection of Covid vaccine.

Raghavulu said that the Modi government had become subservient to a few corporate bodies that are ruling the roost. The corporates are making a fast buck by increasing the prices of essential commodities in the pretext of the pandemic, while the government remained a silent spectator, he noted.

Raghavulu condemned the attacks on the Party offices in Tripura and attributed it to the ‘fear of defeat among BJP leaders who could sense the brewing dissatisfaction among people against the Modi government at the centre’. The leader said there were clear signs of people’s disapproval of the government policies and that the BJP was headed for a defeat in the next elections. He said the CPI(M) was successful in obstructing the communal politics of the BJP in Tripura. Unable to digest it, their party goons went on an attacking spree and targeted our Party offices, its leaders and cadres, he said, adding that such violent acts would not stop CPI(M) from taking on the communal forces in the country.

The BJP-ruled centre has failed to fulfill the assurances of special category status etc., to Andhra Pradesh and has been exerting pressure to burden the people of the state in the name of electricity and urban reforms. But the ruling YSRCP and the main opposition TDP have been supporting the bills put forth by the BJP in parliament. Instead of opposing the BJP these two parties criticise each other, leaving the enemy of the people, the Modi government. He appealed to the people not to allow the communal forces in Andhra Pradesh to gain hold.

The meeting was conducted by CPI(M) West Krishna district committee, in response to the call of the Party Central Committee and its September campaign against the anti-people policies of the BJP government. It was presided over by D Kasinath, member of the Party state committee.

Party state secretary P Madhu appealed to the ruling YSRCP and the main opposition TDP to support the September 27 Bharat bandh call given by Samyukta Kisan Morcha. Party state secretariat member Ch Baburao, state committee members DV Krishna, K Sridevi, corporator  B Satyababu and others shared the dais. This was the first in the series of meetings to be held across the state in Visakhapatnam, Kurnool and Tirupati to be addressed by all India leaders.

Raghavulu appealed to the people to contribute generously to the Tripura solidarity fund to defend the struggle of its people.