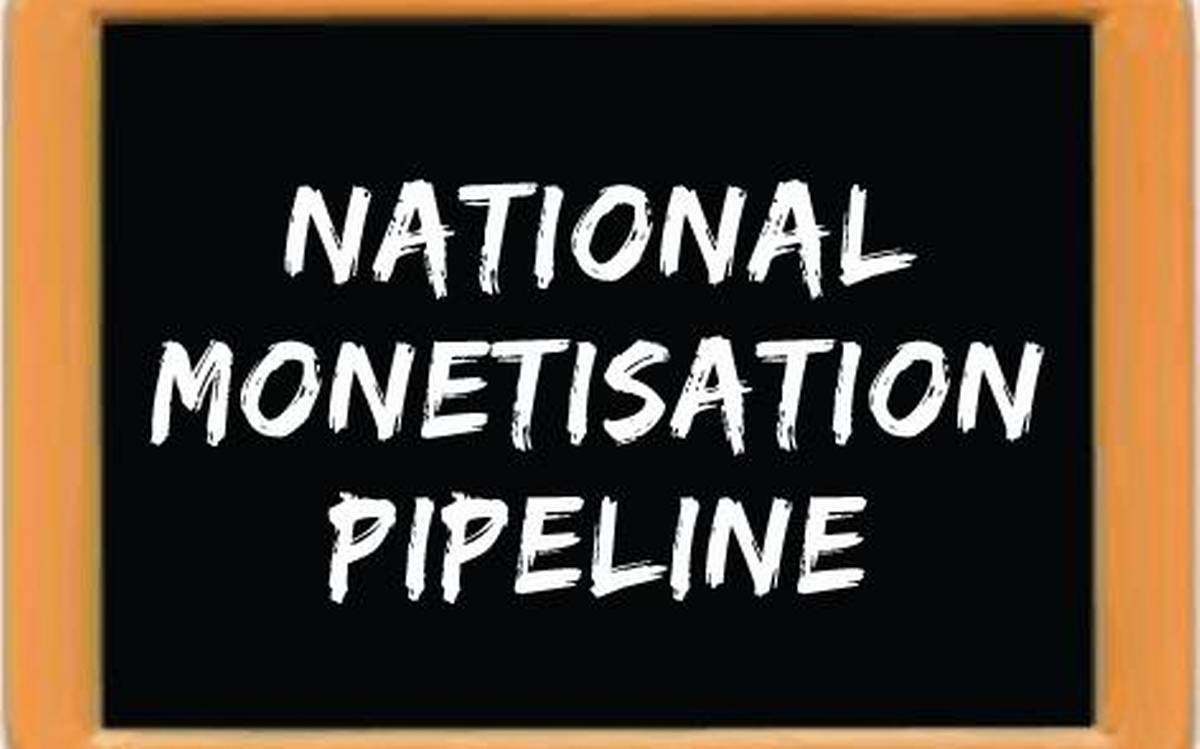 THE BJP government led by Modi recently unveiled a four year National Monetisation Pipeline (NMP) claiming to garner Rs 6 lakh crore for infrastructure development. In reality, the NMP is aimed to hand over huge functional infrastructural assets of the country to private corporates and big business houses, including foreign MNCs. The corporate cronies of the BJP government will be allowed to mint huge money utilising the assets built with people’s money.

The process of privatisation of national assets commenced with the onset of neoliberal policy regime officially launched in our country in 1991 by the Congress government. Successive governments at the centre pursued the same policies with varying degrees of intensity. The exercise proceeded through multi-pronged routes, the latest one being the National Monetisation Pipeline, intended to promote looting of national assets by the private corporates, domestic as well as foreign. Under the Modi regime, privatisation at any cost and by any means has become the hallmark of the BJP government.

The consistent and continuous united interventions by the working class, along with other factors, played an important role in building road-blocks to privatisation in many sectors thereby slowing down the entire process. Given the overall politico-economic scenario, private entrepreneurs both national and global have not shown the expected interest. Wholesale handing over of PSUs to private players could not fully materialise, though the disinvestment proceeds during the last seven years of Modi regime were Rs 3.96 lakh crore, compared to the total earnings through disinvestment of Rs 5.5 lakh crore since the last 30 years.

In the face of its inability to meet its ambitious privatisation targets, Modi government, is now seeking to hand over the huge State owned infrastructural assets practically free to the private players to make money. The government will remain a junior partner, sharing a small part of the revenue earned out of these assets. That is the sinister design of this so-called National Monetisation Pipeline.

The government argues that these are brownfield infrastructural assets, which have been “de-risked” from execution risks. By asserting that these assets are ‘de-risked’ the government is reassuring the private players and alleviating their anxieties or concerns about recovering their capital cost. It tries to make people believe that this would encourage private investment for further improving these infrastructures.

This is an absolutely false and deceptive claim to befool the people. Without having the formal ownership right on the assets, why should those private operators make capital investment in further expanding those assets? Rather those private players are going to increase at will the user charges of the infrastructural facilities. They will fleece the consumers by innovatively commercialising operations to make maximum possible money out of those assets within the transaction period of may be of 30 to 50 years. The government just wants to create an illusion that they would invest to augment and expand infrastructure.

The government is also arguing that the assets identified for monetisation are those that are either languishing or not fully monetised or are under-utilised. Again a false and deceptive statement! All these infrastructural assets like highways, electricity transmission lines, oil and gas pipelines, railway networks and stations, ports, telecom-towers have witnessed consistently increasing users over the decades. Besides, operational and utilisation levels of the infrastructure also depend on the overall state of economy. The utilisation of power transmission grids network is linked with and depends on the utilisation in indigenous power generation capacity and manufacturing activities in the country. Can the Power Grid Corporation be blamed for the consistent decline in the indigenous manufacturing sector and the resultant gross underutilisation of power?

The government also falsely claims that it is not an outright sale; the government is only transferring revenue rights to private parties for a specified transaction period in return for upfront money, a revenue share and commitment of investment in the assets. But in reality, the national infrastructure is highly undervalued and is being handed over to corporates for a long period against a pittance as an upfront payment. It is nothing but an unscrupulous way to hand over national infrastructural assets to private players virtually free.

CPSUs and their infrastructural assets have definitely played, and are still playing a vital role in creating a self reliant economy and huge employment generation. They have also contributed to substantial development and expansion of the private sector industries and services. There is no explanation as to how the present exercise is going to help the country and its people in future. What it is going to achieve is job losses, worsening of the already alarming unemployment, loss of opportunities for the socially oppressed sections of our society like the SC/STs etc as there will be no reservation in jobs for them in the private sector. The conditions of the workers, the people and the entire economy will worsen; it will be corporate cronies of the government alone who will benefit.

One thing must be kept in mind.

That infrastructural assets with stated worth of Rs 6 lakh crore have been targeted for monetisation does not mean that this amount will be deposited in the government exchequer as upfront money.

As has already been stated, the assets have been extremely undervalued. This can easily be established if the capital cost of the assets are calculated at today’s price and compared with the price that has been targeted for realisation.

For instance, 22 per cent of the National Highways aggregating 26,700 km is going to be monetised. The government announced that it would realise a sum of Rs 1.6 lakh crore from the said asset as upfront price. But, what exactly is the capital cost involved for such a huge infrastructure? Taking the estimate made by the ministry of road transport and highways in 2019 as the capital cost even today, the construction cost of 26,700 km of four lane national highways comes to not less than Rs 8 lakh crore.

It is now being decided that assets worth around Rs 8 lakh crore will be doled out to entrepreneurs of government’s choice for an upfront fee of a maximum Rs 1.6 lakh crore. In all probability, this would further be negotiated down by the private operator government nexus. Besides, the private players will be authorised to set up any number of toll plazas etc and collect any amount as toll. The revenue sharing agreement will in all likelihood enable the concerned corporate companies to regularly bag around 70-80 per cent of the revenue collected, without any investment whatsoever. Thus, on the one hand national infrastructure built with people’s money is being doled out to corporates and on the other, common people will be fleeced by the corporates through huge user charges and toll fees.

Similarly, it has been decided to hand over around 50 per cent of the existing pipeline for transporting natural gas i.e., 8,154 km, for a maximum upfront fee of Rs 24,642 crore. In August 2018, the capital cost of executing natural gas transmission utility was around Rs 5 crore per km. The capital cost for 8,154 km of pipe line, at the same cost comes to more than Rs 40,000 crore. The tariff for transporting natural gas is now decided by Petroleum and Natural Gas Regulatory Board. This is also going to be abolished in course of time. The government has made it clear that the corporates will have the authority to decide the service charges. There is every possibility of revision of the charges much upward once the property is doled out. It will again be the common people who will suffer, since prices of piped natural gas will increase causing hike in the end products utilising natural gas as feedstock or fuel.

It will be the same story in the case of all the other infrastructural assets. Undervalued assets, built over decades with people’s money, will fetch a pittance to the exchequer; people will have to cough up large amounts of money as user charges to use the very assets built out of their money.

The extreme right wing BJP regime has an animosity against self-reliant development of the national economy founded upon the huge public sector network built during the seven decades since independence. Unable to attain the expected success in its project of privatisation through direct sale of PSUs to the corporates due to several factors, including the determined opposition by the united struggles of the workers, the Modi government has now decided to hand over huge infrastructural assets virtually free to the private corporate sharks in return for a paltry share of revenue to the exchequer. The corporate burglars, who have not invested a single paisa in developing this huge infrastructure, will now be allowed to hold them, operate them and pocket the lion’s share of the revenue.

It is not without reason that the ruling party has captured as much as 92 per cent of the total corporate donations in 2017-18. Corporates donated 12 times more money to the ruling BJP than to other national parties in 2017-18. It is reported that the ruling party continued to get donation at the rate of more than Rs 10 crore a day, if the total funding from 2014 to 2018 is taken into account. Though the list of contributors of the political funding is not disclosed, it is very clear that they are the same corporate/businesses who received the benefit of CPSU’s disinvestment, and for whom now the door of huge infrastructural asset of the country has been opened for loot and plunder.