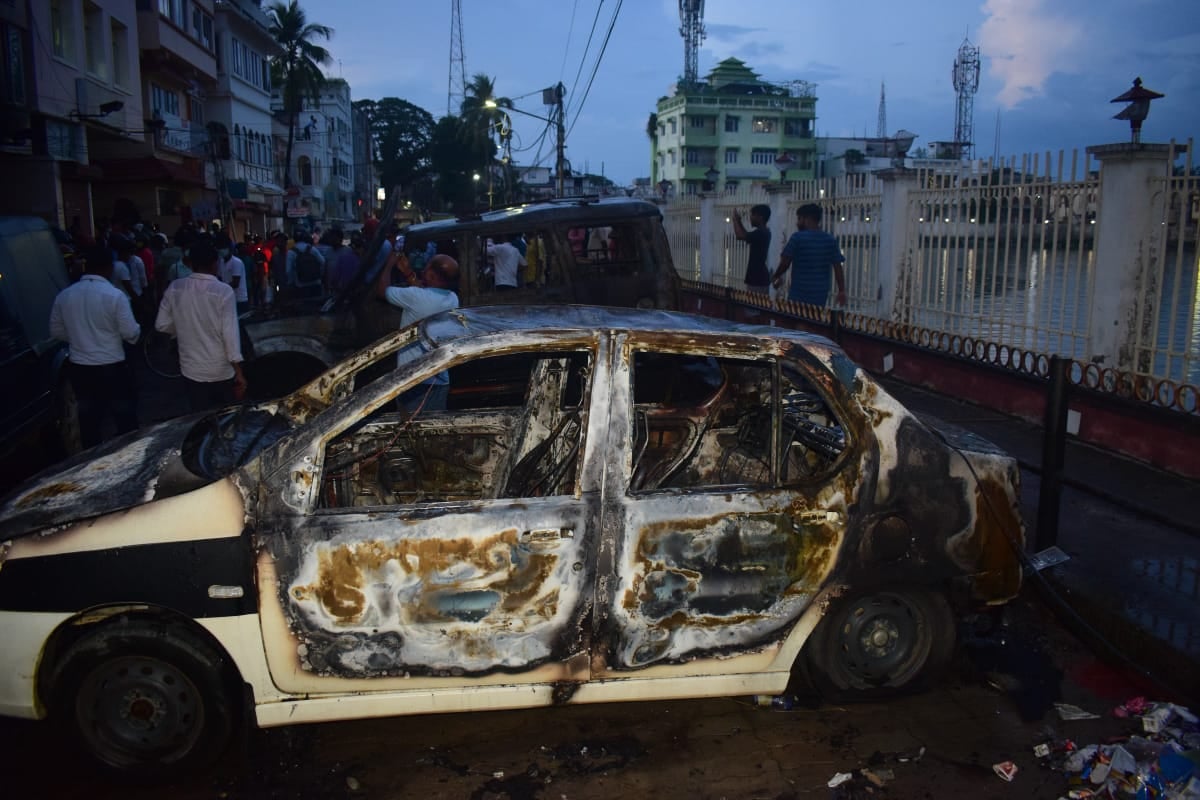 End this Vicious Violence in Tripura

THE Polit Bureau of the CPI(M) strongly condemns the violence unleashed in Tripura by the ruling party, the BJP, against the CPI(M) and the Left Front.

The most brazen attack was on the state committee office in Agartala.  They have ransacked the ground and first floors of the office, burnt two office cars and broken the bust of Dasarath Deb, a revered leader of the people of Tripura.

Even the media was not spared with attacks on the offices of an electronic media channel `PN-24 News’ and a newspaper `Pratibadi Kalam’.  The office of the newspaper `Daily Desharkatha’, which is supported by the CPI(M), was also damaged.

It is to be noted that the police who were present at many of these venues remained silent bystanders.  In the case of state committee office some CRPF jawans were present in front of the office but they were withdrawn an hour before the attack began.

The impunity with which the BJP gangs operated shows the connivance of the state government.  These attacks took place because the ruling party has tried and failed to suppress the activities of the main opposition in the state.

This outrageous attack on democracy and the 0pposition must be condemned by all democratic-minded people and parties.

The central government, in particular the home ministry, should intervene immediately to ensure that the rule of law prevails and the rights of citizens are protected in Tripura.

The Polit Bureau calls upon all its Party units to organise protests demanding an end to the attacks on the CPI(M) and protection of democratic rights in the state.