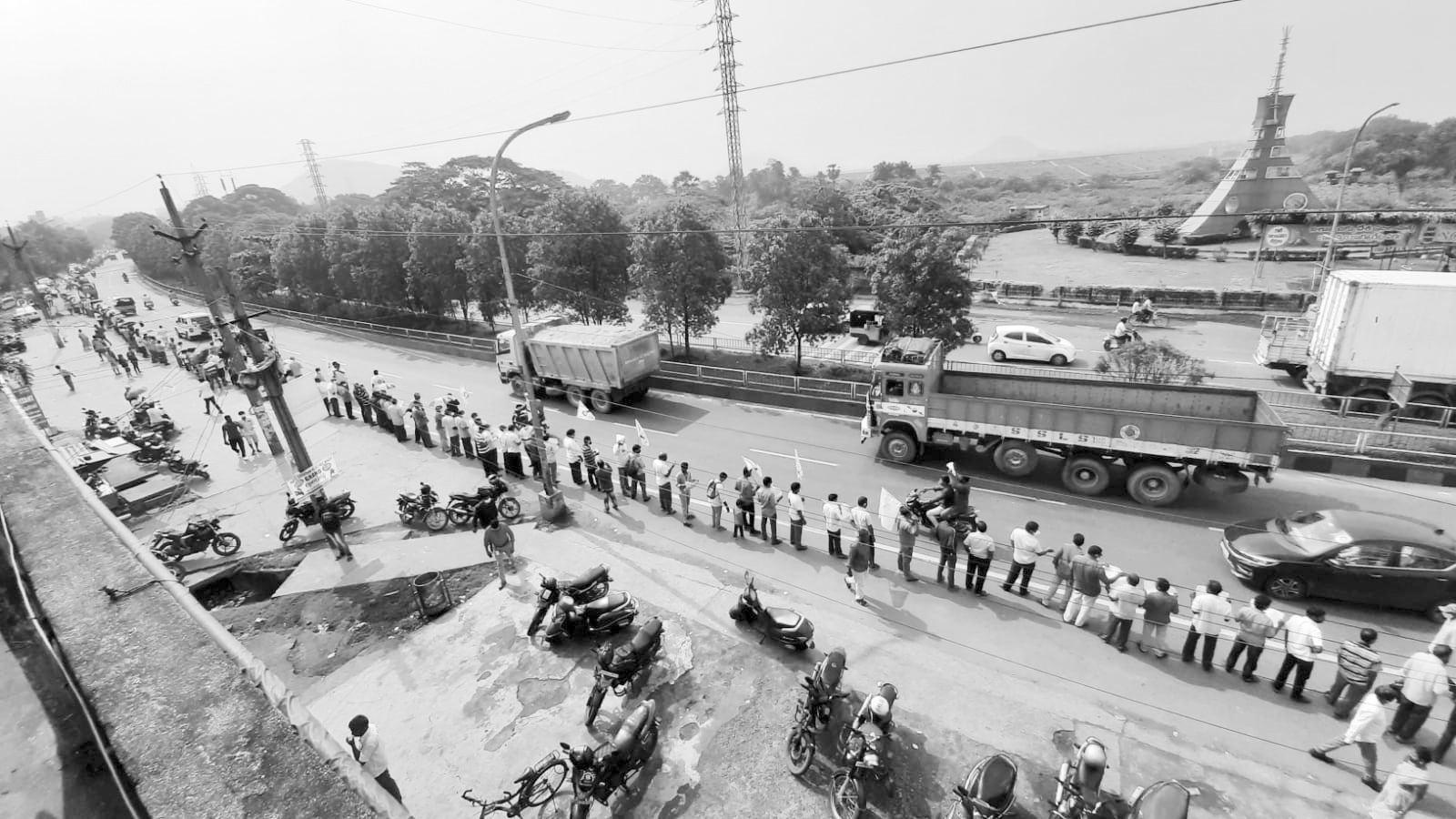 THOUSANDS of people participated in the 10-kilometre human chain along the National Highway-16 from Aganampudi to Akkireddypalem in Visakhapatnam on August 29 to protest Modi government’s move of strategic sale of Visakhapatnam Steel Plant. In response to the call given by the Visakha Ukku Parirakshana Porata Committee, which is spearheading the agitation, hundreds of Steel plant workers, displaced persons and their family members, and the general public joined hands to form the human chain.

The participants held placards and stood on one side of the highway from 8 am to 10 am. They raised slogans of ‘Visakha Ukku, Andhrula Hakku’ (Visakha steel is the right of Andhrites), and ‘Save Vizag Steel’. They said that the time has come again for the people to raise their voice against the BJP government, which is trying to sell PSUs to the corporate groups.

Leaders of various trade unions remembered the 33 martyrs who gave their lives in the agitation that led to the establishment of the steel plant in Visakhapatnam. They also recalled the sacrifice of the villagers who gave 26,500 acres for the Plant in the fond hope that their children would get jobs there.

The leaders resolved that the agitation will continue until the centre revoked its decision. They said that the representatives of corporate groups trying to acquire the Plant would not be allowed in the city.

Meanwhile, the relay hunger strikes being organised by the Porata Committee near the Steel Plant arch at Kurmannapalem continued for the 200th day on August 29. The sale of the Visakhapatnam Steel Plant and other public sector units will lead to the downfall of the BJP government, said all trade unions and people’s organisations and the joint action committee. They said that resolutions were passed in the state assembly and the Greater Visakha municipal corporation council against this decision. They said that the BJP government is shameless to call the act of privatisation of the Steel Plant as ‘strategic sale’. They also noted that the BJP government has been making statements repeatedly in the parliament that along with the Steel plant, other public sector undertakings would also be privatised.

Torch rallies and candle rallies were organised at various places throughout Andhra Pradesh on August 30 in solidarity with the movement and thousands of people participated. Leaders and followers of all political parties, except the BJP, and all trade unions, except BJP-allied Bharatiya Mazdoor Sangh participated in the rallies.