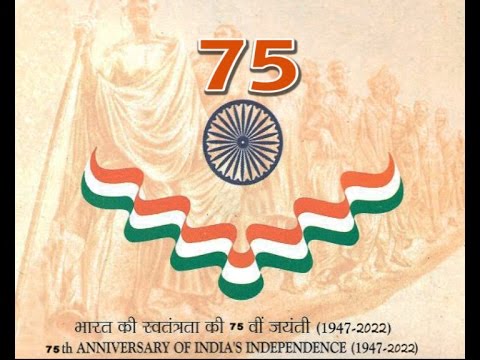 AN Independence Day speech, more so one which marks the beginning of the year of the 75th anniversary of India’s independence would surely have merited a reiteration of the values which won us our independence. But not for Prime Minister Modi. In his 88 minute long speech, there was only a cursory reference to the freedom struggle and its heroes. So unfamiliar are the names of India’s freedom fighters to the prime minister that he actually referred to Bengal’s freedom struggle heroine Matangini Hazra as belonging to Assam.

MISSING WORDS
It is more what the prime minister did not say which sounded loud and clear. Except for extending greetings at the beginning of his speech to those who “love India and democracy”, in the rest of his address the following key words were prominent by their absence, not used even once:  constitution, democracy, secularism, equality,  unity, pluralism, justice, workers, unemployment, inflation. Also missing were the words friendship, peace, good relations.

The missing words become more obvious in contrast to the brief speech made by President Ram Nath Kovind in his customary address on the eve of independence. He referenced some of these concepts : “India – home to the plurality of traditions – the biggest and most vibrant democracy – We acknowledge that we still have a long way to go in realising the dreams of those who won the freedom for us…Our Constitution neatly summarises those dreams in four words: Justice, Liberty, Equality and Fraternity. We must strive for more equality in an unequal world, more justice in unjust circumstances…In the spirit of "unity in diversity”, we as a nation are following the right course. The president also thanked the  “global fraternity” for the help they extended to India during the second wave, a point which was ungraciously ignored by Modi.

The marked difference in the tone and tenor of the two speeches may not have any deep political implications given the authoritarian nature of the present government, but it certainly shows up the prime minister’s alienation and distance from the ideals of the freedom struggle and the unfulfilled promises of independent India towards the working people of India.

COMMEMORATING COMMUNAL DIVIDE?
This was further highlighted by his announcement that “India will commemorate August 14 as “Partition Horrors Remembrance Day” in the memory of all the victims of partition. Partition was one of the greatest of tragedies inflicted by the British on India in tandem with the communal forces acting in the name of religion whether Muslim or Hindu. There is no doubt that it was horrific with the loss of over a million lives. But if one is to remember such a tragedy in the life of a nation, the pledge would surely be to ensure that the politics of communalism and the promotion of sectarian religious identities built on hatred for “the other” which led to the terrible violence during partition would never be allowed to raise its head again. But far from this, the real objective was made clear enough by the plethora of statements made by BJP leaders from its president Nadda to general secretary and RSS pracharak Santosh, targeting “appeasement” politics as being responsible – appeasement being the BJP code word against minorities. Clearly the call to remember the victims of partition is geared to recreate the divisions and hate based politics which led to the division of India.

As is known, the RSS from its inception worked towards strengthening the British strategy of divide and rule. It was V D Savarkar the BJP icon and revered ideologue who developed the concept of Hindutva, of Hindu rashtra and of nationality based on religion describing Hindus and Muslims as being two different nations. In his presidential address to the Ahmedabad session of the Hindu Mahasabha in 1937, he said: “India cannot be assumed today to be a unitarian and homogeneous nation, but on the contrary there are two nations in the main; the Hindus and the Muslims, in India.” In 1940, at the session in Lahore, Jinnah repeated this theory of two nations based on religion advocating a division of India.

It was Dr Ambedkar who saw the similarity in the positions of Savarkar and Jinnah. In 1940 Ambedkar wrote: “Strange as it may appear, Mr Savarkar and Mr Jinnah, instead of being opposed to each other on the one nation versus two nations issue, are in complete agreement about it. Both agree, not only agree but insist, that there are two nations in India – one the Muslim nation and the other the Hindu nation…”

It is an affront to the memories of those killed, raped, orphaned, rendered homeless and destituted in the partition related violence, that the ruling party should today commemorate the tragedy by promoting the same kind of politics which enabled the British to act as they did leading to the division of India.

INJUSTICE TO KASHMIR
A symbol of secular India was the decision of the Muslim majority state of Kashmir to join India not Pakistan when the country was divided. Having used its brute majority in parliament to eliminate Article 370 of the constitution which provided a special status to J&K, the prime minister thought it appropriate to add salt to the wounds by his reference in his independence day speech  to “delimitation of constituencies” in J&K – a method to increase the number of constituencies and representatives in non-Muslim inhabited areas to change the community demographic in the state.

CONTEMPT FOR PEOPLE’S SUFFERING
What is the vision of the prime minister as far as the interests and well being of the people are concerned as reflected in his speech? On every issue he ignored reality and made the most astonishing claims in a display of contempt for people’s suffering magnified during the pandemic. For example, he claimed: “we are making sure that no person or no class should be left behind in the development journey of society” – this when inequality in India has reached obscene levels and further intensified during the pandemic. As Oxfam’s “inequality virus report” shows “India’s 100 billionaires have seen their fortunes increase by Rs 12,97,822 crores since March 2020, enough to give every one of the 138 million poorest Indian people a cheque for Rs 94,045 each.”

The prime minister’s utter insensitivity to the huge burdens being borne by the working people of India was reflected in his glib addition of “prayas” (to try)  to his pet slogan of Sab ka saath, sab ka vikas”. Is the prime minister so oblivious to the reality of the lives of the vast masses of people that he can dare to assume that it is lack of “prayas”, lack of the will to try which is a hindrance to the development of the country? Has the prime minister ever visited a MNREGA worksite? A woman worker lifts on an average more than 2000 kilos of mud a day in an earthwork project to earn a minimum wage, because of the cruelly high productivity norms and piece rated wages. Around 43 per cent of India’s workforce is involved in agricultural manual work.  The word labourer or worker seems to be out of the PM’s vocabulary.  Yet he spoke of the “creators of wealth.” It is the workers of India who are the creators of wealth, but they found no mention in the PM’s speech.

PM’S NEW DISCOVERY
Kisan leaders of the historic kisan struggles for repeal of the three anti-farmer agri laws, would no doubt have taken note of the new found concern of the prime minister for the “small farmer.” He has made a new discovery that 80 per cent of kisans in India have less than two hectares of land and gave the slogan “The small farmer is now our resolve and mantra for us. The small farmer becomes the country’s pride (chota kisan banne desh ka shaan). In fact it is precisely the small farmer which has been the worst hit because of the corporatisation of agriculture, through policies being aggressively promoted by the Modi regime. The demand of the kisan struggle for a law to ensure MSP would most benefit the small farmer who is forced to make distress sales at low prices. But the attempt of the central government as reflected in the PM’s speech is to drive a wedge between kisans in the united struggle against agricultural laws.

SILENT ON VIOLENCE AGAINST WOMEN
There were references to women. But not a word against the increasing violence against women, the horrendous cases of criminals being supported by his own party led governments such as in Hathras or more recently in the heart of the capital where the police locked up the parents of the dalit child victim to pressure them to withdraw their complaint. This was the occasion for the prime minister to strongly condemn violence against women and to ensure justice to women but he remained silent.

RECYCLING SCHEMES
What he did say in the form of promises was more or less a recycled version of what he had said in 2019 and 2020.

Here are some examples:

The grand announcement of PM gati shakti – a Rs 100 lakh crore infrastructure investment. The same amount and the same project had been announced in the Independence Day speeches in 2019 and 2020.

“I am announcing the National Hydrogen Mission today with this tricolour as a witness,” the prime minister said. However, finance minister Nirmala Sitharaman had announced this mission during her budget speech in February.

The plan to fortify rice with iron and vitamins before distributing it in ration shops and at schools for the mid-day meal scheme announced by the PM was also announced by then food minister Ram Vilas Paswan in 2019, and a pilot project has been in progress for over a year now.” (The Hindu)

PEGASUS AND “NON-INTERFERENCE”
But perhaps the most ironic or one could call it shameless was the statement on governance made by the PM. He said “We want such an India where the governments do not interfere in the lives of the citizens... For the all-round development of the nation, it is essential to end the unnecessary interference of government and government procedures in the lives of people.” But what about Pegasus, Mr Prime Minister? What about the use of malignant military grade spyware against your opponents – this government spied on more than 161 targeted individuals including Supreme Court judges and opposition leaders,  a whole session of parliament was washed out because of the adamant refusal of the government to answer a simple question – has any agency of the government bought and used Pegasus and then  in his speech the prime minister speaks of stopping “unnecessary interference.” The hypocrisy is quite astounding!

CONCLUSION
It is India’s tragedy that when we begin the celebrations of the diamond jubilee of our glorious freedom struggle, our government comprises of leaders whose ideological forefathers had been in diametrical opposition to the values which won India her freedom, the values of unity, pluralism, secularism and the fight for economic and social justice. The prime minister’s speech reflected this reality.