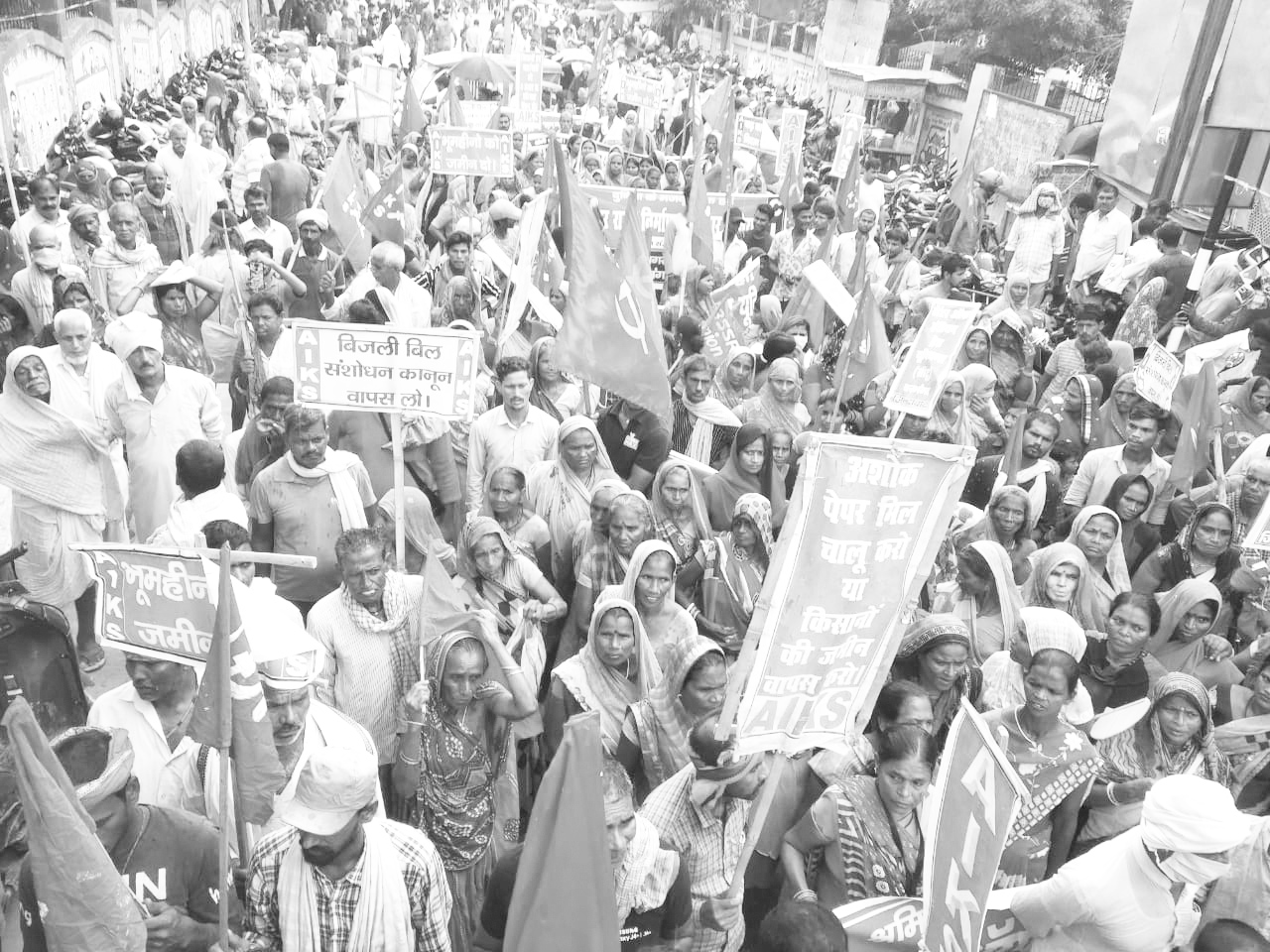 Workers Lauded for Observing ‘Save India Day’ on Aug 9

THE workers of India have observed ‘Save India Day’ on August 9 in over a lakh locations across the country over 14 demands including the demand to scrap the anti-worker labour codes and anti-people farm laws and Electricity Amendment Bill. Despite the lockdown restrictions, workers have participated in the protest programmes as per the call given by the Joint Platform of Central Trade Unions, and Independent Federations and Associations. The trade unions had observed August 9 as ‘Save India Day’ in 2020 also.

The trade unions said that the protest call was necessitated due to their bitter experience with the BJP-led NDA government at the centre since May 2014 and stressed that the government’s policies are anti-worker, anti-people and even anti-national. They said that the record of the government in its second term from May 2019, with a brute majority in parliament, is even worse. “It is quite clear that this government at the centre has no qualms with sacrificing the interests of workers, farmers and all toiling and common people of the country for the benefit of the corporates,” said the joint platform in a statement issued on August 9.

The unions said that throughout the seven years of the NDA regime, the toiling people faced increasing unemployment (especially among women) along with loss of employment and earnings. They said that the workers have been pushed into a situation of intensified hunger, increasing prices, lack of any social security, so much so that when the Covid pandemic struck, a huge number of people died without basic medical attendance.

“The government at the centre instead of protecting our toiling people, used restrictions on them – harshest in the world – to pass laws against them, in favour of the corporates. The three farm laws and four labour codes do precisely that and similar onslaughts are continuing in various forms,” said the trade unions. They said that as a result of these policies, the toiling people grew anxious about where their next meal is going to come from while the Ambanis, Adanis and other corporations minted huge fortunes. A few of the corporations are reported to have earned Rs 2 crore every minute of the pandemic period and that about 140 billionaires earned Rs 12.94 lakh crores between March 2020 and 2021.

“The government is not responding to demands for investigation into Pegasus Spyware but is using the logjam in passing anti-people bills, using its brute majority. In this ongoing parliament session, Essential Defense Services Bill is adopted, disinvestment/sale of Insurance Companies has been decided,” they said.

The workers demanded that the government address loss of jobs and livelihood issues, create more jobs, enforce a ban on retrenchment and wage-cuts in industries/services/establishments during lockdown or otherwise. They demanded filling up the vacant sanctioned posts in government departments, stopping the surrender of 3 per cent live vacant posts every year and withdrawing the order to ban creation of new posts in government and public sector.

They demanded an increase in the budgets on MGNREGA, the days of work and raising of remuneration. They also sought enactment of the Urban Employment Guarantee Scheme and to include the Right to Work in the constitution as a fundamental right.

The unions demanded a cash transfer of Rs 7,500 per month for all non-income tax paying families, 10 kg free food grains per person per month for the next six months. They also sought an increase in the health budget targeting and strengthening the public health system at all levels.

They demanded effective treatment for Covid-19 patients in government hospitals and free vaccination to all, and asked the government to scrap its pro-corporate vaccination policy.

They demanded the government to ensure availability of protective gear, equipment etc for all health and frontline workers and those engaged in pandemic-management work including ASHAs and anganwadi employees along with comprehensive insurance coverage for them all.

The Joint Platform said that the workers took part in processions, demonstrations, dharnas, picketing, lunch hour protests, badge wearing, slogan raising etc to register their discontent on August 9. The workers and farmers jointly organised protests in some places.
On August 9, the state level unions in Delhi gathered to protest at Mandi House and to march to the parliament. They were, however, denied permission to march and so held their protest and meeting at Mandi House itself.