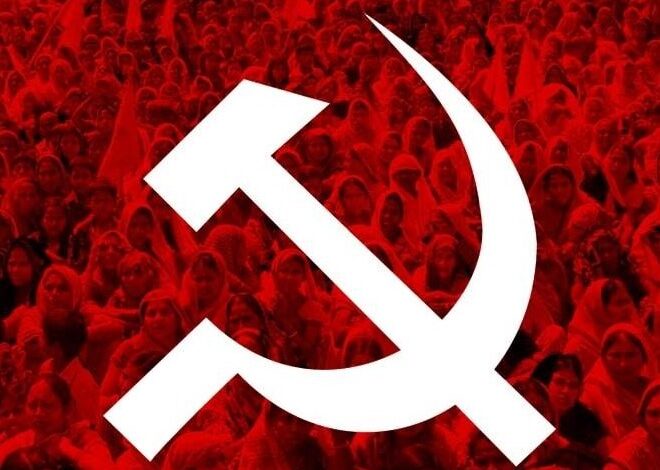 COVID PANDEMIC
Even the official data shows that there is a rise in the average Covid positive rates in the country. To prevent this from reaching the stage of a catastrophic third wave, it is imperative that the rate of vaccination increases exponentially. So far, a mere 10.83 per cent of all adults are fully vaccinated. Every state government is reporting shortages. Central government procurement has been tardy. It gave three contradictory vaccine availability data to the parliament on the same day.

The Modi government must procure vaccines globally and launch a free universal mass vaccination drive across the country immediately.

During the continuing pandemic and various lockdowns that are taking place, the central government continues to assault people’s livelihood leading to galloping unemployment. Daily fuel price hikes have triggered an overall inflationary spiral that is eating into the vitals of people’s livelihood leading to growth of hunger and malnutrition. Under these circumstances, the Modi government must immediately implement a direct cash transfer of Rs 7500 to all families not in the income tax paying bracket and distribute free food-kits for all needy.

PEGASUS: BJP GOVERNMENT
DISRUPTING PARLIAMENT
The obdurate refusal of the Modi government to discuss the issue of Pegasus spyware surveillance is disrupting the parliament. More importantly, it is clear that the government does not want to tell the truth and be accountable to the parliament as ordained by our constitution. PM Modi refuses to answer if the government or any of its agencies have engaged the Israeli NSO weapon grade Pegasus spyware to be used for spying on individuals ranging from political leaders, journalists, officers of the judiciary, ex-CBI chief, ex-election commissioner etc. This is ominous. The attack is not only the violation of the fundamental right to privacy but it is an attack on institutions that act as vital checks and balances in a democracy and discharge their constitutional duties. Use of this spyware is tantamount to destroying democracy and its institutions.

The CPI(M) reiterates that there should be an immediate high-powered judicial enquiry monitored by the Supreme Court to establish the truth and punish the guilty.

ASSAM-MIZORAM
CONFLICT
It is unprecedented that two neighbouring states, Assam and Mizoram, are engaged in armed clashes and hostilities. This is a total failure of the central government and the home ministry. Worse, such a situation developed soon after the union home minister had gone there and attended a meeting convened by him of all the North Eastern states and their officials. The central government must ensure that these hostilities cease and peace established.

Both Assam and Mizoram have NDA governments. NDA is led by the BJP. What is the ruling party doing?

CREATE CONDITIONS FOR THE EARLY
REOPENING OF EDUCATIONAL INSTITUTIONS
India must prevent the wastage of its youth who are suffering from closure of educational institutions for over a year and a half now. Only 22 per cent of students reportedly have access to digital education. Overwhelming number of government and private schools are not WiFi enabled. This digital divide is creating innumerable problems like phenomenal growth in child and human trafficking, child labour, petty crimes, malnutrition in the absence of midday meals etc.

FARMERS AGITATION
Kisans under the leadership of the Samyukta Kisan Morcha have been on a continuous protest action and struggles for over eight months now. Obstinately the Modi government refuses to engage in any discussion with them. The central government must resume talks with the SKM.

While fully supporting the kisan struggles, the CPI(M) reiterates that these agri laws must be repealed immediately and the right to sell at MSP which is C2+50 per cent must be legislated as law.

ATTACKS ON THE WORKING CLASS
Along with the large-scale loot of our national assets, privatisation of all public sector units and public utilities, the BJP central government has embarked on more attacks on the rights of the working people. The Essential Defence Services Ordinance, 2021 must not be converted into law. The CPI(M) along with others will oppose this in parliament.