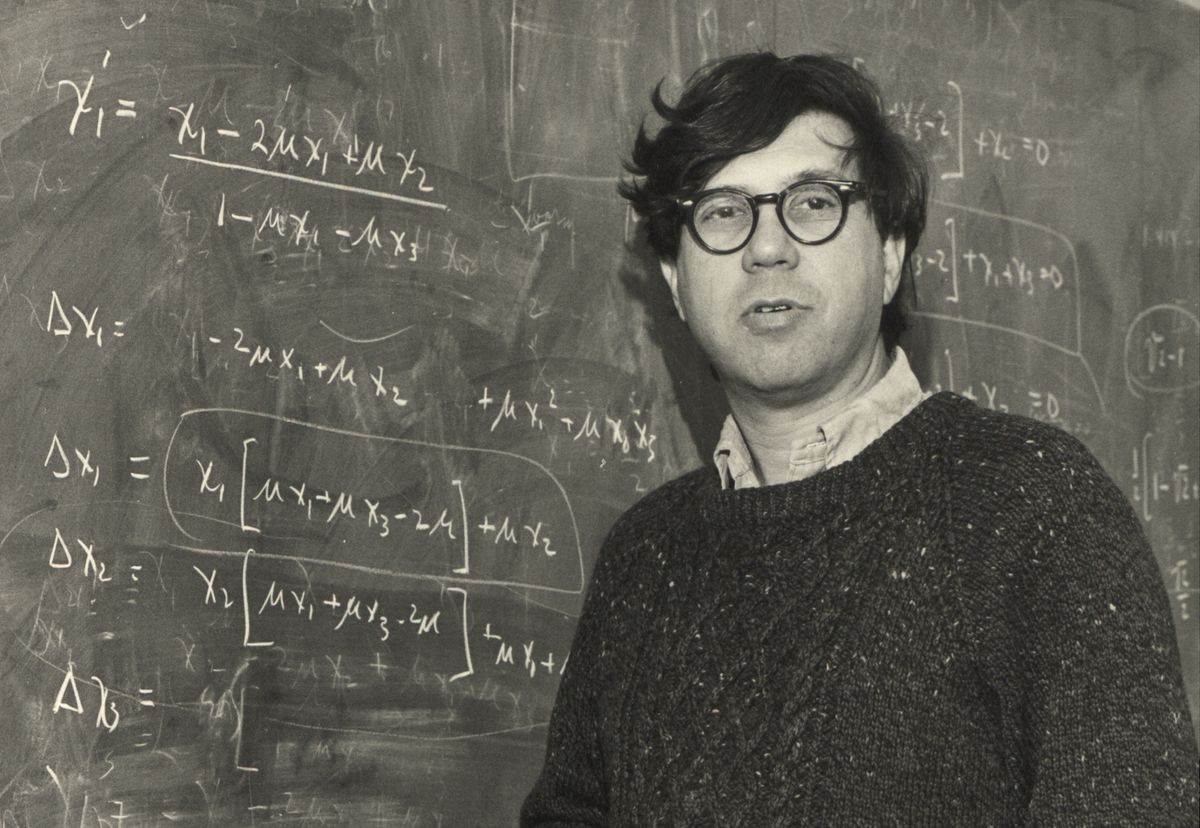 LAST week, Richard Lewontin, a dialectical biologist, Marxist and activist died at the age of 92, just three days after Mary Jane, his wife of more than 70 years had passed away. He was one of the founders of modern biology that brought together three different disciplines -- statistics, molecular biology and evolutionary biology -- together what today marks the discipline. In doing so, he also battled not only crude racism masquerading as science, but also what science really is. In this sense, he belongs to the rare scientists, who was equally at home in the laboratory, in talking about science and ideology at a philosophical level, and a popular exponent of what science is, and more pertinently, what it is not. And always, he harked back to what being radical means, going back to fundamentals while deriving your viewpoint. This method is revolutionary because it sheds the class viewpoint which we take for granted without examining the issues in depth: social superiority springs from superiors genes or race. Or as between man woman, from biological differences between the sexes.

Richard Lewontin and Richard Levins shared their passion for biology, social activism and Marxism. It is not so well-known that Stephen Jay Gould, the palaeontologist and popular science writer, was a close friend and also a Marxist in his understanding. All three of them fought a life-long battle against racialising of biology and later, sociobiology that “explained” every social phenomenon as derived from our genes. EO Wilson and Richard Dawkins -- and myriad others --believed that we are programmed in a way that society merely reflects what is already in our genes. That white races are superior because of their genetic superiority, as are the rich. In India, we also have the genetic theory of caste to explain the supposed differences between groups. And as long as there exist significant differences between groups of people -- class, race, gender or caste --biological explanations will be offered as an ideological explanation of these differences. And they will arise again and again, as long as these differences exist.

One of Lewontin’s path breaking works was to find out how much genetic diversity exists within species. This was at a time that we did not know how many genes we had. Lewontin’s inspired guess was 20,000, far smaller than what most biologists thought then and remarkably close to what we know today. Most biologists then also believed that races had significant biological differences. Lewontin and John Huby used a technique, protein gel electrophoresis developed by Huby, to solve the problem of genetic diversity in fruit flies. This brought together evolution at the species level combining it with understanding changes at the molecular level using biostatistics. The result was startling. Contrary to what most biologists believed, it showed a surprising amount of genetic diversity within a given population. Contrary to what biologists believed then, evolution led to stable and diverse populations within a species. Later on, he used this method using blood groups, to show that this result held true for us humans as well: the diversity of a human population was more than 90 per cent within the “races” and only about 7 per cent between the races. Race was not a biological construct but a social one.

Lewontin went on to co-author, along with Gould, how evolution is not directed to develop every feature which today we see in an organism but also the result of accidental off-shoots accompanying a specific genetic change that occurred due to evolutionary pressure. Gould and Lewontin likened it to spandrels in architecture. When an arch is carved out of a rectangular wall (say a door), the triangular part left between the arch and the wall is called a spandrel. This is also what happens when domes rest on rectangular structures, creating spandrels. That these spandrels are then carved and decorated is not the reason for their existence, but once created, they can be used for other purposes. Once a specific feature comes into being, even if it is an accidental off-shoot of another evolutionary change, nature makes a certain use of it, just as those who built arches or domes do.

What distinguished Lewontin’s popular and scientific writings was his ability to connect the larger issues of science to society and his critique of the crude reductionist understanding of biology. For him, it not only a class view but also a reductionist view of science. He calls it the Cartesian fallacy: that if we can break up the parts of a whole into its constituent parts and find the laws of the parts, we can then “assemble” the whole and understand it fully. Of course, this Cartesian viewpoint is no longer viable even in physics, let alone trying to explain chemistry from physics, biology from (organic) chemistry, society from biology. Why then does it re-occur again and again particularly in understanding inequalities in society? Lewontin traced this repeated attempt to give biological explanations for inequality to the deep structural inequalities in society. This hydra-headed monster will rear new heads again and again as long as structural inequalities exist in society. This was the battle that he and his close colleagues fought against sociobiology, which sought explanations of all social inequalities in biology and pre-programmed in our genes.

This was the lifelong battle that he carried out not only in his specific field of biology but also in the larger domain of sciences. His ideological struggle against racism, class and imperialism was not separated from his science. He saw it as an everyday struggle within sciences as well as outside, to be fought at both levels, at the level of society as well at the level of science. He did not simply argue that race was a wrong way of looking at societal differences but showed it with hard experimental data and a theoretical framework to explain that evidence. This was his integrity as a scientist and as a social activist.

Interestingly, a large number of progressive scientists in the US came together in the late 60s and early 70s, forming an organisation, Science for the People. The discussions that they had was similar to what we were having in India that led to the formation of the peoples science movement in India, and finally the All India Peoples Science Network. The Science for the People in the US decided to be more a movement within the scientific community, while we decided that it should be a larger movement involving the people not only on issues of science and society but also building a scientific temper in the people.

Recently, the Netflix film The Trial of the Chicago 7, brought the 60’s struggle against the Vietnam War. Also charged in the same trial was Bobby Seale, the co-founder of Black Panthers. (A much better film is the older HBO film Conspiracy: The Trial of the Chicago 8, available on YouTube). During, the trial, the Chicago police assassinated Fred Hampton, an important Black Panther leader in Chicago who was helping with the defence of Bobby Seale. I will let Lewontin and his close comrade Levins, also the co-author of Biology Under The Influence tell us in their words how they related to movements: We have also been political activists and comrades in Science for the People; Science for Vietnam; the New University Conference; and struggles against biological determinism and “scientific” racism, against creationism and in support for the student movement and antiwar movement. On the day that Chicago police murdered Black Panther leader Fred Hampton, we went together to his still bloody bedroom and saw the books on his night table: he was killed because of his thoughtful, inquiring militancy. Our activism is a constant reminder of the need to relate theory to real-world problems as well as the importance of theoretical critique. In political movements, we often have to defend the importance of theory as a protection against being overwhelmed by the urgency of need in the momentary and the local, while in academia we still have to argue that for the hungry the right to food is not a philosophical problem.

The book, Biology Under The Influence, was dedicated to the five Cubans -- the Cuban Five -- who had infiltrated Cuban American terrorist groups in Miami and actively supported by the US agencies. They were then serving long prison sentences in the US.

Lewontin and Levine were both Marxists and activists and fought a lifelong battle against racism, imperialism, and capitalist oppression. They brought their Marxism to biology and its larger philosophical issues. They dedicated their 1985 book, The Dialectical Biologist to Frederick Engels, writing, “who got it wrong a lot of the time but who got it right where it counted.” This applies also to Lewontin, who also got race, class and genetics right where it counted!