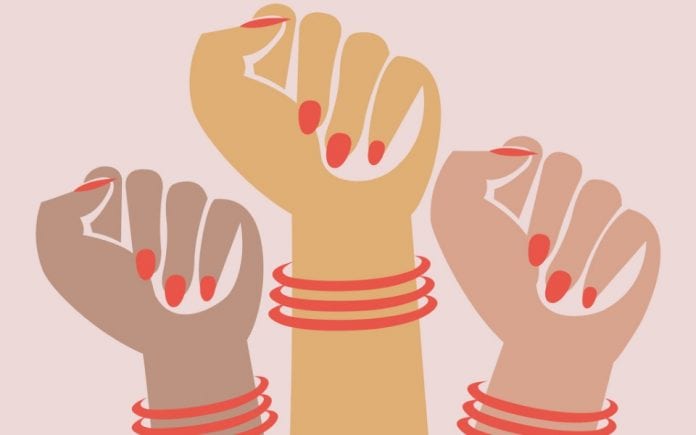 Issues of Gender Equality in the Kerala Streepaksham Campaign

THE CPI(M) Kerala state committee has launched a campaign called “Streepaksham Keralam.” The campaign has been launched in the wake of several deaths of young women victims of domestic violence and dowry demands leading to a foregrounding of issues connected with women’s social status and gender inequality. Pinarayi Vijayan may be the only chief minister in the last ten years to flag the issue and to assure his and his government’s support to women in distress.

In Kerala, an online portal named Aparajitha to help women register complaints of violence or harassment for dowry was almost immediately launched by the state government. Within a day, 117 complaints of domestic violence or dowry harassment were reportedly received. This indicates the urgent need for recognition that better and more sensitive mechanisms are required to give women confidence to report cases of violence against them. This response of the government in Kerala is in sharp contrast to what is happening elsewhere. Patriarchal norms and practices are sometime visible, most times invisible except to the women affected.  A blanket of social silence envelopes crimes committed within the four walls of the home or the bedroom. Yet, surely, the constitutional rights of equality between men and women do not stop at the bedroom door. A Streepaksham campaign is subversive, it disrupts what are “accepted” social relations, it reaches deep into the so-called “private” or “domestic” sphere. It breaks many silences.

ISSUE OF DOWRY
One of the main issues being taken up in the Streepaksham campaign in Kerala is against the practice of dowry. Across India, this is in fact the most widespread criminal practice of extortion which has become “normalised” over the years. The historical evolution of dowry is well studied – from being a practice sanctioned by the Manu Smriti for upper caste families to the reality today where capitalism’s creation of gross consumerist cultures has spread the practice to all castes and communities where earlier such practices did not exist. Marriage has been transformed into a market transaction between unequal participants. It is estimated that among the 10 million or so marriages conducted every year in India, in over 90 per cent, the practice of demanding and receiving dowry by the groom and his family prevail. In comparison, in 1940s around 35 to 40 per cent of marriages were linked to the demand and receipt of dowry. Caste based arranged marriages have remained as the bedrock for dowry led by practices of the upper castes. Even today, only 5 per cent marriages in India are inter-caste marriages, hardly any change from the situation when the Hindu Reform laws were passed.  In the Indian context including in states like Kerala where social reform movements have fought untouchability, the toxic effects of the caste system have a most negative influence on gender equality. The fight against the caste system is an intrinsic part of the fight for women’s rights.

The NCRB report of 2019 revealed that across India, on an average, every hour a woman died because of dowry demands. Additionally, she faced domestic violence by her husband or in-laws every four minutes. But in most parts of the country, this cruel social reality is ignored by governments and political parties. The Dowry Prohibition Act 1961 with all the later amendments made in 1983, remains the most unused law even as the practice that is supposed to be prohibited flourishes and spreads even among communities where earlier it never existed. The crime is the crime of demanding dowry.  However, the anti-dowry law wrongly equates those who demand and take dowry with those who give it. This is the case in Kerala too.  Very few cases are reported. The highest rate of 98.4 per cent literacy in Kerala has not been able to break the fortress of social conservatism and attitudes which consider it the woman’s duty to bear in silence, violence related to extract more dowry from her family. The Streepaksham campaign encourages women to speak out.

The practice of demanding dowry is a reflection of the unequal status of women in our society. In a social weighing scale, even the most brilliant of girls will weigh less than the boy, not because of individual traits, but because of the weight of centuries of patriarchal traditions and practices which find new life and forms today. Thus the focus of an anti-dowry campaign must be young men and their parents. The question is: are your sons for sale? It is young men who have to take the pledge “I will never demand dowry.” It is those demanding dowry who have to be named and shamed. However, most campaigns wrongly focus on the girl and her family.  Girls are told: “you should refuse to marry if dowry demands are made, why do you accept gifts at the time of marriage from your parents.” Parents of the girl are told: “why do you insult your daughters by giving dowry. You should refuse.” This is putting things upside down.  Of course it is true that young women must be encouraged to speak out. But the onus is and must be for changing the practice of educated young men meekly accepting their parents demand for dowry. Laws have been changed to give women equal rights in ancestral or parental property. We must remember dowry is no substitute for this equal right. Our campaign must encourage equal property rights for women.

Dowry practices are premised and thrive on various stereotypical ideas that can have no place in a modern and progressive society. Facts show that women’s work within and outside the home is critical for family survival. Daughters look after their aged parents sometimes better than sons.  Yet prevailing cultures stigmatise parents being dependent on a daughter after she is married. These so-called traditions have to be challenged and changed. We also have to set new trends of simple marriage functions. Of course marriage is a time for celebration. It is a time for happiness and merriment. But we must find new and creative ways without the huge burden of expenditure on expensive and lavish ceremonies. These are standards set by the rich and multiplied and glorified repeatedly by new communication technologies which bring such events into every household and which become status symbols. In our campaign we emphasize that social status is not gained by such expensive ceremonies which drive families into debt.

A related issue is that son preference leads to sex selective abortions. In the case of Kerala, the sex ratios have been among the best in the country. But recently the NFHS 5 data has counted Kerala among the states which have seen the sharpest fall in child sex ratios in the last five years. However, these figures need re-examination as many experts have questioned the data and conclusions. Nevertheless, the campaign against sex selective ratios and implementation of the PcPNDT Act has to be a part of the agenda.

EQUALITY AND AUTONOMY
Equality between men and women cannot be achieved unless there is a recognition of women’s autonomy including her right to a partner of her choice.  Yet the dangerous phenomenon of violence against self choice marriages which cross community and caste has become an issue in states where inter-caste marriages were part of progressive traditions. This is a reflection of cultures which believe that women have no sexual rights or autonomy over their bodies. They are the property of the men – the guardians – fathers, brothers, husbands and then sons. Although far less than in other states we have to take note that in Kerala too such cases of so- called honour crimes are occurring. Fundamentalist forces in different communities use such inter-community or inter-caste marriages to pursue a sectarian and sometimes communal agenda. A Streepaksham campaign must uphold the right of young women to make their own choices.

A related issue is that of conservative approaches which support vigilante actions against adults who are in consensual relationships. We have seen the gangs of hoodlums, the notorious moral policemen of right wing forces, out to humiliate and harass young couples sitting together in parks or traveling together. We have seen how they have barged into hotels or restaurants and dragged young women – abusing and cursing them as being against “Bharatiya cultures”. We oppose all such so-called moralistic actions. Consensual sex between adults is in the personal realm and choice. This includes alternative sexuality. The CPI(M), it should be recalled, was the first political party which strongly opposed penal and legal measures such as Section 377 in the IPC which criminalised alternative sexuality and same sex relations between consenting adults.

The commodification of women and the sexualisation of women’s bodies particularly in the last two decades has led to a big increase across India of sexual crimes against women and most disturbing and shockingly against young girls. Often political parties and leaders come out in defence of the criminals. We have seen precisely this in the Hathras case and the Kathua case where leaders of the BJP openly and shamelessly defended the criminals. For the Left there can be no compromise and no defence or justification for taking the strongest action against those who are guilty of sexual harassment or sexual violence against women. The critical issue is that of consent – without a woman’s consent any sexual act is a crime which is well defined in the new laws against sexual violence. It is important for a Streepaksham campaign to mobilise men and women against sexual violence.

CHANGE SOCIAL APPROACH
TOWARDS WOMEN
The chief minister of Kerala has rightly pointed out the need to relook our education syllabus. The syllabus taught in our schools and colleges must be examined with a sharp gender lens so as to teach our children, boys and girls that they are equal citizens and to encourage girls at every stage to express themselves openly and confidently. Such a syllabus would surely include the issue of gender role stereotyping and challenge it. It would help boys to unlearn notions of male superiority being a hallmark of “being a man” and that masculinity does not mean power over women. The LDF government in Kerala will set an example for the whole country if it revises its syllabi towards this goal.

The issues are many and are complex. The CPI(M)  is taking forward the legacy of social reform in the contemporary context. Left politics is not and cannot be anything less than a movement to radically challenge exploitative socio-economic and cultural structures and to project alternatives. In doing so, we have to be prepared for a backlash from conservative and orthodox forces. The more the Left campaigns for its alternative vision for women’s equality, encouraging and supporting women to assert themselves, the stronger and harder is the backlash. In a political situation where the forces ruling India subscribe to and aggressively push the most regressive and backward approaches towards women, the challenges are all the greater.

The Streepaksham campaign being organised by the CPI(M) in Kerala is an important initiative to challenge and eliminate norms and practices which subjugate and demean women as second class citizens, whether in public life or within the home. There is a need for a sustained social and political movement to challenge anti-women practices in all spheres.