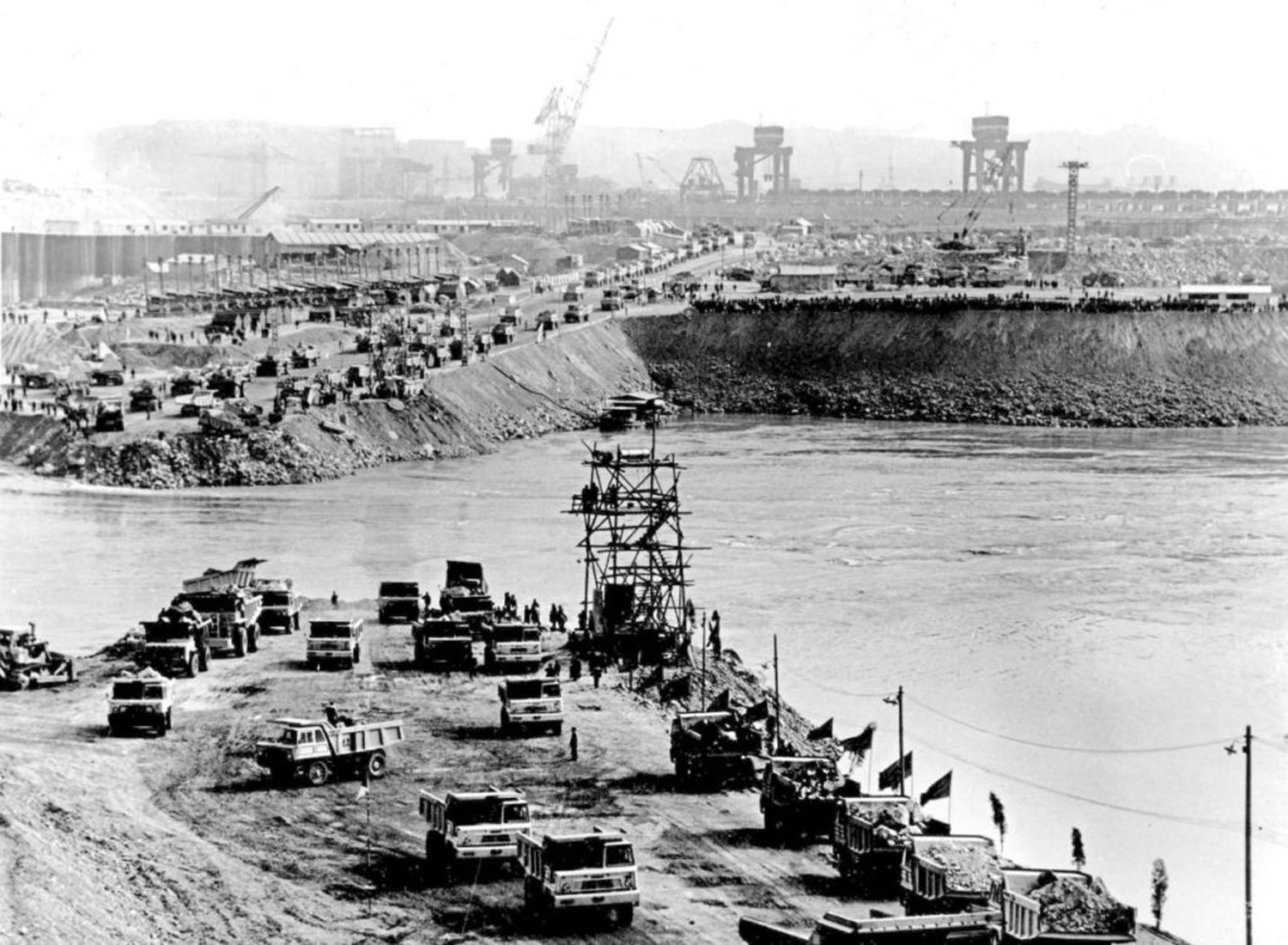 Socialist Construction While Struggling with Deviations

THE formation of Peoples' Republic of China heralded a new era in human history as the most populous country in the world embarked upon construction of socialism. The country was confronted with enormous financial and economic difficulties. Agricultural and industrial productivity remained low.

The CPC enacted a series of measures to eliminate all kinds of oppression. The People’s Liberation Army (PLA) led by the CPC confiscated around 80 per cent of the country’s total industrial fixed assets and established State-owned enterprises. Land reforms were implemented. The Soviet Union readily agreed to assist China’s process of industrialisation and development.

Apart from confronting these economic challenges, CPC also took upon the task of social and cultural advancement. A campaign against feudal practices was launched. Laws were passed granting equality to women and abolishing the system of forced marriage.

After the US invasion of Korea in 1950, CPC sent its volunteer corps upon the request of the Korean resistance fighters. Within China, the CPC led an extensive propaganda and education campaign against US imperialism. Suppression of counter-revolutionaries, land reform, work in urban areas, Party building and rectification movement were carried out simultaneously. A systematic campaign was launched to educate all Party members and equip them ideologically and organisationally. Corrupt, degenerate, bureaucratic, arrogant, incompetent members were identified and removed. This campaign was gradually extended to cover all intellectuals, artists and writers and was completed in 1952.

CPC launched a movement in urban areas against those capitalists who were violating the law by bribery, tax evasion, theft of State property and cheating the government. The role of private industry in PRC was explained and industrialists were asked to strictly abide by government rules. Democratisation of enterprises and workers participation in management was promoted.

Increasing agricultural production was identified as the overriding task. CPC decided to promote the movement for mutual aid and cooperation in agriculture and the establishment of semi-socialist, elementary agricultural producer’s cooperatives. It emphasised that care should be taken to protect the interests of peasants working on their own and ensure that relations of production change to meet the needs of developing productive forces.

In 1954, socialist constitution of the PRC was adopted and a law was passed on the transformation of private capitalist enterprises into joint State-private enterprises, where socialist factor was predominant. The first decade after the revolution saw steady progress in building industry, developing agriculture and raising the living standards of the people.

Steps were taken to eliminate illiteracy by establishing schools throughout the country. Within a decade (1949-59), illiteracy rates among youth and adults (ages 12 to 40) had fallen from 80 per cent to 43 per cent. Under the policy, ‘prevention first’, China’s public health sector grew rapidly by strengthening primary healthcare institutions and carrying out a large-scale mass movement in health. Remarkable improvements were achieved in accessibility and equity through low-cost public health services which improved people's health in both urban and rural areas. Life expectancy increased from 35-40 years in 1949 to 65.5 years in 1980. Total value of agricultural production grew at an annual average of 2.6 per cent, industrial production at a rate of 12.6 per cent (1952-66) and GDP increased at an average of 3.6 per cent per year (1949-59).

However, the Party went through Left and Right deviations in implementing these tasks. The CPC leadership sought to correct them by launching rectification campaigns. In 1954, CPC central committee adopted a resolution on ‘consolidating Party’s unity’. In spite of these efforts, deviations persisted even among the leadership. Mao Zedong himself, wrongly assessed the situation and exaggerated the revisionist threat. Those who were criticising the forced push towards cooperatives were dismissed as right revisionists. Unrealistic targets were set for both industries and agriculture.

The Eighth Congress of the CPC held in 1956 concluded that socialist system was basically established and it should push for thoroughly completing socialist transformation. The principal contradiction was identified as between the need of the people for rapid economic and cultural development and the present state of the economy and culture that fell short of their need. In 1957, Mao Zedong, altered this basic assessment and stated that the contradiction between proletariat and bourgeoisie remained the principal contradiction. He criticised the central committee’s decision to halt rash advances in industry and in the formation of agricultural cooperatives. He advocated the idea of ‘uninterrupted revolution’. This enabled Left sectarian errors to gain ground and led to the campaign, ‘Great Leap Forward’.

The CPC Central Committee adopted a resolution calling for ‘aiming high and achieving greater, faster, better and more’, to rapidly change the backward economic and cultural conditions of China. It declared that ‘realisation of communism’ is no ‘longer something in the distant future’. These resolutions did not take into consideration the prevailing objective conditions and set unattainable targets before industrial enterprises and agricultural farms. In order to attain these unrealistic targets, there was lot of misrepresentation of facts and over-reporting. The Great Leap Forward damaged economic development.

CPC took up the ideological struggle against Krushchev’s revisionism propounded in the 20th Congress of the CPSU. This resulted in the stoppage of all USSR aid to China in 1960 and brought many projects to an abrupt halt. To overcome these problems, CPC decided to adhere to the policy of self-reliance in socialist construction.

The CPC central committee met in January 1961, reviewed the economic situation and adopted the principle of ‘readjustment and consolidation’. It decided to rectify the style of work and restore the practice of seeking ‘truth from facts’. This meeting attempted to correct the mistakes of ‘Great Leap Forward’. In January 1962, CPC conducted an enlarged conference, where Liu Shaoqi delivered a written report accepting the ‘shortcomings and mistakes’ in their work since 1958. Mao Zedong also spoke self-critically. Subsequently, most of those comrades who were victimised were rehabilitated.

In 1965, Mao Zedong over-estimated the threat of another world war and ordered China to be prepared. This over assessment of the war threat was linked to the fight against revisionism within the Party. He wrongly asked lower level Party committees to refuse to heed to the decisions of the central committee and even ‘rebel’ if they felt that the central committee was not correct. These remarks foreboded the storm of ‘cultural revolution’.

In February 1966, the central committee of the CPC passed a resolution appointing a new ‘Cultural Revolution Group, directly under the control of the standing committee of the Polit Bureau. The resolution called upon all Party members to uphold the banner of cultural revolution, thoroughly expose reactionary bourgeois stand of ‘academic authorities’ who oppose the Party and socialism, criticise such ideas in academic work, education, literature, etc., and seize leadership in these spheres. It also called for exposing and criticising reactionary elements who had sneaked into the Party and the army.

In May, Mao Zedong issued a directive on behalf of the central committee calling for schooling to be shortened, education to be revolutionised and getting rid of bourgeoisie intellectuals. The directive stated that all trades and professions are great schools for education and people should involve themselves in agricultural and factory production. Entrance examination for schools and colleges were canceled and seats were filled through recommendation and selection. Classes were suspended and many educational institutions were closed.

A call for ‘revolution against revisionism’ was given. Attack was directed on veteran leaders who were accused of heading in the capitalist path. An organisation for school students, Red Guards, was formed and they were encouraged to destroy all that is ‘old’. As a result many Party committee offices were attacked and ‘captured’ by the ‘revolutionaries’. Under the direction of CPC central committee, cultural revolution spread from cities to rural areas and so did the chaos it had started. By 1967, the Polit Bureau and the central committee of the CPC effectively ceased to function and their place was taken by the Cultural Revolution Group.

Veteran leaders like Liu Shaoqi, who were not happy with the developments were targeted as revisionists and expelled from the Party. Many other leaders in the central committee and other lower committees met a similar fate. The Ninth Congress of the CPC (1967) failed to correct these mistakes and deviations. A cult of personality, initially desisted by Mao Zedong, was promoted and it adversely affected the party. Lin Biao became the leading force representing the erroneous Left adventurist line.

Lin Biao’s ouster and death did not halt the Left deviation. The Gang of Four emerged as the new driving force of the cultural revolution and Left sectarianism. Lin Biao’s crimes were branded as ‘revisionism’ instead of ‘Left sectarianism’. Under the guise of fighting them, once again adventurist positions were promoted. Tenth Congress of the CPC held in 1973 too did not end this Left deviation and confirmed the wrong understanding of the Ninth Congress. Zhou Enlai was targeted by these sectarian groups.

Due to consistent internal struggle carried out by veteran leaders like Zhou Enlai, Zhu De and Deng Xiaoping, people began to slowly realise the theoretical and practical mistakes committed in the name of ‘cultural revolution’. Popular support to their struggle was expressed in the outpouring of grief that was witnessed after the death of Zhou Enlai in January 1976. People gathered in large numbers at Tiananmen Square and when the Polit Bureau decided to clear them, they refused and resisted. This incident hastened the smashing of the Gang of Four and ultimately brought down the curtains on the cultural revolution. These deviations caused immense harm to the Party and the country.

Mao Zedong’s death on September 9, 1976 pushed the country into deep grief. It took another two years for the CPC to accept its mistakes and undertake the path of course correction. CPC decided that the main task before the party was to concentrate on increasing people’s economic well-being, raising the level of productive forces and continue in the path of socialist construction.

In this background, the central committee of CPC met in December 1978 and took some important decisions that changed the course of China’s history.