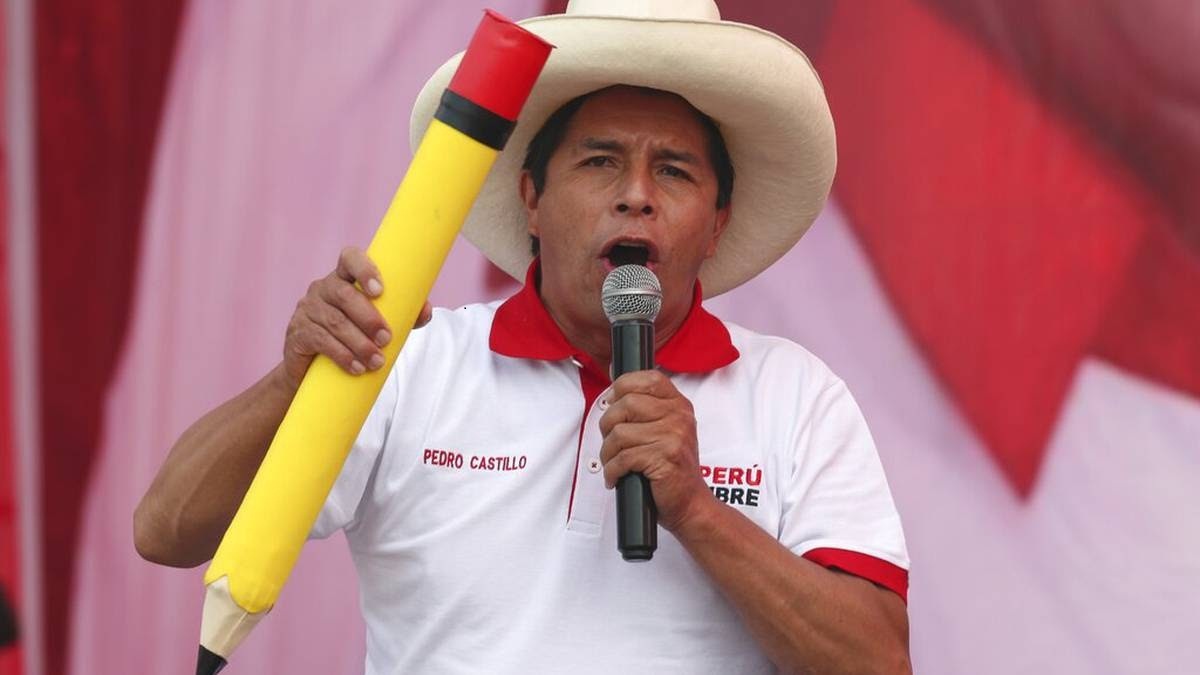 IN a tightly fought run-off election to elect the president of Peru, a school teacher and progressive activist, Pedro Castillo won by securing 50.2 per cent (8,791,778) of the total votes polled. He narrowly defeated Keiko Fujimori, a right-wing neoliberal, who secured 49.7 per cent (8,720,337) votes. In a country of 32 million people, where 17 million of the eligible 24 million had voted, the victory margin is a small 71,443 votes. Though the margin of victory is small, its significance is enormous.

The presidential elections in Peru have been held when the country is passing through a very critical time. In the past four years, Peru had four presidents – one resigned over a vote-buying scandal, another was impeached, the third stepped down after less than a week in the post, and the fourth is the current interim president, who oversaw the present elections. The reason for this political uncertainty lies in the economic deprivation that plagues Peru.

BACKGROUND
Inequality remains very high in Peru. Inequalities between Andean rural region and north coastal urban areas are particularly glaring with the people in rural regions living in utter poverty, compared to the rich urban regions. Even in these urban regions, the difference between the slums and rich neighbourhoods is hard to ignore. The global economic crisis had worsened these inequalities and pushed more than 10 per cent of Peruvians into poverty. More than 62 per cent of people do not have a bank account and nearly 12 per cent of the poor live in overcrowded houses.

Unemployment in Peru runs into millions. Even among those employed, 70 per cent work in the informal sector, the highest rate in the entire Latin America. By their very nature, jobs held by them are unpredictable, precarious and low paid. The option before the workers is either to work for paltry wages to survive, or lose the job and starve to death. Job losses forced many in the cities to go back to their native villages to eke out a living.

Situation in the countryside is no better with agriculture in shambles. According to a 2016 Oxfam Report on Land Power and Inequality in Latin America, land concentration in Peru is above the South American average and one among the highest. One per cent of farms occupy more than 77 per cent of the land, which means, they occupy more land than the rest 99 per cent! Between 1994 and 2012, the number of farms with less than 5 hectares of land increased by 40 per cent and the average landholding size of small holdings shrank to 1.3 hectares, indicating increasing impoverishment in rural areas.

Economic hardships caused by poverty roused discontent, which found an expression in the protests of farm workers, workers and unemployed youth. Attempts to quell these protests using force resulted in the death of many. On the other hand, rampant corruption among ruling class parties’ representatives further intensified popular anger. It reflected in the political instability and change of presidents.

Covid-19 pandemic exposed the holes in Peruvian social security institutions, particularly health care. Peru has the highest per capita death rate from coronavirus in the entire world. It is now officially established that more than 180,000 died to the infection. Due to insufficient funding, Peru's health care system has been completely unprepared for the pandemic. The entire country has only 1,600 Intensive Care Unit (ICU) beds, which is far less than what is required. There is acute shortage of oxygen. Even after vaccines became available, Peru was slow in vaccinating, with less than 4 per cent vaccinated till now. This is way behind many other countries in Latin America.

Presidential elections were held in Peru in this background. The first round of elections were held in April this year. Nobody expected Pedro Castillo to emerge as the winner in these elections. Though a trade union activist, he was new to the political arena and hence many commentators wrote him off as a lightweight. He went to the run-offs challenging Keiko Fujimori, who was contesting presidential elections consecutively for the last three times.

Castillo comes from a family of small farmers. Through his work as a teacher and activist, he gained the trust and support of many in the farming community and the trade union movement. He campaigned on a pro-poor agenda, promising to introduce higher taxes on powerful mining firms in this copper-producing nation. Expropriation of all foreign mining projects was another important campaign promise he made. Castillo stated that if elected, he would hold a referendum to rewrite the dictatorship era, neoliberal constitution and end all inequalities. He promised to guarantee the rights of indigenous communities, women, and peasants and prioritise human rights. Drawing from his experience as a teacher and as an activist who had led a teachers' strike in 2017, he campaigned for increasing budgetary allocations for education from 3.5 to 10 per cent of the GDP. His vision prioritising education and employment attracted lot of youth.

On the other hand, Fujimori projected herself as an experienced politician. She campaigned against Castillo stating that he is a political novice, a communist and has relations with the Shining Path. She said that if elected, she would govern by bringing many of the ‘old guard’ into administrative positions. These ‘old guard’ are compatriots of her father, Alberto Fujimori, a dictator who ruled the country from 1990 to 2000. Many feared that electing Keiko Fujimori would bring back the years of her father’s dictatorial rule.

During Alberto Fujimori’s presidency, neoliberal policies were implemented with great intensity and vigour. His right-wing authoritarian rule and policies are popularly called as Fujimorismo. Alberto Fujimori’s government forcibly sterilised 272,028 mostly indigenous, rural, and poor women and murdered thousands of Peruvians, who were against his policies. In the name of eliminating Shining Path guerrillas and Left-wing extremism, he unleashed a reign of terror and abused human rights. According to Peru’s Truth and Reconciliation Commission, during Fujimori’s dictatorship, 69,280 people had been killed or disappeared. Of them, 80 per cent lived in rural areas and 75 per cent spoke Quechua or other indigenous languages, showing his bias against indigenous people and small-scale farmers. Mass graves are found around the country and some are yet to be uncovered.

After years of struggle, Fujimori was arrested and is now serving term in jail for his crimes that include corruption and human rights abuse. Earlier conservative presidents tried to pardon him and release him from the jail, but were foiled by popular struggles. Keiko Fujimori in her election campaign said that if elected, she will pardon her father and ensure his release. She also campaigned saying that the country needs a ‘strong hand to bring it out of the mess’ and she would do that. Though her words pleased the elite, rich and conservative sections of the society, it had angered poor farmers and workers, who still seethe from the scars of her father’s presidency. Fearing that her victory would lead to the re-establishment of right-wing, neoliberal authoritarian rule, they came together to defeat her.

As the first round of elections in April saw a poor voter turnout and high levels of absenteeism, the fear of Fujimori’s victory pushed the progressives and Left to intensify their voter mobilisation efforts. Keiko Fujimori herself is not a ‘clean politician’ as she would like to claim. She is accused of receiving more than $17million in illegal campaign funds and heading a criminal organisation. If these allegations are proved, she could face a 30-year jail term. Her corrupt practices also enraged people to vote against her.

SUPPORT FROM RURAL AREAS
Castillo received strong support from rural areas, while Fujimori has done well in rich urban neighbourhoods and Peruvians living abroad. When the counting process began with a count of urban votes, Fujimori was in the lead. But as the counting proceeded and votes from rural areas were counted, her lead slipped and Castillo emerged as the winner. When she was leading in the initial rounds of counting, Fujimori praised the transparency of election process. As her lead slipped, she accused Castillo of voter fraud. Fujimori called her supporters to reject people’s verdict and protest.

To pre-empt right-wing attempts to over-turn the results, Castillo called his supporters to ‘defend democracy’ and ‘not rest’. “May this historic vigil allow the rebirth of a new country”, he stated.

Castillo has a difficult task on his hands. For the genuine ‘rebirth’ of Peru as a ‘new country’, Castillo has to confront the entrenched ruling classes and their hold over various organs of the State machinery, including the Congress. His commitment to campaign promises will be put to immediate test from the day one after he takes oath on July 28.

As repeated experiences in Latin America have proved, the only way to ensure the implementation of campaign promises is for the people to remain vigilant and continue to exert pressure through popular struggles.