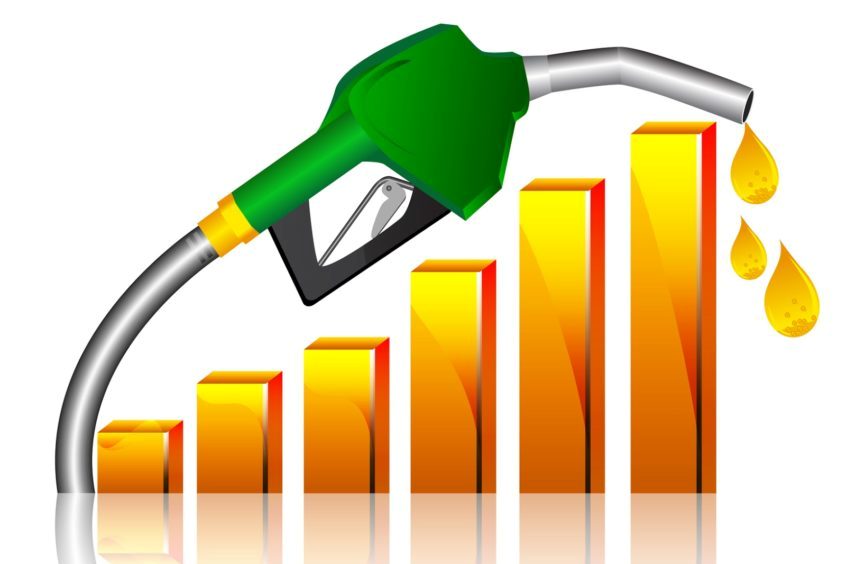 THE relentless increase in the prices of petrol and diesel is adding to the problems of the people already burdened by the pandemic woes of joblessness and loss of incomes.

The daily increase in the retail prices of fuel has led to the price of petrol breaching the Rs 90 per litre mark in various cities.  At this rate, the Rs 100 mark will be reached very soon.

The government and the oil companies justify this increase citing the rising global prices of crude oil. This is, however, a specious claim. The single biggest reason for the crushing burden is the exorbitant central taxes on petroleum products.  Between 2014-15 and 2021-21, prices of the Indian basket of crude oil (the mix of crude oils that India buys) went up by 17.6 per cent.  In the same period, the average retail selling price in India went up by 55.3 per cent for petrol and 72.5 per cent for diesel. It is clear that the retail prices have increased far more than the global price levels.

At present, in Delhi, 63 per cent of the retail price of petrol per litre comprises of taxes, of which the central component is 40 per cent while state VAT is 23 per cent.  The government is refusing to reduce central excise duties and cesses.  Instead it is proposed in the recent budget to levy a new agriculture and infrastructure development cess of Rs 2.5 per litre of petrol and Rs 4 on a litre of diesel.  The finance minister announced that proportionate reduction in the basic excise duty, special additional excise duty would be done so that consumers would not suffer.  What this means is that there will be no reduction in central excise duties, but only a proportion of it is being converted into cess.  By this ploy, the states would be deprived of their share as cess does not come under the divisible pool.

This is in line with the trend of the declining proportion of revenue for states from central excise duties which has now, in the first quarter – January-March 2021 – come down to the ratio 65:35 to the centre and states from the earlier 60:40.

This iniquitous tax structure on petroleum products has become a major source of revenue for the government at a time when the government’s overall tax revenues have been falling. According to the tax collection data for 2020-21 presented in the union budget recently, the tax revenue has fallen short of the target, except in the case of excise duties. While the total tax revenue was 17.8 per cent less than the target, excise duties were realised 35 per cent higher than the target.

In effect, the government has transferred the burden of lockdown and the sinking economy onto the people by keeping excise duties of petroleum products high, despite falling or slow rising international prices.  According to the government, in a year when there has been a 7.5 per cent fall in GDP, the burden of high petrol and diesel prices are acting as a break on economic recovery.

The upward spiral in petrol, diesel and LPG prices are affecting all sections of the people.  Amongst the worst affected are those who have lost jobs and livelihoods; small businesses, shopkeepers and vendors depending on transportation of goods have seen their costs rising; farmers are being made to pay more for diesel for their tractors and pumps; transportation costs are rising for those depending on daily wages in the unorganised sector; there is a dampening effect on the efforts of the small and micro enterprises to survive the recession; and middle-class budgets are feeling the strain of increased costs for private and public transportation and LPG cylinders.

The taxation policy on petroleum products is part of the overall callous anti-people approach of the Modi government. The lockdown and the pandemic have exacerbated and deepened the inequalities of income and wealth in our society.  In such a situation, the government should have increased taxes on the super-rich, imposed a wealth tax and asked the corporates who have made huge profits in this period to pay up more. Instead, by such iniquitous taxation on petrol and diesel, the centre is looting the meagre resources of the people.

The government must be compelled to substantially rollback the excise duties and cesses on petroleum products. For this, the struggle must be intensified and it should become part of the struggle to defend the livelihoods of the people and their basic rights.
(February 18, 2021)