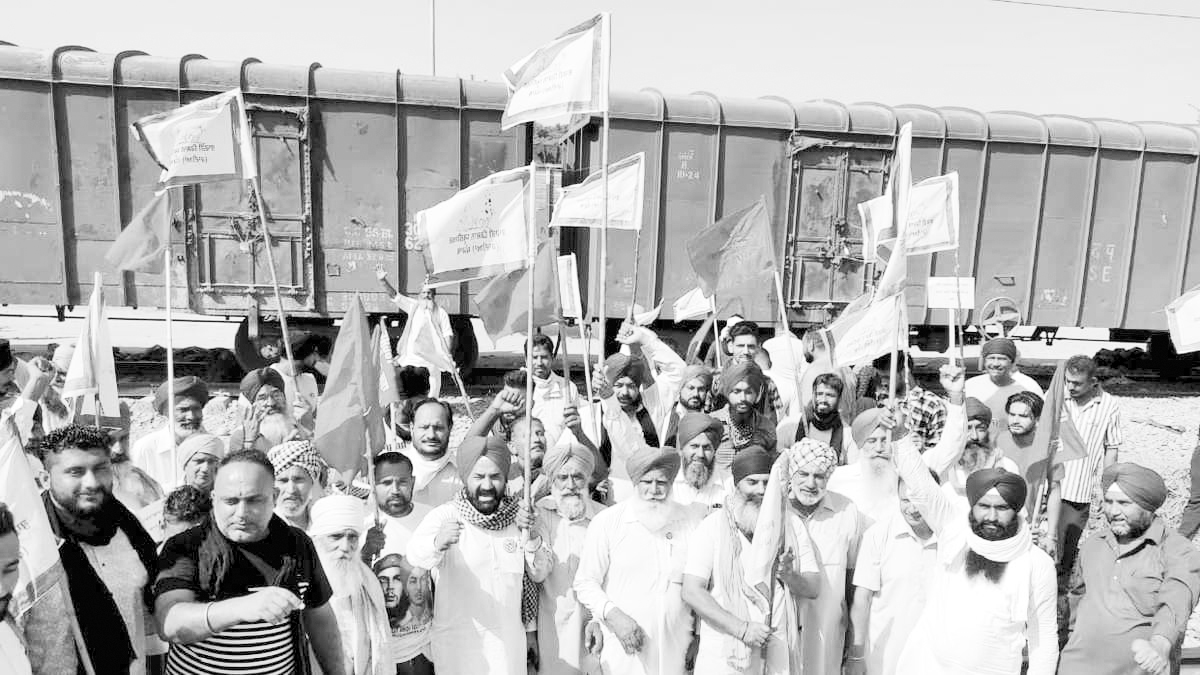 THE All India Kisan Sangharsh Coordination Committee has, in a statement issued on November 11, strongly condemned the vindictive step of the Modi government in not allowing operation of goods trains thus preventing supply of fertilizer, coal and other essential goods, to blackmail the people of Punjab and unleash repression on the peasant struggle in Punjab.

Punjab is known as the granary of India since the inception of the so-called Green Revolution. It has contributed to the food security of the country through a good network of roads and grain markets, and hard-working farmers and farm workers. It is the only state where 100 per cent procurement of wheat and paddy is done on minimum support price in open-ended procurement.

Under pressure from lobbies of agri-business corporations, the BJP government brought in three Farm Acts undemocratically, and these laws will end up demolishing the APMC system. These laws do not have anything related to MSP and procurement guarantee which has been the key demand of farmers of the country and Punjab for several years now. AIKSCC has formulated a law on the subject and placed it in Lok Sabha but that has been ignored by the government. The laws related to contract farming and amendments to Essential Commodities Act are also for the benefit of agri-businesses. Provisions and principles of protecting farmer and consumer interests have been removed through these laws. Farmers and farm workers all over India including Punjab, realise that these moves by the central government are against their interests and have been waging an intense struggle for the repeal of the laws. A Coordination Committee of peasants, workers and other sections of people of Punjab is fighting against the Central Farm Acts, from the last two months. This struggle is going on across the country with massive participation and the AIKSCC along with many other organisations and platforms have called for Delhi Chalo protest on November 26-27, 2020.

Meanwhile, the central government is hell-bent on blackmailing people of Punjab. All political parties of Punjab are supporting farmers’ just struggle and even BJP’s own farmers’ wing and its office bearers are standing in support of kisan movement. Punjab BJP unit is angered at the central government not listening to the grievances of farmers. Ironically, the Modi government is inviting Punjab’s farmer organisations for talks, and at the same time, has stopped trains to Punjab.

AIKSCC condemns this vindictive behavior of the government of India, and stands in full support of farmers, farm workers and other workers of Punjab. It calls upon the government of India to ensure that goods trains are run immediately. AIKSCC appeals to all the peasant and agriculture worker organisations across the country to observe November 12 as solidarity day in support of the peasants, farm workers and other workers of Punjab. AIKSCC calls on all its village units to send one lakh e-mails to the president of India demanding that this vindictive action by the Modi government against the people of Punjab is stopped and goods trains to Punjab be run immediately. The e-mail id is: [email protected]