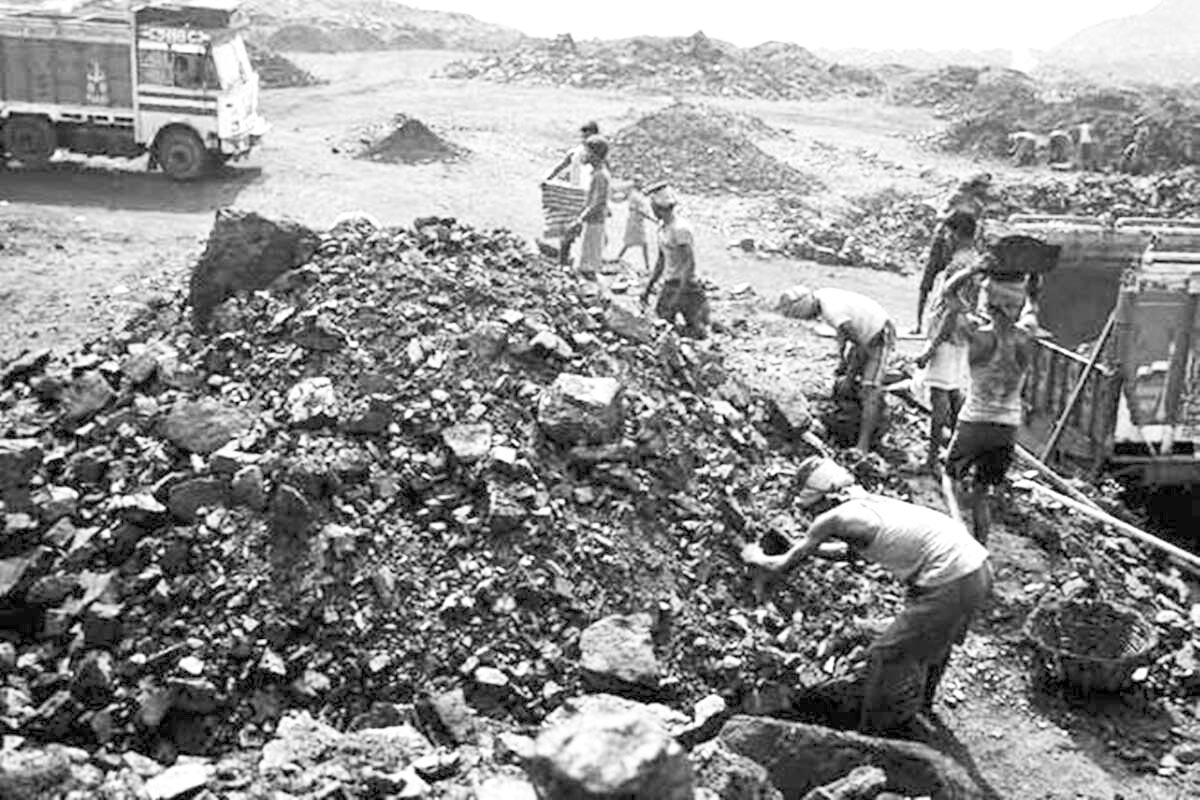 e-Auction of Coal Blocks, nexus between Corporates and BJP

INDIA is self-sufficient enough in the precious natural resources like coal. Tonnes of crores of coal are reserved in the mines of the states like Odisha, West Bengal, Jharkhand, Assam, Chattishgarh, Madhya Pradesh. Fifteen lakh crore tonnes of coals are lifted daily from the mines in our country. The nationalised Coal India Limited (CIL) has been engaged for lifting coals from the mines, distributes and export as a key agency under this type of nationalised supervision for long decades soon after our independence, the coal sector has become a large profit-making sector in India. With this, our country is now the fourth-largest exporter of coal in the world and also the second-largest coal preserve. The coal industry as a government undertaking has been well protected under the Rules and Acts of our constitution and also protecting the biodiversity in different parts of our country and developed the service sector in the nation. But now the coal industry in our country has been under deep crisis over the aggressive role of the corporatisation of the nationalised sector in our country by the BJP as well as Modi-Shah government.

BJP government’s policy of privatisation of coal mines in our country is now the ‘Vision-2030’. The aim of this government under the scheme is to hand over the ownership of coal mines in India to the big national and global corporate houses. The primary aim has been fixed up to handover ownership of coal mines up to 20 to 25 per cent within the next 2022 to the corporates. In this context, 41 coal blocks have been identified by the BJP government to put up for e-auction. Papers for the auction have been collected by 76 private agencies for 23 coal blocks. The participants are Adani, Jindal and other private entrepreneurs who have no experience at all in mining. It has been known to everybody the close-intimacy of the corporates like Adani, Jindal to Modi. Also the global corporate, like BHP Billiton, Reo Tinto have expressed their keen interest to participate in the auction. It may be recalled that the decision for 100 per cent direct foreign investment had already been taken up by the government of India. The targeted 41 coal blocks include nine each in Odisha, Jharkhand and Chattishgarh, three in Maharashtra and 11 in the state of Madhya Pradesh. A total of 2273 crore tonnes of coal have been reserved in the 41 coal blocks.

The land right of the adivasis and biodiversity of the region is under threat due to the corporatisation of coal mines. Let us take a few examples. Jharkhand, where the coal blocks are situated in the area reserved in the fifth schedule of our Constitution. No responsibility is taken by the BJP led union government to rehabilitate the homeless people. The entire responsibility will be borne by the state government. The auction process has been objected by the Jharkhand government. A petition has been filed in the Supreme Court by the state government challenging the decision of auction which is now sub-judice.

Like Jharkhand, the Congress-led government in the state of Chhattisgarh has also disagreed with the auction of nine coal blocks in the state. The area identified in the Hashdeo forest of Chhattisgarh for auction of coal blocks; this is the area of reserve forests for the conservation of Lermu elephants. This area has been reserved for elephant conservation in total 1995 square kilometre forest area in the bank of the river Mand. Already the auction has been objected strongly by the pradhans of 22 villages in written to the prime minister, Narendra Modi. The dense forest is in 19 square kilometres of the 21 square kilometres of Madanpur North block in Chattishgarh. The ultimate result of the coal block auction in this area will be deforestation. The most popular tiger reserve in Bidar area of Maharashtra are Bandar and Tadoba – Andheri forest. These are also identified for auction of coal blocks. The biodiversity will be ruined with this decision.

Coal mines in India had been nationalised in two phases in the year 1972 and 1973 to restrict unskilled private lifting and to impose scientific method keeping in view safety and environmental standards. The safety rules have been imposed to protect the coal mine workers slaughter during mining operations. There was an improvement since the nationalisation of coal mines. The coal called ‘maharatna’ became the national as well as people’s property since that time. All the private agencies in the coal mines sectors were undertaken by the government of India and established the nationalised, Coal India Limited (CIL).

In a statement made by coal minister in the parliament, it was stated that Rs 2.3 lakhs crores have been earned from the coal industry by the government of India within the financial year 2013-14 to 2018-19. The earnings grew up from Rs 19,713 crores in the financial year 2013-2014 and jumped to Rs 2,30,000 crores in 2018-19 breaking all the records with the continuous increase of incomes.

Coal is the most important component in different types of industries like electricity, steel, aluminium, fertiliser etc. But the policy for the privatisation of coal industries by the BJP government will be harmful to these types of industries. It may be recalled that the coal mines were captured by the private agencies in the British regime. The only aim of these private agencies was to make super-profits. There was no safety, security and fixed policy of wage for the workers. There was no time limit on justified duty hours for them. The private agencies had no concern about national interests. Now the intention of the BJP government is to return back to the same regime.

Those who will be the owners of the coal blocks will get loans in easy conditions through the government-sponsored window service from the banks. The Environment Impact Assessment Act has been diluted in the interests of the corporates. The Coal Bearing Act has also been loosened by the BJP led government for the corporate agencies. Previously land had been acquired by the government of India for the government agencies only, but, now it is doing it for private agencies as per the amendment; eviction from forests of the adivasis is also included in the amendment of this Act. At the same time under the ruling BJP government the Mines and Mineral Development Act, 1957 has been amended by which there will be no upper limit of production of coal for the private agencies. The corporates will be able to market, fix up the price and export coal.

The effort of privatising the coal industries was started at the beginning of the decades of nineties when the economic liberalisation had been pushed. Then it was called captive mining. The private agencies had been engaged in the coal mines with a condition that private electricity, steel, cement etc., companies can operate the coal mines only for the fulfilment of their own demands. They were not permitted to sell or export coal; it was controlled by the CIL. But there were large scale scams in the process that had been exposed. It had been proved in the Supreme Court that a scam of Rs 1,86,000 crore was held by the private agencies through various malpractices. Also, negligence for the distribution of coal mines by the government of India had been proved in the case. The Supreme Court in its final judgement cancelled the initiative of the government of India for distribution of 214 coal blocks and 10 per cent shares to the private agencies as per the nationalisation of Coal Mines Act, 1973. The attitude of the Modi government towards disinvestment of the nationalised sector is more aggressive. It has amended the acts in favour of the corporate, because of its majority in the parliament. The present initiative for e-auction of coal block is an anti-democratic step on the part of the BJP government to protect the capitalists' interests the immersion of ‘atmanirbharta’!