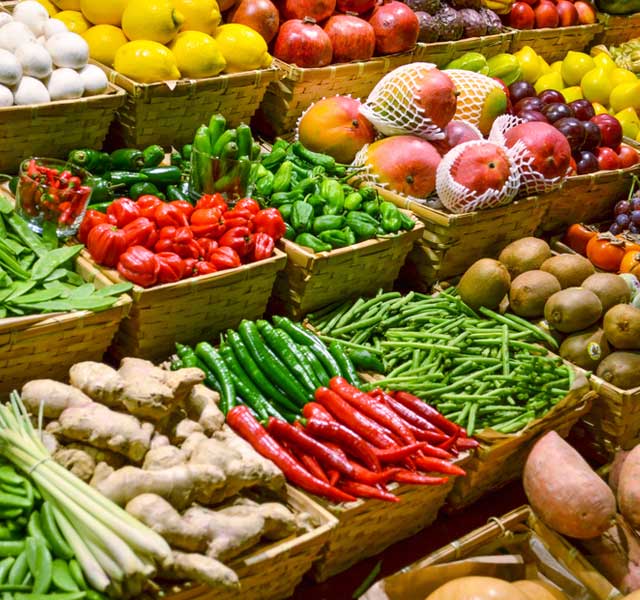 Kerala: First State to Have MSP for Vegetables

ON Kerala Piravi day, Kerala will yet again become a model for the country. On November 1, Kerala will become the first state in India to implement floor price for vegetables. The Government of Kerala has taken up such an endeavour with the objective of empowering the state’s famers.

The Left Democratic Front government in Kerala has made heads turn by introducing an alternative policy that will stimulate the agricultural sector and provide relief to the vegetable farmers in the state. This is in contrast to the approach of the central government which has put the farmers and the agricultural sector in further distress by enacting the new Farm Bills. The announcement of vegetable floor prices by the Chief Minister Pinarayi Vijayan on October 27 is a reflection of the commitment of the LDF government in Kerala to ensure the prosperity of farmers, despite the severe constraints faced by the state governments.

In the first phase, the floor price has been fixed for 16 items, covering vegetables, fruits and tubers. All vegetables grown in Kerala such as tapioca, banana, pineapple, cucumber, lentils, plantain, tomato, cabbage and beans have been covered under the floor pricing. An additional 20 per cent is added to the cost of production of each crop, while fixing the floor price. A system has been put in place to procure vegetables and to transfer the floor price into the farmers’ accounts.

Farmers will be paid a floor price only after ensuring the quality of the produce. Products will be graded during the procurement process to avoid storage of substandard products. Provision for periodical revision of floor price is also included in the scheme. Local bodies are given a crucial role in this scheme as they are the ones that implement the agricultural projects at the local level thereby determining the course of food production at each locality. They will be coordinating the procurement and distribution systems as part of this scheme.

The scheme is envisaged to benefit a farmer with a maximum of 15 acres of land per season. Farmers who register their name in the registration portal of the Department of Agriculture after insuring their crop under this scheme, can avail the benefits of floor pricing. Registration on the portal will start from November 1. However, registration is not made mandatory for the time being for farmers who intend to participate in the scheme through Primary Agricultural Credit Co-operative Societies.

Once the floor price is declared, the registered farmers have to deliver the produce to the notified markets of the Department of Agriculture. The members of the societies have to bring the produce to the notified societies or storage centers. The vegetables procured from the farmers will be sold through the markets under the Department of Agriculture and through selected marketing chains of the Primary Agricultural Credit Co-operative Societies. Surplus produce will be turned into value added products. Therefore, the state government hopes that this project will give a boost to the entire agricultural sector in Kerala.

During the last four years, the LDF government has undertaken a number of intensive programmes to improve the agricultural sector in Kerala. Through various schemes, the government has been able to increase agricultural production and boost the confidence and living standards of farmers. There are many examples of this transformation. The expansion of paddy cultivation in the state and the increase in vegetable and milk production, are a few of them. When the LDF government came to power, paddy was cultivated in an area of 1,96,000 hectares. Now, the area under paddy cultivation has increased to about 2,50,000 hectares. Cultivation is now being undertaken in lands that were lying fallow for years on end.

Kerala is currently making great strides in the field of agriculture under the coordinated leadership of the state government and LSGIs through schemes like 'Subhiksha Keralam' and 'Jeevani' which are being implemented with the objective of attaining food self-sufficiency. The government hopes to produce an additional 1,00,000 metric tonnes of vegetables and 1,00,000 metric tonnes of tubers this year. A large community of expatriates, farmers and women are expected to actively participate in these projects. The announcement of floor prices for vegetables will ensure a better market for all their produce.

Undoubtedly, the announcement of floor prices will lend a helping hand to the traditional farmers, encourage the new farmers and also stimulate the entire agricultural sector in Kerala.