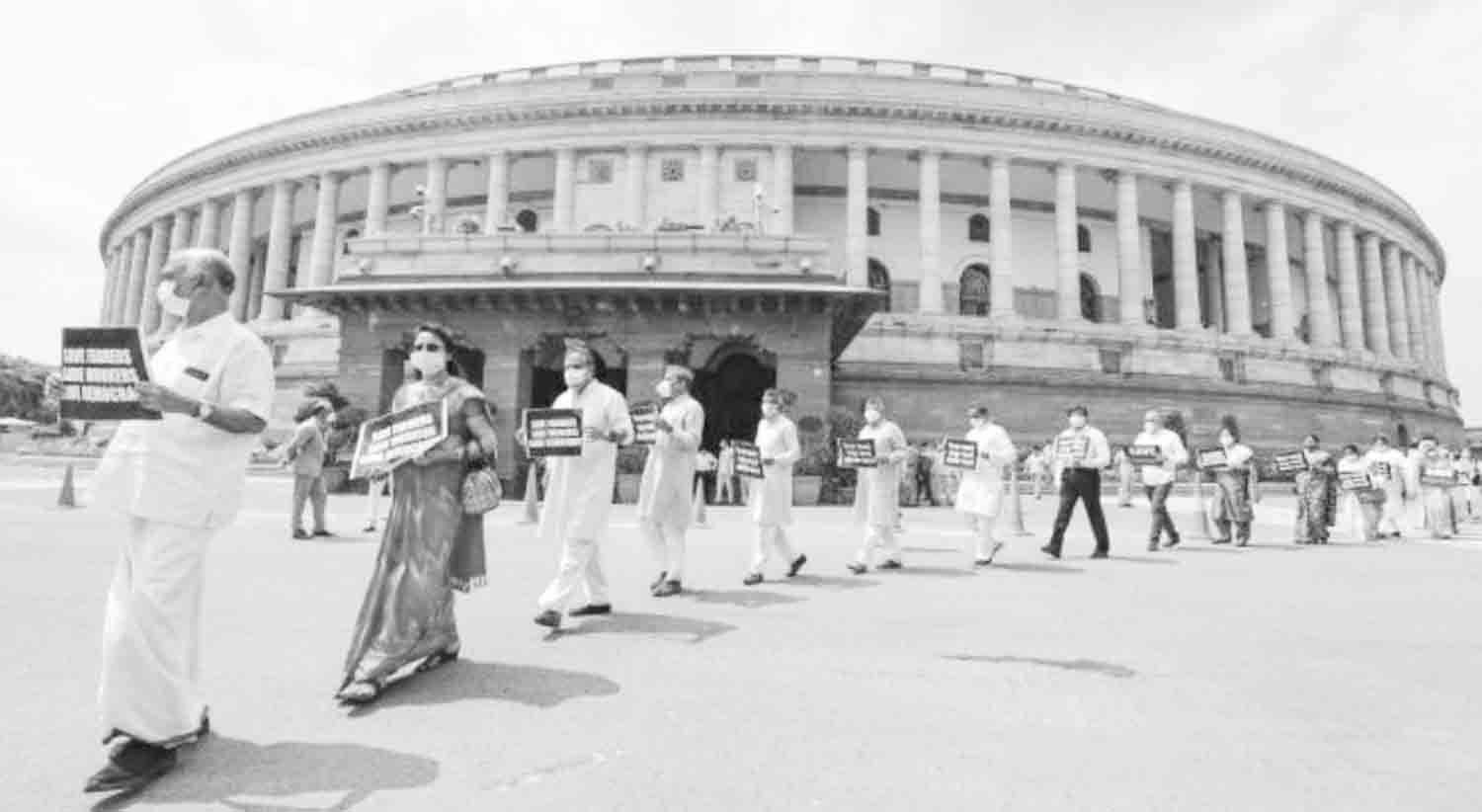 THE Polit Bureau of the CPI(M) strongly condemns the manner in which this BJP government is bulldozing legislations through the parliament violating all parliamentary procedures and denying MPs the right to discuss and seriously consider legislations that are being brought which have disastrous consequences both for the country and the people.

Misusing the serious concerns regarding the spread of the Covid pandemic, even this constricted parliament session has been curtailed and the government is keen to bulldoze all the 11 ordinances it has issued during the lockdown period and are legislated as laws.

The bulldozing of the ordinances concerning Indian agriculture as legislations was done denying the MPs the opportunity to discuss and refusing to have a division through a vote on these bills in the Rajya Sabha. This is unprecedented and tantamounts to murder of democracy.

Every member of parliament has inalienable right to ask for a division of vote on any matter that comes before the parliament for approval.

This right was trampled with utter contempt. In a highly condemnable manner, eight Rajya Sabha MPs, who sought a division of vote, have been suspended.

These new laws handover India agriculture, our produce and our markets to foreign and domestic agribusiness corporations. This immensely benefits foreign and domestic corporates to reap super-profits, imposing misery both on the farmers and the people. The minimum support price is bound to be abolished. Though very shoddily implemented, the MSP, nevertheless provided some security of income to the farmers. With the amendments to the Essential Commodities Act, the scope for large scale hoarding creating artificial food scarcity and price rise, threatens the country and the people. The proposals for “land pooling” and legalising the contract system with benefits to agribusinesses will completely destroy traditional farming. India’s food security is at stake.

Further, agriculture is a State subject under the Indian constitution.

These legislations bypass the elected state governments and hence are a further serious undermining of federalism, a basic feature of our constitution.

The Polit Bureau of the CPI(M) extends the Party’s full support to the call given by the kisan organisations for a countrywide massive protest action on September 25.

The central government must withdraw these bills in the interests of India, our annadathas and people’s entitlements to food security.