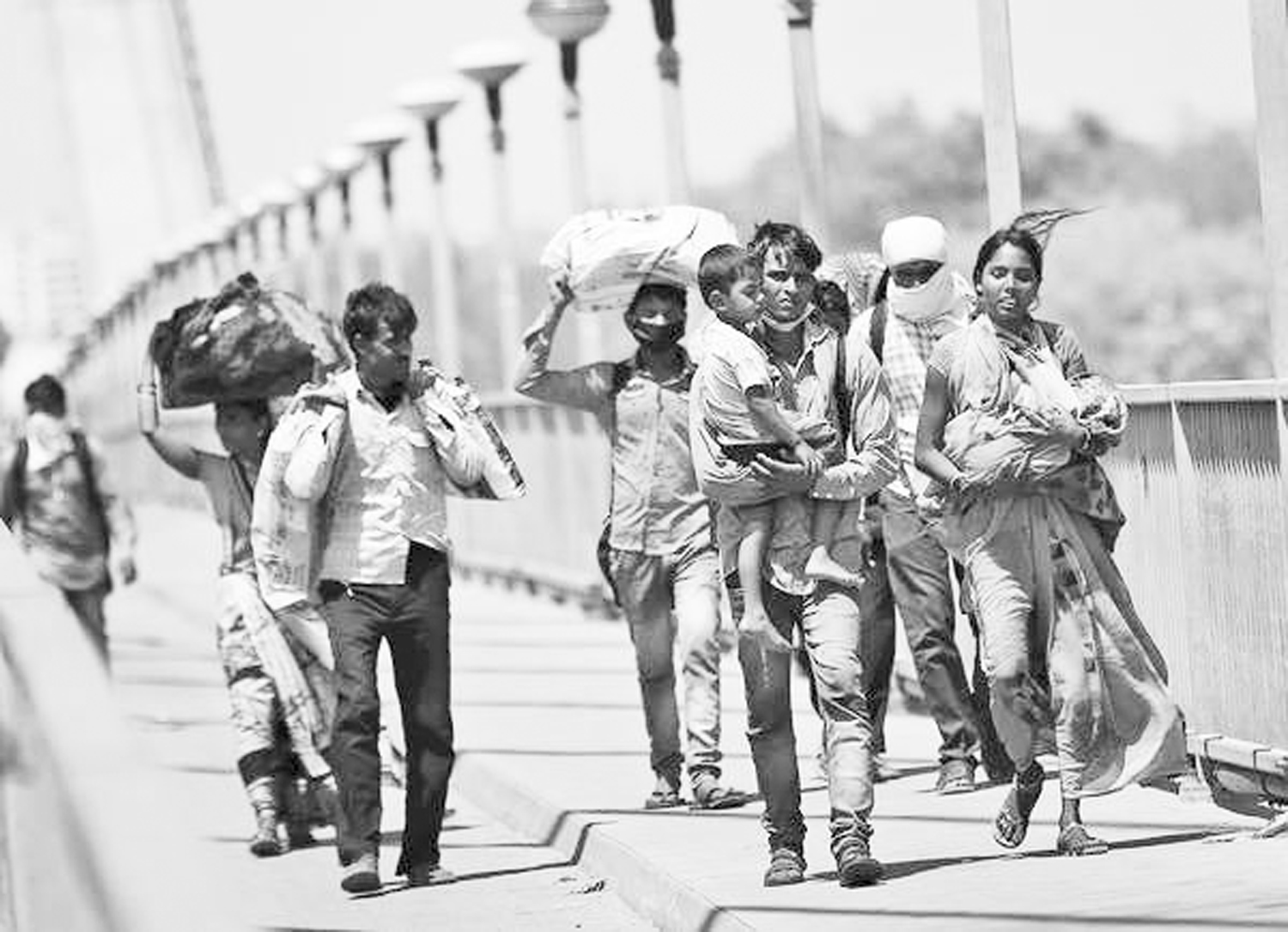 THE recently published National Crime Records Bureau (NCRB) report brought into notice the issue of suicides by daily wage workers. The NCRB has started categorising daily wage workers in the ‘Accidental Deaths and Suicides’ data since 2014. Though the number of suicides by daily wage workers has been continuously increasing since then, this was widely covered only this year. Probably the silent revolt of the migrant workers, large number of them daily wage earners, who lost their jobs, incomes and homes and walked home hundreds of kilometres a few months back, made people to pay attention to their plight.

An important feature was reportedly unveiled by collating data in the NCRB. As per reports, it is shown that, though the immediate trigger for suicide may differ, people with lower incomes are more vulnerable to suicide. The annual income of around two thirds of those who committed suicide was less than Rs One lakh. The proportion of those whose annual income was Rs 5 lakh or more was less than 5 per cent. This was visible even among the working population. The share of daily wage workers (excluding agricultural workers) out of the total workers including professionals who committed suicide was over 39 per cent in 2014. This increased to nearly 49 per cent in 2018. That is, out of the total workers who committed suicide, around half were daily wage workers. If agricultural workers are also added, this goes up to 44 per cent and 53 per cent respectively.

NCRB data also show that the proportion of unemployed in people committing suicide reached double digits for the first time since collecting this data began in 1995. Those who have completed matriculation or secondary school comprise the highest percentage at 23.6 per cent.

As already pointed out, the immediate cause for a person to end his or her life may vary. But the fact that people decide to end their lives for whatever the immediate provocation, indicates helplessness and lack of faith in society in addition to frustration. What should be of even more concern is that lakhs of toiling people, workers, agricultural workers and farmers, who produce the wealth of the country, are driven into situations of desperation and helplessness where they think ending their lives is the only option. It is a loss not only to their families and friends but to the entire society. It reflects the way a society treats people who produce its wealth. But in the present capitalist society, the fact that it is the labour of the workers, farmers and all the other toiling people, which produces wealth, is totally ignored. For Prime Minister Modi and his BJP government, it is the corporates, the capitalists, who sustain themselves by exploiting the workers, whose motive of profit maximisation is the cause for the crisis and the misery of the workers, who are ‘wealth creators’. Incentives have to be provided for them to invest! Workers are idlers; they must be taught lesson by cutting down their wages, benefits and rights! That is capitalist society; and that is what BJP believes in.

It is further distressing to see the media, the ruling parties and their leaders grab incidents of suicide by some prominent individuals as opportunity to divert attention from causes that drive thousands into ending their lives. Unemployment, job losses, lack of income, poverty, inability to feed their families, inability to repay loans etc, which are questions of life and death to workers and all common people are brushed aside as a small price to advance the so-called ‘reforms’ to protect corporate profits and the capitalist system. Above all, neoliberalism promotes helplessness and a sense of isolation by denigrating trade unions and all collective actions.

The NCRB data as well as the visuals of the migrant workers marching on the highways and railway tracks, hundreds of them succumbing midway due to exhaustion and accidents show that the distress of the daily wage workers was not only due to the lockdown. They were distressed, pushed to the margins, into precarious conditions even before the lockdown. The sliding economy due to the global economic crisis hit them hardest. The lockdown and the total apathy of the BJP government further worsened their situation.

As per the latest GDP figures, our country’s economy has registered a sharp fall of around 24 per cent, the worst among the major countries in the world. But our finance minister and some of her guides and advisors see ‘green shoots’ sprouting up. Common people, however, are not able to see any ‘green shoots’ in their lives even in their dreams. Future appears even more bleak to them. Labour laws amended to remove the little protection and welfare benefits available to the workers; cuts in permanent jobs; retrenchments, declining jobs in both urban and rural areas, unemployment, wage cuts, receding access to health and education, indebtedness – this is what stares the workers in their face.

The BJP government stubbornly refuses to provide any succour to the workers and the poor in general. The trade unions, the Left parties and many others have been demanding cash transfer to put some money in their pockets for providing succour to the poor as well as to improve the economy. They have demanded free food grains to all needy.

But the Modi led BJP government, committed as it is to neoliberalism and obedient to the dictates of international finance capital, has totally ignored this. Instead, it is brazenly utilising the lockdown, not for strengthening health infrastructure and improve public health care facilities, but to facilitate exploitation of the people and handover the country’s wealth and resources to the corporates, domestic and foreign; to suppress democratic and constitutional rights to thwart resistance and opposition. It is resorting to witch hunting. Progressive, rational individuals and forces, voices of resistance are being targeted in a bid to throttle all dissent. In addition, along with its mentor RSS and its other outfits, the BJP is fomenting communal polarisation to divert attention from the real issues of the people, divide them on communal and caste lines, disrupt unity and weaken united struggles. It is using its power at the centre to influence all institutions to carry out its communal divisive agenda of ‘Hindutva’.

Despite the lockdown restrictions and difficulties, and the attempts of the BJP government led by Modi to suppress dissent through arrests, false cases and threats, hundreds of thousands have come on to the streets to fight for their demands. Workers and employees in different sectors including contract workers and daily wage workers have been fighting against retrenchments, wage cuts, anti- worker labour law amendments and attacks on their basic rights, including by going on strike. Farmers have come together to fight the anti-peasant ordinances. Workers, peasants and agricultural workers have come together to fight on common demands.

Strengthening such unity and intensifying struggles and taking them to a level of defiance and resistance is the only way to create confidence – among the workers, all sections of toiling people and the common people in general – that neoliberalism can be defeated; that pro-people and pro-worker policies can be brought in. Support and solidarity among all sections of toiling people will drive away desperation, inspire people and create determination to come together to fight. That is the way forward in this situation of multipronged attacks by the ruling classes.

Don’t despair! Don’t take your lives!
Let us come together to fight to change our lives!!