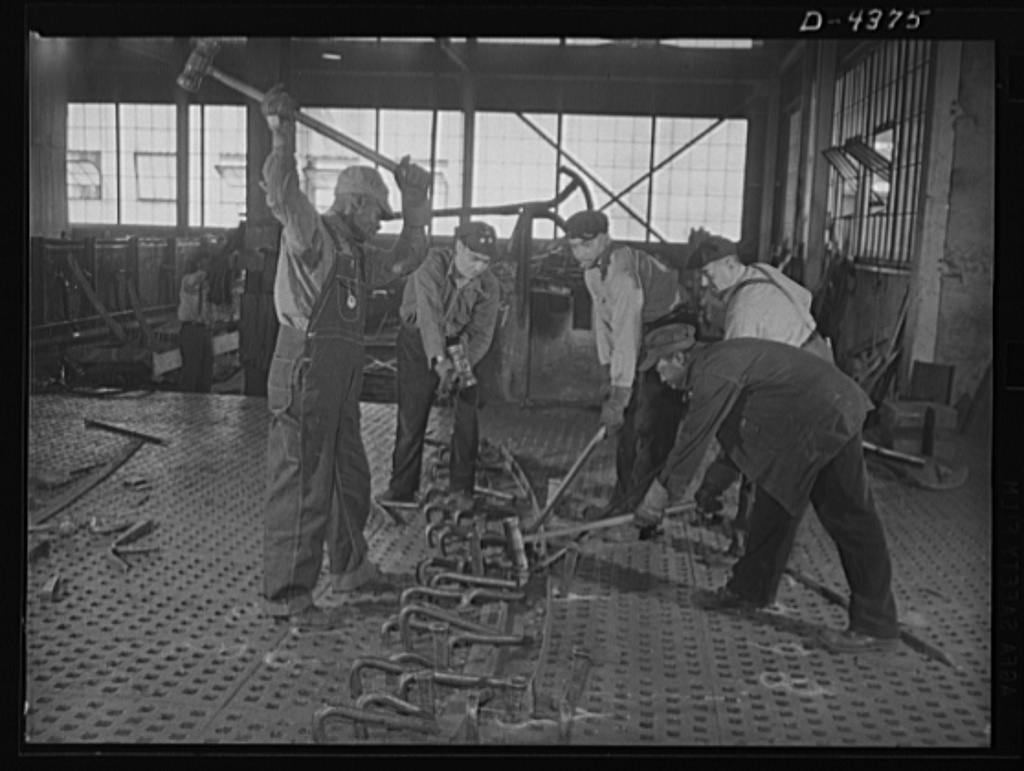 After the Communist Party was allowed to function legally, for the first time since its formation, it organised a Convention of Party cadre working in the Trade Union front (AITUC in the main, but also other trade unions). Around 300 comrades attended this two-day convention held in Calcutta, in 1952, where the Party’s approach to the workers’ issues and methods to be adopted while working in the TU front were discussed, decided and certain directions were given. Given below are excerpts from the document adopted in the convention.

“OUR TU functionary must know at least a short outline of our struggle and achievements so that he can give an outlook of confidence, class-consciousness and victory to the worker and can draw on past experience to help in the present struggles….Our enemy distorts our history and misleads the worker. We must be able to combat this distortion.

“Our TU functionary must know the markets for the products produced by our workers, the prices therein, the causes of their rise and fall. It is necessary because the government and the bourgeoisie try to set the consuming public against the worker by attributing high prices to our wages and create antagonisms between the working class of the towns and the peasantry in the countryside.

“Our TU functionary must know at least the rudiments of the technique of the trade in which he is running the union, so that he can understand the problems of wages and work-load, of speed-up and piece-rates better and can represent them with correctness. The best teacher in this is the worker in the trade itself. We must not neglect to learn from him.

“Our TU functionary must pay serious attention to the application of the laws on industrial matters. There is a tendency to consider all the laws as attacks on the working class and hence requiring no attention except to combat them in a general form. But it is forgotten that there are two sets of laws. One is an achievement on our part and to demand and supervise their realisation and application is a task of the trade unions….We must build the trade union movement around the struggle against such laws as are against the interests of the workers.

“Our TU functionary must not neglect the organisation of social service, cooperative and welfare work, and cultural needs of the working class. There has been a tendency and its exists even today, to label all such activity as ‘reformist’….It is the tasks of the trade unions to organise good entertainment, good cultural education of the workers.
“Our TU functionary must know the caste and national composition of the workers in his union and trade, their customs and traditions, their approach to life and the antagonism that the bourgeoisie foments on the basis of caste, community, tribe and linguistic national concepts.

“The worker coming to industry under the grinding wheel of capitalism, carries with him all the ideology, traditions and loyalties of his tribe, caste, village, religion, etc. The new class solidarity takes a long time to mature in him. In fact, many a caste, village or national bonds act for him as protection against sickness, family difficulties and such other needs. Before he can learn to go to the union for his difficulties, he turns to his jamat. We must learn to evaluate these relations of his and how to prevent them from cutting across his new class needs and loyalties. The caste, nation, tribe in the worker must be harnessed in the service of building the class outlook, solidarity and trade union unity of the workers as an exploited man, where the exploiter stands above him irrespective of caste, tribe, nation and religion.

“In view of the special hardships imposed on the women not only as workers but as women in the conditions of our economy, the TU functionary has to pay special attention to the problems of women in matters of equal pay for equal work, maternity benefits to working women, care of their children, etc. As regards young workers, he must pay special attention to the question of apprenticeship laws and education, sports, etc., after working hours.

“We must learn to develop the unity of the employed and unemployed against the common exploiter who uses one against the other for his own aims.
“We must learn how to build up new cadres inside the factories, fearless and militant, watchful and wise, to take the lead of the workers’ struggles.
“Our TU functionary must learn how not to run ahead of the masses or lag behind them. This he can do only by experience and study. He has sometimes to restrain the inexperienced masses, while at other times, he has to rouse them into correct action.

“Our TU functionary must know the various tactics of mass struggle from past experience. He must know the local traditions of struggle and its forces and must also learn from them. Ready-made rules of struggles will not serve the purpose except in the general approach.

“Our TU functionary must know the peasant around his factory if it is in the countryside. In such areas the worker lives in the village and works in the factory. Under such conditions, strike struggles are directly linked with the peasantry around….We must learn how to get the peasant’s help and also how to render him our help. In the sugar plantations, tea gardens, in mining and new factories spreading out into the interior to secure cheap labour and land, the sympathy and ties with the peasant are a great factor in the success of the TU struggles.

“Our TU functionary must have the overall world outlook of Marxism….

“Our TU functionary himself must develop culture, must be modest and patient with the masses. Even while negotiating and dealing with the enemy at the conciliation and negotiation table, he should be polite and dignified, though sharp and firm in his approach. Rudeness is not the attribute of the class struggle.

“If we succeed in producing such a functionary and boldly champion the cause of the workers, without jumping into false sectarian boldness or reformist lack of confidence, we shall revive our TU movement, we shall take the lead of the people’s struggles on all issues and take the path of achieving the demands of the workers and the people.
“In carrying out the tasks, the crux of which lies in building the unity of the working class and the trade unions, besides knowing the moves of the ruling classes, the struggles and achievements of the working class and their lessons, as stated above, it is also necessary to understand how the Party and the trade unions led and advised by it functioned, where and how they behaved correctly and where they made mistakes.

“In building TU unity, it is also necessary to understand the character of the organisations and their leadership with whom we try for organisational unity. It is necessary to lay down the dos and don’ts in achieving unity from below as well as from above.

“What are mistakes we are likely to commit now? Not having live mass contact and organised cadres working right inside the factories on a large-scale, we are not able to feel the pulse of the workers and know their grievances in concrete. Hence, we do not react swiftly when the masses want us to lead them in struggles. This can be corrected only by genuine TU work on a mass scale, in the residential areas, where we cannot enter the factories, and in the factories where we can get entry, if not by recognition at least through our TU membership.

“All TU cadres must get into close contact with the workers, employed and unemployed, through mohalla-basti contacts or factory.
“Cadres must lay down minimum daily tasks on TU front, including all aspects of the worker’s life. They must keep track of the mass mind in its reaction to the food situation and the crisis and their day-to-day demands.

“Demands in each trade and industry must be carefully formulated. Formulation of extravagant demands must be avoided.
“Before and after launching the struggle, cultivate non-working class opinion in your support. This must be carefully done especially in such trades as municipal services, transport, domestic, lighting, etc….Whether the strike has to be half day, one day or prolonged depends on the preparedness of the workers and the unity of the leadership….Defence of workers’ interests includes defence against police terror and violence of the employers’ gangs. How to do it depends on the particular situation, readiness of the people to suffer and to act.

“The question as to how to relate the worker’s TU struggles with those of the kisans depends on the area and industry and the state of organisational and ideological preparedness of both the workers and the peasants concerned.

“It must be remembered that no amount of detailed instructions can ever take the place of mass experience and the ability and skill to use it in building TU and defending the demands of the working class”.