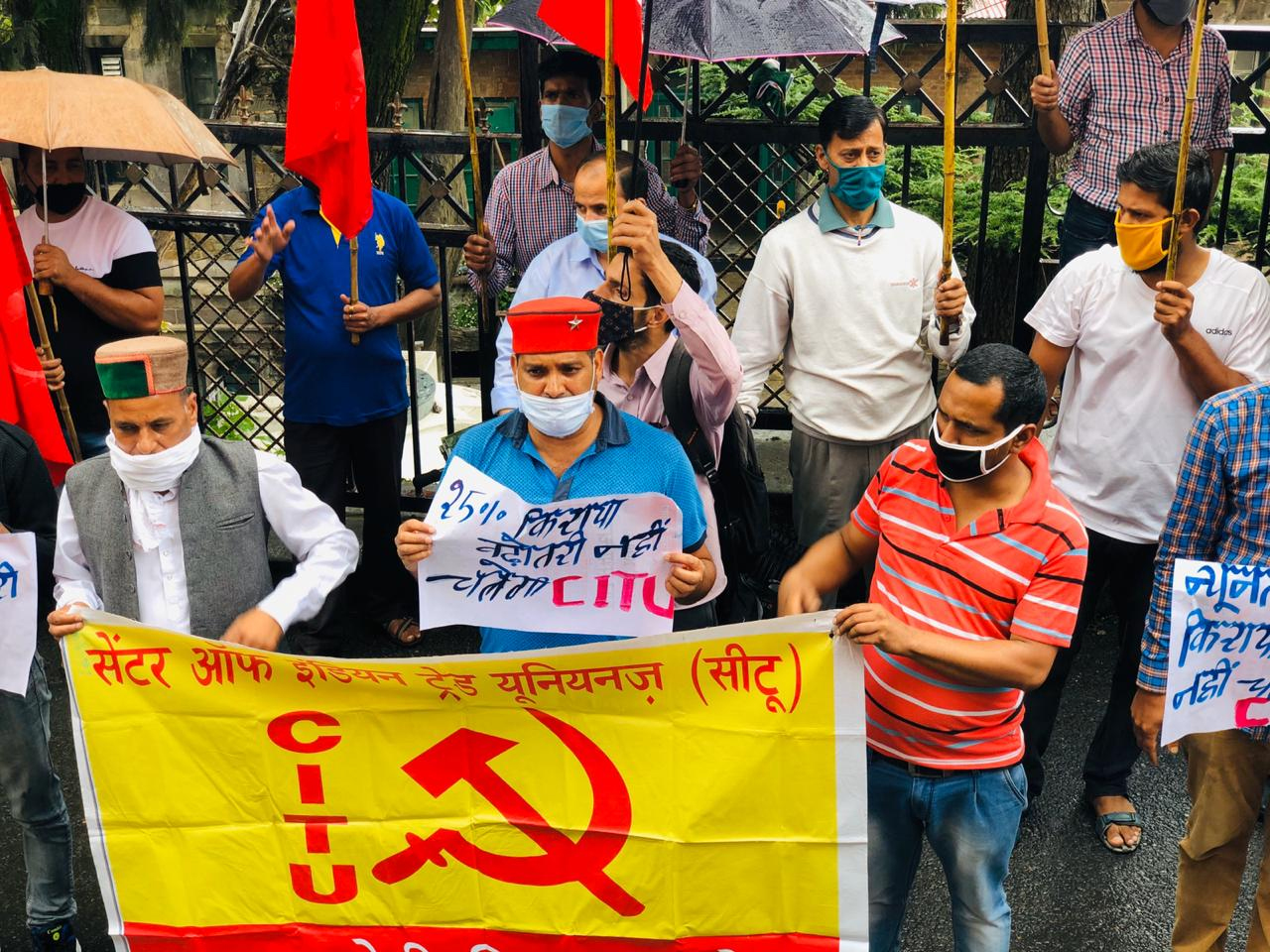 Transport Industry on the Verge of Collapse, Unions Tell Minister

THE All India Co-ordination Committee of Road Transport Workers Organisations (AICCORTWO) has called for a protest day on August 5, in a move to draw attention to the severe crisis that is pushing the transport industry to collapse during the Covid-19 pandemic despite the workers being on duty braving dire conditions.

K K Divakaran, convenor of AICCORTWO, has written to the union transport minister, Nitin Gadkari to bring to his notice the serious issues faced by transport workers in the country. He also put forward 12 demands of AICCORTWO to make it possible for workers to survive in the industry.

The major demands made by the organisation include: withdrawal of hiked excise duty on diesel and petrol; rolling back the revised prices by the oil companies since June 7, and bringing petrol and diesel under the purview of GST duly compensating the loss of revenue to the states.

The unions, in a move to strengthen the State Road Transport Undertakings (STUs) have demanded budgetary support to strengthen and expand STUs, exemption of excise duty, sales tax on diesel, chassis, spares, fabrication, etc for STUs and to only allow STUs to procure electric buses under FAME I and II. They also demanded the government to restore capital contribution as per RTC Act 1950 and urged it not to measure STUs on the scale of profit and loss.

Divakaran, in his letter to the transport minister said that the workers in the unorganised sector are on the roads round the clock in all the adverse climatic conditions and yet they lack social security, welfare and are not covered by the labour laws. He also added that the harassment of police and other officials is on the high side during this period and that there are cases where some workers died because of the torture by the police and transport officials.

He noted that the industry has been in crisis even before the Covid-19 pandemic due to high prices of diesel, third party insurance premium, toll charges, road tax and the heavy enhancement of several charges of the transport department. Particularly the petty owners having one or two vehicles, and the self-employed of auto-rickshaw, taxi or truck are in serious crisis. They are not in a position even to pay the EMIs.

“The pandemic and the prolonged lockdown added fuel to the crisis and now the industry is on the verge of collapse. Recently some unorganised transport workers have committed suicide in different parts of the country due to pressure by the private financial companies for payment of EMIs and some due to the financial crisis even to feed the family which is very heart burning,” he wrote.

He also wrote that the STUs all over the country are passing through severe financial crunch because of the ever-increasing cost of operation, non-provision of capital contribution as per RTC Act 1950, both by the centre and the state governments, and illegal operation of contract carriages by private operators looting the legitimate revenues of the STUs.

He pointed out that the workers are made to suffer due to reduction of manpower, increasing workloads, nonpayment of salaries in time. He added that abnormal delay in payment of terminal benefits to the retired employees has become the order of the day. “Dearness Allowance is also deferred to March 2021. The Covid-19 pandemic and the prolonged lockdown has further worsened the situation. Even during the unlock-2 period, the occupancy ratio (OR) is very low, the gap between the revenue and expenditure is further widening.”

He said that the electric buses under FAME I and II which are being operated through franchise by private entrepreneurs are causing burden to the STUs and posing a threat to the workers. He said that the buses should be supplied to the STUs directly and be operated by the STUs only.

“About one lakh buses are going to be procured from the private people on hire scheme for STUs under bus rejuvenation policy under the World Bank project. Adding one lakh buses to meet the demand is a welcome step. But it should not be through the hire scheme. Buses should be procured by the central government, supplied to the STUs for operation by STUs only,” he said.

CITU protested strongly outside the DC office Shimla against the decision by the Himachal Pradesh government to increase the bus fare by twenty five per cent and increase the minimum fare rates from five to seven rupees on July 23. CITU has warned the state government that if the bus fare hike is not withdrawn, CITU will mobilise the people and the working class to create a statewide agitation and will protest against this anti-people decision on the streets at the block and district headquarters

CITU state president Vijendra Mehra and general secretary Prem Gautam have demanded the state government to immediately withdraw the bus fare hike. After the BJP government took office, there has been a fifty per cent increase in bus fares. The minimum fare has been increased by more than two hundred per cent. At the time of the BJP government was in power, the bus fare was about one and a half rupees per kilometer which has increased to about two and a half rupees today. The minimum fare has been increased from three to seven rupees. This is outright loot.

The state government is also in touch with big transporters. Seventy per cent of the people working in the private sector in the Corona period have lost their jobs in full or in part. At this time the people needed help from the government, but by increasing the bus fare, this government completely dashed the hope of relief to the people.
Due to the minimum fare of seven rupees, the laborers and poor farmers will have to think ten times before boarding the bus.  This government is completely anti-poor and  has shown its true face. This gimmick, adopted by the state government to increase its revenue and benefit big transporters, is anti-worker, farmer and public. This government has become completely insensitive and is taking away the right to live from the people by imposing such decisions.