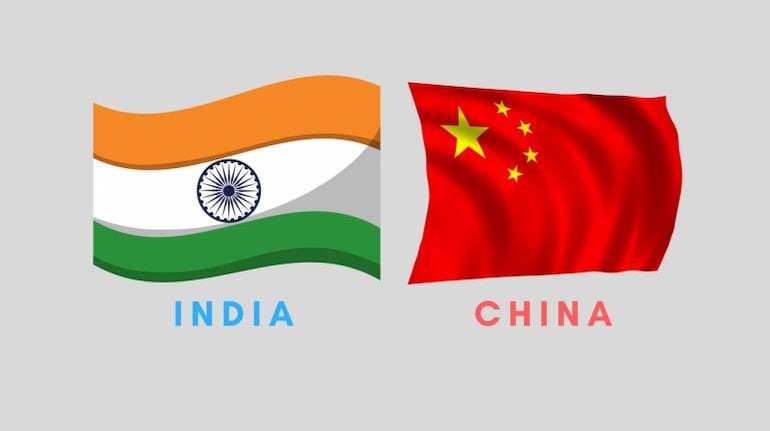 THE clash at the Galwan river valley which resulted in the deaths of 20 Indian soldiers, including the commanding officer of the 16 Bihar regiment, has understandably roused the anger of people in India.  The incident was shocking and condemnable as it happened after the June 6 meeting of senior military commanders of both sides where an agreement was reached on de-escalation and disengagement at various points on the Line of Actual Control (LAC). There is still much which is unknown about the circumstances that led to the physical clashes between the Indian and Chinese soldiers on the night of June 15. The government has done nothing to clarify matters.

At the all-party meeting held on June 19, all the parties reiterated that the country is united in facing the situation. But this does not mean that no questions should be asked about the whole episode of the standoff between Chinese and Indian troops around the LAC in Ladakh and our response.  These need to be assessed properly and lessons learnt.  Only this will help the government and the country to find a way forward.

The foreign ministers of India and China held telephonic talks on June 17. After reiterating each other’s positions, they concluded that, “the overall situation would be handled in a responsible manner and both sides would implement the disengagement understanding of 6 June sincerely.” Further, “Both sides would take no action to escalate matters and instead ensure peace and tranquility as per bilateral agreements and protocols.” This was the approach the CPI(M) supported in the all-party meeting.

In this context, the jingoistic cries for revenge and military retaliation can be dismissed outright.  No sensible person, of whatever political persuasion, can subscribe to such an unrealistic and immature response.

There are others who claim that all the previous agreements arrived at with China for maintaining peace and tranquility on the border have become redundant.  There were a series of agreements on managing the border issues on the LAC, starting with 1993 Agreement on the Maintenance of Peace and Tranquility along the Line of Actual Control in the India-China Border Areas. Subsequently, there were more agreements in 1996, 2005, 2013 and 2015 under successive governments of India, including that of the Congress and the BJP.  It is these agreements and the mechanisms set-up under them to deal with differences and clashes that helped to maintain peace on the Himalayan heights. The last armed clash leading to casualties had been in 1975, 45 years ago.  It will be wrong to sweepingly dismiss all these efforts. On the contrary, what is required is a new compact building on these past agreements.

The way forward is two-fold – firstly, in the immediate context, talks for tactical de-escalation and disengagement all across the LAC should be pursued.  The meeting at the Lieutenant General level on June 22 at Moldo was a step forward in this regard.  But talks at the military level alone will not do.  There has to be a high level initiative at diplomatic and political levels to begin a dialogue.  However, this requires a clear-cut strategic approach.

The standoff in Ladakh is being seen by many analysts as the Chinese bid to nibble at Indian territory using `salami-slice’ tactics.  But to see this as a mere bid to grab some territory will not suffice.  There are deeper reasons for this fracas on the border.  There are geo-political factors beyond the usual LAC related frictions.  At a more basic level, there has developed a degree of mistrust and suspicion in the bilateral relationship between India and China.

Whatever egregious actions by China, the positions adopted by the government of India have also contributed to such a situation developing.  The steps to dismantle the state of Jammu & Kashmir and break it up into two centrally-administered territories of Jammu & Kashmir and Ladakh have had external repercussions. China saw it from their own standpoint. The Chinese government protested twice to India that for them, this amounted to changing of an administrative arrangement, which has an impact on an area to which China has claims. But the Indian government overlooked this response even when China got the matter raised in an informal session of the United Nations Security Council.

The political grandstanding indulged in by senior government leaders on this issue had also its impact.  On August 6, when the restructuring of Jammu & Kashmir was discussed in parliament, Home Minister Amit Shah had asserted that, “I want to put this on record that whenever I say state of Jammu & Kashmir in the House, then both PoK and Aksai Chin are part of it”.  The Foreign Minister, S Jaishankar, at a press conference in September last year talked about having “physical jurisdiction of PoK one day”.

The first year of the second term of the Modi government also saw speedy steps to integrate India with the Indo-Pacific strategy of the United States – a plan which is meant to counter China.  In September last year, the quadrilateral alliance taking shape between the United States, India, Japan and Australia got upgraded to the ministerial level when the foreign ministers of the four countries met in New York on the sidelines of the UN General Assembly session.

During the current pandemic, India was seen going along with the United States in its diplomatic efforts to corner China at the World Health Assembly.  A union minister echoed the charge of the United States that the coronavirus was produced in a laboratory in China.

All these seem to have contributed to the standoff which has developed in Ladakh. The building of the road to Daulat Beg Oldi and branch roads northwards –  which was  part of India legitimately developing its border infrastructure – is seen in a different light now by the Chinese side.

The government should ask itself why its troubles with our neighbouring countries are increasing. Apart from the intractable territorial disputes with China and Pakistan, Nepal has now raised a dispute over the Kalapani area. The other friendly neighbour, Bangladesh is increasingly discomfited by constant official rhetoric against Bangladeshi infiltrators and the CAA-NRC design to deport these “termites” to Bangladesh. To dismiss all this as part of some design by China is self-delusionary. The fact is, the ultra-nationalist Hindutva world view of the BJP-RSS is having its fall-out on our relations with the South Asian countries.

India has to figure out a way not only to end the present confrontation but also to chalk out a path to resolve outstanding issues with China.  This can be done only through a high level political and diplomatic intervention.  It requires a recalibration of our strategic approach to China.  A former national security advisor and an experienced security expert, MK Narayanan, has recently advocated in an article in a national newspaper that India should adopt a non-aligned posture on the US-China conflict, if the country’s interests are to be best served. This is sage advice, contrary to what the growing chorus of pro-Western strategic experts and lobbyists are demanding. The Modi government, steeped as it is in America’s Indo-Pacific strategy and a burgeoning military and strategic relationship, should consider whether ganging up against China will serve our interests.

India must have the resilience to deal with China on an equal but independent footing. This does not require giving up our core interests. It only needs a political leadership which recognizes realities and works towards protecting the country’s vital interests and independence.