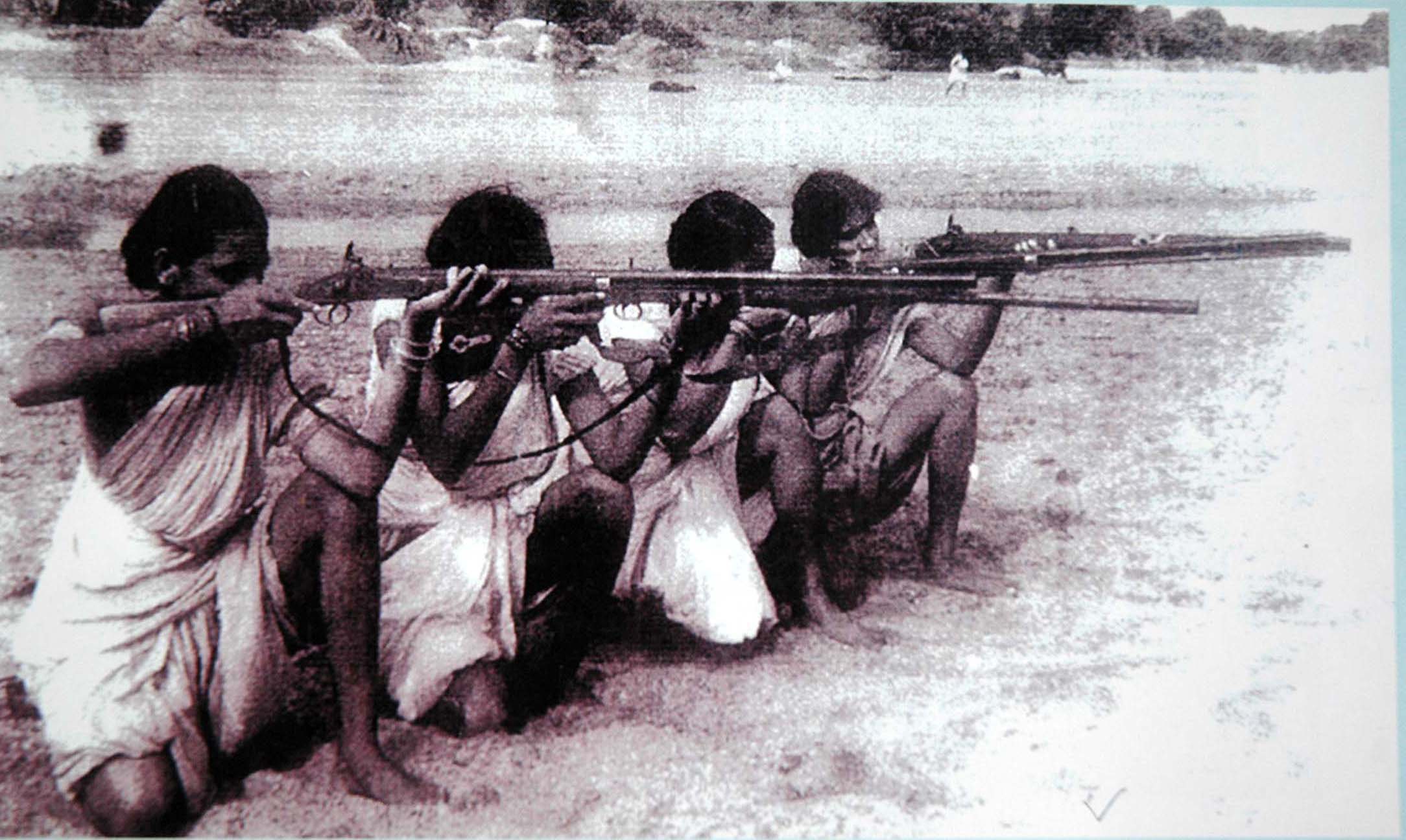 General JN Chowdhury of the Indian army boasted that ‘within six weeks he would liquidate communists all over the Hyderabad State.’ Accordingly, some unofficial estimates indicate that the government of India spent as much money and resources in Hyderabad then, as it had spent in its war with Pakistan over the issue of Kashmir during the years 1947-48. Even then, it failed to ‘liquidate communists’ in the Telangana region. Comrade P Sundarayya, who led the Telangana people’s armed struggle wrote about the importance of the struggle in his monumental work, ‘History and Lessons of the Telangana People’s Armed Struggle’. Here are some excerpts:

“THE single biggest contribution made by the Telangana peasant revolt to the Communist movement in India is of tremendous importance – this struggle brought to the forefront of the Indian Communist movement almost all the basic theoretical and ideological questions concerning the strategy and tactics of the Indian people’s democratic revolution for correct and scientific answers and realistic and practical solutions. A series of issues such as the role of the peasantry in the people’s democratic revolution, the place and significance of partisan resistance and rural revolutionary bases, the question of concretely analysing the classification among the peasantry, and what role is played in the revolution by the different strata of the peasantry, the perspective for the Indian revolution, the specific place and role of the working class and urban centres in our revolution, the precise meaning and import of the concept of working class hegemony and the part played by the Communist Party in realising it in an underdeveloped and backward country like ours where the modern working class does not exceed one per cent of the population, etc., were thrown up for serious inner-party struggle, enabled the Party to arrive at a fairly correct political line, with satisfactory answers to most of the problems posed.

“It is relevant to mention here that during the course of the struggle, particularly during the phase of its last two years, the Communist Party from top to bottom was sharply divided into two hostile camps, one defending the struggle and its achievements and the other denouncing and decrying it as terrorism, etc. Those who opposed this struggle had even openly come out in the press, providing grist to the mill of the enemies in maligning the struggle and the Communist Party that was leading it. This sharp political-ideological split though enveloping the entire Party in the country, was particularly sharp and acute in the Party’s Visalandhra unit which was directly and immediately involved in this valiant peasant uprising. Subsequently, history demonstrated that the inner-party unity achieved, following the withdrawal of the Telengana armed resistance in October 1951, was only formal, superficial and temporary and the division, actually, got crystallised into two distinct hostile political trends. It was not just accidental, and may be of interest to note, that in the Party split that came about in the year 1962-63, the division in the state Party unit of Visalandhra remained, more or less, of the same character and with the same composition as was witnessed during the 1950-51 inner-party strife. With the exception of a handful of individual communist leaders and cadres, who might have changed their loyalties and political convictions, the bulk that stood opposed to the Telangana struggle, on one count or the other, opted out to the side of the right reformist and revisionist Right Communist Party; while the overwhelming majority, that defended the struggle to the last, rallied firmly behind the Communist Party of India (Marxist). No serious student of the Indian Communist movement can succeed in getting to the root cause and reason that inevitably paved the way for the split in 1962-63 if he were to bypass the struggle of Telangana and the various inner-party controversies that broke around the issue of conducting this valiant peasant resistance movement.

“To present, in brief, an overall balance-sheet of this heroic peasant uprising: it exacted tremendous sacrifices from the fighting peasantry of Telangana and the Visalandhra state unit of the Communist Party which was destined to lead this popular peasant uprising. As many as 4,000 Communists and peasant militants were killed; more than 10,000 Communist cadres and people’s fighters were thrown into detention camps and jails for a period of 3-4 years; no less than a minimum of 50,000 people were dragged into police and military camps from time to time to be beaten, tortured and terrorised for weeks and months together; several lakhs of people in thousands of villages were subjected to police and military raids and suffered cruel lathi-charges; the people in the course of these military and police raids lost properties worth millions of rupees which were either looted or destroyed; thousands of women were molested and had to undergo all sorts of humiliations and indignities; in a word, the entire region was subjected to a brutal police and military terror rule for full five years, initially by the Nizam and his razakar armed hordes, and subsequently by the combined armed forces of the union government and the state government of Hyderabad. After the police action, a huge 50,000 strong force of armed personnel of different categories was deployed to violently suppress the movement and restore the shattered landlord rule.

“Of course, the picture is not complete without its second side, the picture of an impressive record of achievements and gains to the credit of the peasant uprising. During the course of the struggle, the peasantry in about 3,000 villages, covering roughly a population of three million in an area of about 16,000 square miles succeeded in setting up gram raj, on the basis of fighting village panchayats. In these villages, the hated landlords – the pillars of Nizam’s autocracy in the rural areas – were driven away from their fortress-like houses – gadis – and their lands were seized by the peasantry. One million acres of land was redistributed among the peasantry under the guidance of the people’s committees. All evictions were stopped and the forced labour service was abolished. The plunderous and exorbitant rates of usury were either drastically cut down or altogether forbidden. The daily wages of agricultural labourers were increased and a minimum wage was enforced. The oppressive forest officialdom was forced to abandon the entire forest belt and the tribals and the people living in the adjoining areas of these forests were able to enjoy the fruits of their labour. For a period of 12 to 18 months the entire administration in these areas was conducted by the village peasant committees. During the course of this struggle against the Nizam’s autocracy, the people could organise and build a powerful militia comprising 10,000 village squad members and about 2,000 regular guerrilla squads, in defence of the peasantry against the armed attacks of the razakars and the Nizam’s police. In a word, this historic peasant rebellion shook the medieval autocratic regime of the Asafjahi dynasty to its roots, delivering death-blows against it.

“To this heroic peasant resistance movement goes the credit of pushing the question of the agrarian revolution into the forefront, compelling the unwilling hands of the Congress leaders to embark upon various agrarian reforms, however halting, half-hearted and pitiful they were. It was during the course of this struggle that the ‘Bhoodan’ utopia was conceived by Vinobha Bhave, the Sarvodaya leader, who was sent there by the Congress leaders for the so-called pacification campaign and anti-Communist propaganda among the peasantry. It was in the course of this bitter and prolonged struggle that people came to grasp the truth that land problem can never be really resolved by the honeyed phrases and pompous promises of the bourgeois-landlord rulers, but a powerful organised militant mass struggle alone can do it.

“Let us also remember again that not a small share of credit goes to the Telangana struggle for forcing the pace of states’ reorganisation on a linguistic basis, enabling the several disunited and dismembered nationalities to realise their long-cherished democratic demand for separate statehood. The powerful blows that this struggle delivered to the biggest princely regime of Hyderabad, inspired the struggle which won the Andhra state and paved the way for the formation of linguistic states throughout India in 1956, forcing the ruling Congress leadership to demolish the unprincipled and arbitrary division of the country made by the former British rulers. The heroic Telangana peasant struggle thus made its unique contribution to redrawing the political map of India on a national, democratic, and sound linguistic basis”.