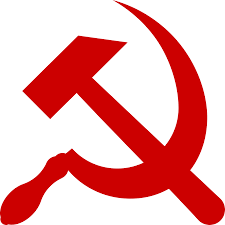 The Polit Bureau of the Communist Party of India (Marxist) held its first meeting through video conferencing on June 2, 2020. It has issued the following statement on June 3.

In the current situation where millions have been rendered unemployed and heart rending experiences of hungry migrant workers on the roads marching back home, the PB has called for an all India protest day on June 16.

KERALA MODEL
The Polit Bureau hailed the people and the LDF government for the exemplary manner in which the state is combating the Covid-19 pandemic. Having flattened the curve of the rise of infections, Kerala has now intensified its efforts to meet the challenge of the second wave as people are returning from abroad and different parts of India into the state. The ‘Kerala Model’ has been lauded internationally. But in India the central government refuses to learn from this experience.

MODI GOVT’S FAILURE
In contrast, the central government has now virtually left the Indian people to fend for themselves in combatting the pandemic. PM Modi, having declared an unplanned, unilateral, abrupt lockdown, has neither used the period of 63 days (before easing restrictions) for either augmenting the health facilities required to combat the pandemic nor in providing relief to the people who have been agonised cruelly  by not getting any time to prepare to meet the consequences of the lockdown. Having unilaterally declared, without consulting the state governments, the central government is now shifting the burden of bearing the consequences of the lockdown, particularly the humungous humanitarian issue of crores of migrant workers with their families moving across the country on to the shoulders of the state governments. Modi refuses to part with the thousands of crores of rupees he is collecting in a private trust fund under the PM’s name, to the states.

The easing of restrictions, is, once again happening in an unplanned fashion with the central government abdicating its responsibilities and leaving it to the states to decide. Instead of containing or controlling the spread of the pandemic or the death toll, the lockdown period has seen a constant spike in the numbers. On March 24, 2020 India had 564 positive cases and 10 deaths. Two months later on May 24, 2020 there were 74,560 active cases and 3,867 deaths. As of June 2, these figures stand at 2,07,615 and 5,815.

All through the period of the national lockdown, instead of single-mindedly focusing on combating the pandemic and providing relief to the people, the central government went about systematically implementing its aggressive agenda of communal polarisation and the pursuit of neoliberal economic policies. The Polit Bureau condemned the targeting of the Muslim minority community, the arbitrary arrests and detention of those who took part in the peaceful protests against the CAA, NRC, NPR and all voices of dissent under draconian laws like the Sedition Act, UAPA and NSA. This lockdown period is also being used by the central government for the centralisation of all authority and power in its hands completely negating a basic feature of our constitution –  federalism.

FINANCIAL PACKAGES
On June 1, 2020, the central government announced some more financial packages over and above the Rs 20 lakh crore package announced earlier. This Rs 20 lakh stimulus was a re-packaging of earlier schemes with the additional commitment of expenditures being around a mere one per cent of our GDP. The package was essentially one of making available loans which is not government expenditure on grants that can provide relief.

This financial package is the blueprint for implementing the neoliberal economic reforms, creating new avenues for profit maximisation by foreign and domestic corporates, aggressively pursuing privatisation of all national assets, sale of public sector units and opening up all sectors of the economy for FDI.

This is accompanied by a vicious attack on the labour laws. In at least ten states, these laws are being virtually nullified using the pretext of the national lockdown.  This will be firmly resisted by the people.

Latest Announcements: On June 1, with much fanfare the government announced new Minimum Support Price (MSP) for certain agricultural products. The increase compared to last year’s MSP is merely two per cent for paddy and likewise for the rest of the commodities. This increase is much less than the cost of production that has gone up during the last one year. Far from providing any relief, this is bound to push our peasantry into greater indebtedness. The government once again announced several measures of making loans available for the MSME sector. Loans are not relief. What the MSMEs require is relief. The earlier Rs 20 lakh package included the previous RBI announcement of Rs 5.2 lakh crore of loans for the MSME sector at borrowing rates lower than in 2010. But there were no takers. Commercial banks were forced to redeposit this money back with the RBI. It is simple. Unless people have the purchasing power to buy what the MSMEs produce, the economy simply cannot revive. No amount of loans can revive the economy unless the people’s capacities to buy increases. This can happen only through direct grants. This, the Modi government refuses to do with contemptuous callousness.

ECONOMY BATTERED
The Indian economy was already in a tailspin plunging into a recession before the Covid-19 pandemic impacted us.  The GDP growth rate figures for the year 2019-20 have been officially released on May 29. This is at an eleven-year low of 4.2 per cent against 6.1 per cent in 2018-19.  The GDP growth rate slipped to 3.1 per cent in the fourth quarter, i.e., January-March, 2020.  Many international rating agencies and independent domestic institutions estimate the fall in the GDP growth rate to be even more than this.  This data pertains to the period before the lockdown except in the last week of March.

The pandemic and the subsequent lockdown have further destroyed a large part of economic activities, that severely impacted on the living conditions of the vast majority of our people.

Fiscal Packages: Most of these packages are simply unrealistic, apart from being totally useless to providing relief to the people, because the revenue collections of the government have fallen drastically. The Gross Tax Revenues (GTR) have fallen by over Rs 70,000 crore and the Corporate Tax Revenue (CTR) by over Rs 1,06,000 crore. The actual GTR collected was 7.1 per cent and the CTR is 8.8 per cent lower than the revised estimates presented in the February 2019 budget. With such a massive shortfall in governmental revenues, all these grandiose announcements will only remain on paper. Despite all announcements of cheaper loans, the gross investment in the economy has fallen by more than minus six per cent.

Attack on States’ Finances: This shortfall in governmental revenues will reduce the share of the states who are already starved of finances. The GST compensation dues have not still been paid by the centre to the states.  All states have been seeking financial assistance to combat the pandemic and the economic impact of the lockdown. The centre has refused to transfer funds to the states who are in the frontline of combating the pandemic.

This period of more than two months has clearly exposed the total inadequacy of the public health services infrastructure in the country. In its drive to privatise everything, the Modi government has virtually dismantled public health care that is taking its toll in this pandemic. The Polit Bureau reiterates its demand that, at least now, the central government must spend a minimum of three per cent of the country’s GDP on public health care.

The lockdown came as the academic year was ending and when examinations were about to take place. This has disrupted the future of a generation of students. This also disrupts the future of our country. Using the lockdown, the central government is seeking to implement its retrograde education policy, unapproved by parliament and imposing digital teaching/learning methods. The digital divide should not be super-imposed on our country’s education system, adversely affecting the future of India. The Party had all along opposed and continues to oppose the replacement of traditional pedagogical teaching in schools and colleges with digital methods. During this period of the pandemic and the consequent disruptions, digital methods may be employed so that the academic year is not disrupted. But this can never be the replacement. Even this must be utilised only where there is universal access to digital equipment by all students in a concerned area. The Party opposes any digital divide in education.

The central and state governments should reschedule the academic session so that examinations can be conducted in the normal way and students do not suffer the loss of a year.

The Polit Bureau noted with concern the standoff that has occurred in various places on the Line of Actual control in Ladakh and Sikkim. It expressed the hope that the talks being held through the established mechanism at the defence and diplomatic levels will help to resolve the issue and maintain normal relations between the two countries.

The Polit Bureau noted that the CPI(M), its members and all its units made concerted efforts in all the states to provide  relief to the people who lost their jobs and livelihood and food to the hungry during the period of the national lockdown.  The Polit Bureau called upon all Party members and units to continue its relief activities, particularly the much-needed relief for the migrant workers.

The Polit Bureau decided to convene a Central Committee meeting in July, using digital technology like done for this PB meeting.

In the current situation when at least an additional 150 million people have been rendered unemployed during the lockdown period adding to the overall huge numbers of the unemployed, a vast section of our people have lost all means of livelihood. The heart rending experiences of hungry migrant workers on the roads marching back home has shown the depths of huger that a sizeable section of our people are suffering today. The PB decided that protests against these conditions must be organised all across the country. These protests will scrupulously observe the regulations and restrictions prevailing in each area maintaining physical distancing, wearing protective masks etc.  The Polit Bureau has given a call to observe an all India protest day on June 16 demanding the following: