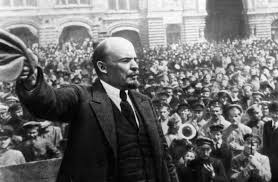 APRIL 22, 2020, marks the 150th birth anniversary of the greatest revolutionary figure of the twentieth century, Vladimir Ilyich Lenin. After Marx and Engels, Lenin made the biggest contribution to the theory and practice of Marxism. Lenin’s groundbreaking theoretical advances, such as his analysis of imperialism, set the stage for the world’s first socialist revolution in Russia in October 1917.

Lenin created a revolutionary strategy that encompassed the industrial proletariat and the peoples of the colonies and oppressed countries. Another aspect of this strategy was the concept of worker- peasant unity. In the sphere of revolutionary practice, Lenin pioneered the role of a revolutionary party organisation as the vanguard of the working class.

Lenin fought relentlessly to safeguard the revolutionary character of the working class against all forms of reformism and class collaboration. As leader of the new state, the Soviet Union, though for a short period, Lenin strove to give direction to building socialism in the face of innumerable odds.That experience was to be of the utmost importance for the future.

In this brief tribute, we deal with Lenin’s seminal contribution to the understanding of imperialism, the contemporary relevance of that contribution, and with the contributions of Lenin and the young Soviet state to combating disease.

Lenin’s profound understanding of imperialism made him the first Marxist to break from the conventional understanding that a socialist revolution was possible only in societies that had made the transition to full-fledged capitalism. Lenin noted that the uneven development of capitalism in the era of imperialism made it possible for a socialist revolution to be successful in a country that was backward with respect to capitalist development. In the era of imperialism, revolution would occur where the weakest link in the worldwide chain of capitalist exploitation could be broken. It was Lenin who pointed out that, after the outbreak of the First World War, which was an outcome of inter-imperialist rivalry, Tsarist Russia was the weakest link in that chain.

The Leninist understanding of imperialism laid the basis for linking the struggles of the working class of the advanced capitalist countries with the national liberation struggles of the people of the colonies.

It is only by building on the foundations of Lenin’s theory of imperialism that we can confront the reality of globalised finance capital today. There have been major changes in the nature of finance capital since the time Lenin analysed imperialism. There have been gigantic levels of concentration and centralisation of capital over the last three decades. This finance capital seeks unhindered access across the globe in its quest for profit. This financialisation of capital along with neoliberal policies has had serious repercussions on the economic and political sovereignty of nation-states and the lives of the working people.

These changes do not mean there is any let-up in the aggressive and predatory nature of imperialism. Inter-imperialist contradictions have not led to wars between imperialist powers but the head of the imperialist bloc, the United States, has waged war against national liberation struggles and imperialist coalitions have waged war against countries to subdue them and maintain their hegemony. The United States uses economic blockades and coercive sanctions against countries that stand in the way of its hegemonic designs.

The predatory nature of imperialism is seen in the expropriation and accumulation of capital by capturing and exploiting the resources of the developing countries; in neoliberal policy of transferring basic services like health and education and public utilities like water and energy to the private domain; and in the intensification of the exploitation of working people in all capitalist countries .

The biggest pandemic in the world took place a century ago in 1918-1919 – the influenza pandemic (misleadingly called the “Spanish” flu, although it did not originate in Spain). The influenza epidemic killed between 50 to 100 million people. The flu spread globally because it affected soldiers fighting in First World War and through troop movements. India, under British rule, was the worst victim; it is estimated that 16 to 18 million people died after the virus was brought back by Indian soldiers fighting in the War.

The pandemic began within weeks of the October Revolution. On behalf of the workers’ and peasants’ government, Lenin issued a decree on peace in October, calling for an end to hostilities by the major powers. His call was ignored by Britain, France and the United States on one side and by Germany and its allies on the other. Britain and its allies sensed victory and wanted to continue the fighting. If a peace treaty had been agreed upon, a better fight could have been put up against the deadly influenza. When the second, more virulent, phase of the flu erupted in October 1918, tens of thousands of soldiers died a swift death.

This dark episode in the history of the First World War showed the inhuman character of imperialism. The quest for hegemony overrode all human considerations of care for the sick and dying.

Russia was plunged into civil war in this period. The counter-revolutionary forces waged a savage war to destroy the revolution and the workers’ State. Russia experienced famine and epidemics during the period. It is not known how many died because of the influenza pandemic. One of its prominent victims was the Bolshevik leader Yakov Sverdlov, the young (he was short of his 34th birthday) head of state of the young republic. Soon after the World War ended, the imperialist powers turned their attention to attacking Russia and strangling the revolution. Eleven countries sent troops to support the counter-revolutionary forces. Their concern was not with the raging pandemic in their midst, but with the suppression of the revolution.

Lenin was the chairman of the Council of Commissars, equivalent of being the prime minister of the revolutionary government, and one of the first steps he took concerned public health. A People’s Commissariat of Public Health was established in July 1918, and control of infectious diseases was one of its priorities. Lenin wrote in 1920: “All our determination and all our experience of the civil war we must apply to combating epidemics.”

The significance of early Soviet policy in this respect is explained in Pale Rider, a fascinating 2017 book about the Spanish flu by Laura Spinney. Spinney writes: “In 1920, therefore, Russia was the first to implement a centralised, fully public health care system. It wasn’t universal, because it didn’t cover rural populations...but it was a huge achievement nevertheless, and the driving force behind it was Vladimir Lenin . . .

“The official vision of the physician of the future was spelled out in 1924, when the government called on medical schools to produce doctors who had among other things, “the ability to study the occupational and social conditions which give rise to illness and not only to cure the illness, but to suggest ways to prevent it’. Lenin realised that medicine should be not only biological and experimental, but also sociological, and it was round the same time that epidemiology – the science of patterns, causes and effects in disease, that is the cornerstone of public health – received full recognition as a science.” (Laura Spinney, Pale Rider:The Spanish Flu Of 1918 and How it Changed the World, Cape, 2017)

Such were Lenin and the new socialist State, blazing a trail in the fields of public health and the war against epidemic disease. And what a contrast to the actions of the chief imperialist power today! Pandemic or not, the United States continues to wage economic and political war against Cuba, Venezuela and Iran. It seeks to appropriate medical supplies for itself, even at the expense of its allies. Berlin's state minister of the interior condemned the diversion to the United States of a consignment of face masks bound for Germany as “an act of modern-day piracy.” While thousands die of the virus in the United States because of its expensive and extremely privatised health care system, Trump has halted funding to the World Health Organisation, accusing it of colluding with China in covering up the spread of the coronavirus.

In these times of pandemic, let us recall Lenin’s prescient observations about imperialism and his tireless efforts to establish a humane system – socialism – in the Soviet Union.