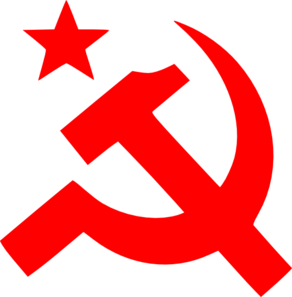 Act on a War Footing to Fight Covid-19 Pandemic

Below we publish the full text of the letter addressed to the president of India by CPI(M) general secretary, Sitaram Yechury,  on April 6, urging the president to prevail upon the central government to take  action on the measures suggested in the letter to control Covid-19 pandemic.

I AM writing to you, as you are the custodian of the Indian Constitution under whose sanction and authority, the central government functions.

The country and people have gone through two ‘symbolic’ events so far. Disturbingly, yesterday’s symbolic event was observed by many as a celebration by bursting crackers, as the country is in the midst of this grim battle against the pandemic. I’m sure you would agree that such symbolism cannot substitute urgent concrete measures that need to be undertaken by the government.

I am constrained to seek your intervention as my earlier communications to the prime minister and finance minister have not seen much response. As this is “your government”, I, on behalf of our people, appeal to you to consider the following issues and direct the government accordingly in the interests of battling and defeating the Covid-19 pandemic.

The prime minister’s announcement of a 21-day countrywide lockdown came with a mere four-hour notice. However, the single-day “Janata Curfew” that he had called on March 22 had a two-day notice so that people could be prepared.

This lockdown has been forced without any prior preparation, neither by the government nor by the people. The result has been a degree of chaos and anarchy which defeats the very objective of containing community transmission of this pandemic.

Hence,I request you to direct the government to address the following issues on a war-footing:

1. Migrant workers
Lakhs and lakhs of migrant workers who have lost their livelihood and daily earnings due to this lockdown have been rushing back to their homes, hundreds of kilometres away. Further, this is the harvesting season and many of them return to help out their families during this period.

The government had organised special flights to evacuate Indians stranded abroad. Similar arrangements could have been made through trains and buses if not planes for our brethren, failing which  temporary shelters maintaining personal distance should have been made prior to the announcement with adequate provision of rations and stay  facilities.

2. States not taken into confidence Federalism is a fundamental feature of our constitution. Article 1 of the Indian Constitution defines “India, that is Bharat, is a Union of States”. Unfortunately, the prime minister did not take the elected state governments into confidence before announcing the countrywide lockdown. Many states were completely unprepared as a consequence.

Now asking the state governments to take the responsibility for the migrant workers’ crisis is very unfair. The central government must generously financially support the states in these efforts. The announcements recently made of transfers from The State Disaster Risk Management Fund are meagre and inadequate.

3. Mitigate adverse economic consequences
a) Crores of people have lost their earning capacity. We cannot allow a severe crisis of mass hunger and shortage of food to occur. I am sure you will agree that this must be prevented at all costs.
In the central FCI godowns in the country, there is a stock of nearly 7.5 crores tonnes of foodgrains. Rather than this stock becoming rotten or feeding rodents, it should be immediately lifted and dispatched to the states for distribution among people who have lost their earnings.
b) The economic consequences of this lockdown have further exacerbated the recession that had set in before the outbreak of the pandemic.  Many firms are laying off workers and in many states there have been substantial salary cuts. The government has ordered that salaries should be maintained but in practice this is not happening. Employers are saying that since their business has come to a standstill they cannot pay salaries.
The governments of many countries have undertaken to compensate the employers, some to the tune of 80 per cent of their wage bill. “Your government” should likewise announce such a measure.
c) The loans taken by crores of middle class people need to be repaid in instalments. Such payments must be deferred by at least three months. Likewise EMI payable must be also be deferred by three months.
Deferment must be interest free.
d) The agrarian distress is bound to intensify. Under these circumstances, “your government” must immediately announce a one-time waiver of loans taken by our kisans. This is perfectly possible given that so far loans worth Rs 7.78 lakh crores taken by our super-rich corporates have been waived by this government. Surely, such empathies can also be extended to our “annadatas”.

4. Shortage of medical equipment
There are numerous reports about acute shortage of critical medical equipment. Our courageous health workers, braving the most adverse of circumstances do not have proper protective gear. Already there are reports from many hospitals of them contracting the infection.
Aggressive augmentation of PPE’s must be undertaken immediately.
There is a likelihood of shortage of hospital space for isolation wards which, at least now, should, be augmented urgently. There is an acute shortage of ventilators, which must be acquired promptly.

It is being universally commented that the testing rate in India is one of, if not, the lowest in the world. As opposed to 7,659 per million in South Korea, in India the figures is an abysmal low of 32.

This is extremely dangerous for the future. The country needs to test as extensively as possible, identify the clusters where the virus is being transmitted, isolate them and enforce lockdown in those areas and not countrywide.
These measures must be undertaken on a war-footing and “your government” must be directed to do this.

5. New Covid-19 Fund
Strangely, “your government” has established a new fund to combat this pandemic called the “PM Cares”. Statutorily, the Prime Minister’s National Relief Fund has been in existence since independence. This fund is transparent, accountable and audited by the CAG. The “PM Cares” fund on the other hand is administered by a trust of four – the prime minister, the home minister, the defence minister and the finance minister. How the fund will be collected, disbursed, what is its accountability — all these are unknown. There are disturbing reports of coercive collections, automatic deduction of a day’s salary  from government employees and professionals, including health workers, without their concurrence.

Already some thousands of crores have been collected from the corporates, celebrities, public sector undertakings and salary cuts. The country has the experience of a similarly administered fund called “Bharat ke Veer” established after the Pulwama terrorist attack to assist the victims of that tragedy and their families. Till date its details have not appeared in the public domain. I’m sure you would agree that such fund is non transparent and non accountable. How can you permit “your government” to do this?

I am seeking your intervention to merge this newly created fund which should have been, appropriately called “INDIA CARES” to begin with, with the PMNRF.

Further, as the delivery of health is primarily the responsibility of state governments, bulk of this fund should be transferred to the respective states to ensure effective implementation of measures to fight Covid-19.

6. Communalisation
Finally, you will appreciate that it is a matter of serious concern that attempts are being made to blame a particular community for the spread of the virus. The organisers of Tablighi were very irresponsible. This, however, cannot be the excuse to target the Muslim community as a whole. Unless stopped, this will disrupt the people’s united struggle against Covid pandemic.

You might be in the know that many congregations, religious and otherwise, took place even after the government’s orders banning such gatherings came into effect. Even parliament functioned till the eve of the countrywide lockdown being declared. A floor test was held in Madhya Pradesh, a new government was sworn in encouraging defections.

All those who attended such gatherings must be tested forthwith and isolated to contain the further spread of the pandemic.

As the custodian of the constitution, I hope that you will not allow communal polarisation to grow in these trying times when the country needs to be united in its fight against an enemy that does not distinguish on the basis of identities of religion, caste, class etc.
Please impress upon “your government” that what is needed is human empathy not criminalisation.

I beseech you to take these issues with all the seriousness that they merit and the urgency they warrant. Please do direct “your government” to immediately act on these matters, on, I repeat, a war-footing.