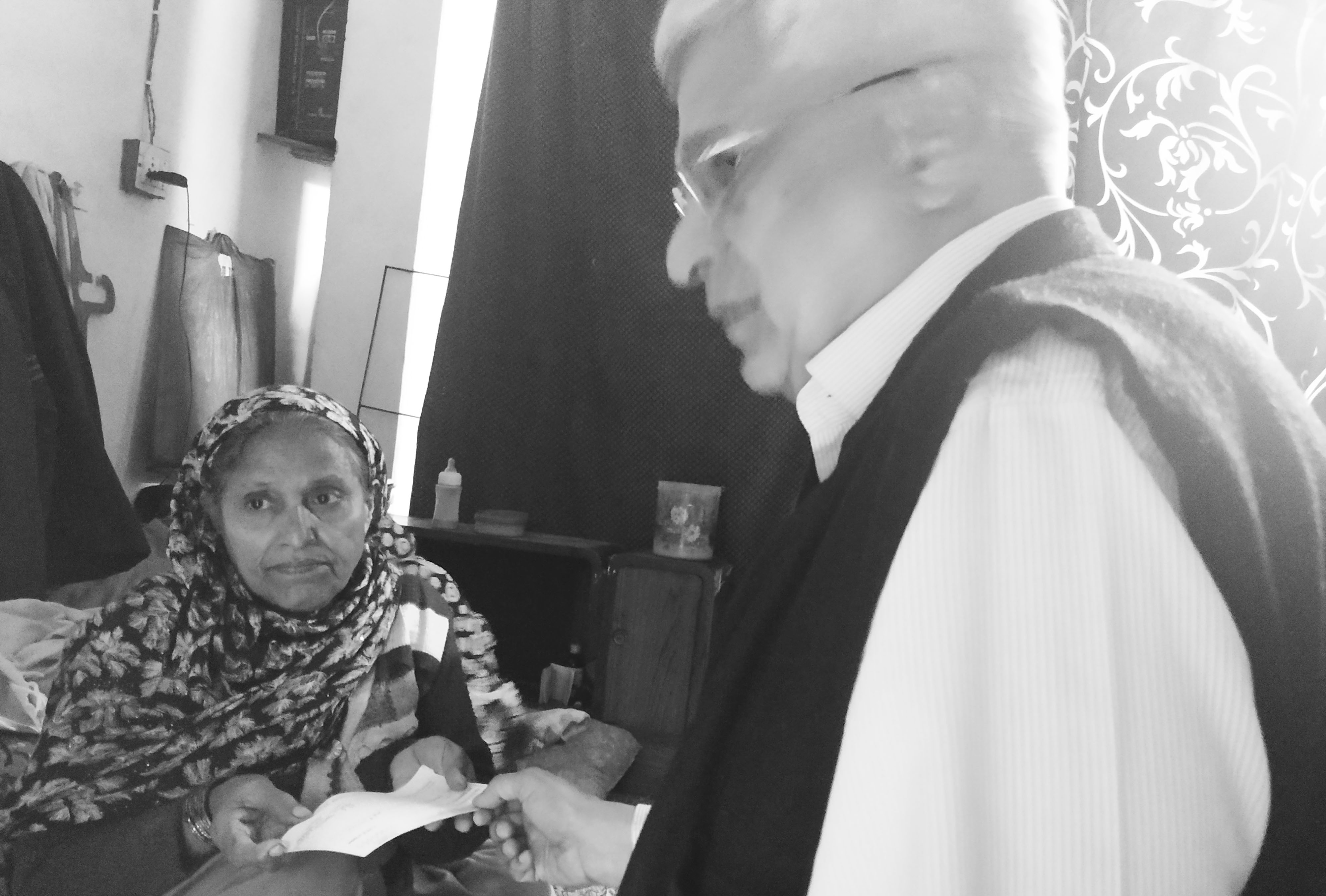 THE volunteers under the banner of the Delhi Solidarity Relief and Rehabilitation Committee have reached out to as many as 25-30,000 people through the relief work in the riot affected North-East Delhi. It has finished surveys in more than 350 households to assess the loss incurred due to riots. The preliminary analysis from the survey would hopefully provide us a correct picture of the material damage the violence has inflicted upon people. The survey was done with the help of more than 250 volunteers. The survey team has estimated the list of injured at 335 as of now covering GTB, LNJP and Al Hind Hospitals. The volunteer team aims to cover all the injured person’s families in the coming days to extend relief to them.

The distribution of empty 5 kg gas cylinders with burners buckets and mugs also covered more than 100 families. Distribution of clothes, bed sheets, blankets and sandals is also being done parallely. Distribution of kits to school going children (consisting of a school bag, pet bottle, lunch box, note-books and a pouch of writing aids) is scheduled for the coming week. Fifty wooden carts have been made and shall be given to the rehri wallahs, whose carts were burnt during the riots. It is expected that the total number of wooden carts may go up to 150. Most of these items were procured from in and around Delhi with the support of the class and mass organisations as well as individuals.

The legal team has set up a regional office at Gali No. 14, Mansingh Nagar, Old Mustafabad from March 2 and is addressing to complaints from below(from the people) since then. The AILU volunteers rose to the task in attending individual complaints and getting them registered with the police. The task was difficult as the members of the minority community still feared harassment from police while lodging complaints. The AILU intervention has instilled confidence within the community as many came out to give individual complaints on looting, arson, damages to houses and rioting. A habeas corpus petition was also filed to know the whereabouts of a missing person. The legal team also established a rehabilitation centre near the camp at Old Mustafabad. The team also went to Al Hind Hospital, Babu Nagar, Shiv Vihar, Johripur, Chand Bagh and Karawal Nagar to extend help. The legal aid for the affected is being offered at the Karkardooma court premises as well.

Teams led by CPI(M) leaders, Sitaram Yechury, Brinda Karat, Subhashini Ali, Prakash Karat, Tapan Sen and Hannan Mollah, have met about 40 families who lost their lives and another 20 families and victims who were grievously injured and gave them cheques from the Party. An amount of one lakh rupees each has been given by the Party to the families who lost their members. In the coming week, all the 53 families who lost their members will be covered with the relief amount. The Delhi Solidarity Relief and Rehabilitation Committee under the leadership of K M Tiwari is on a mission to provide relief to the affected people since February 27. The relief team is gearing up to address livelihood issues of thousands affected due to the communal violence. Many rehri owners (street vendors), small shops and rickshaw wallahs have to be rehabilitated. The renovation of the houses of the working class also will be taken up as a priority in the coming days.