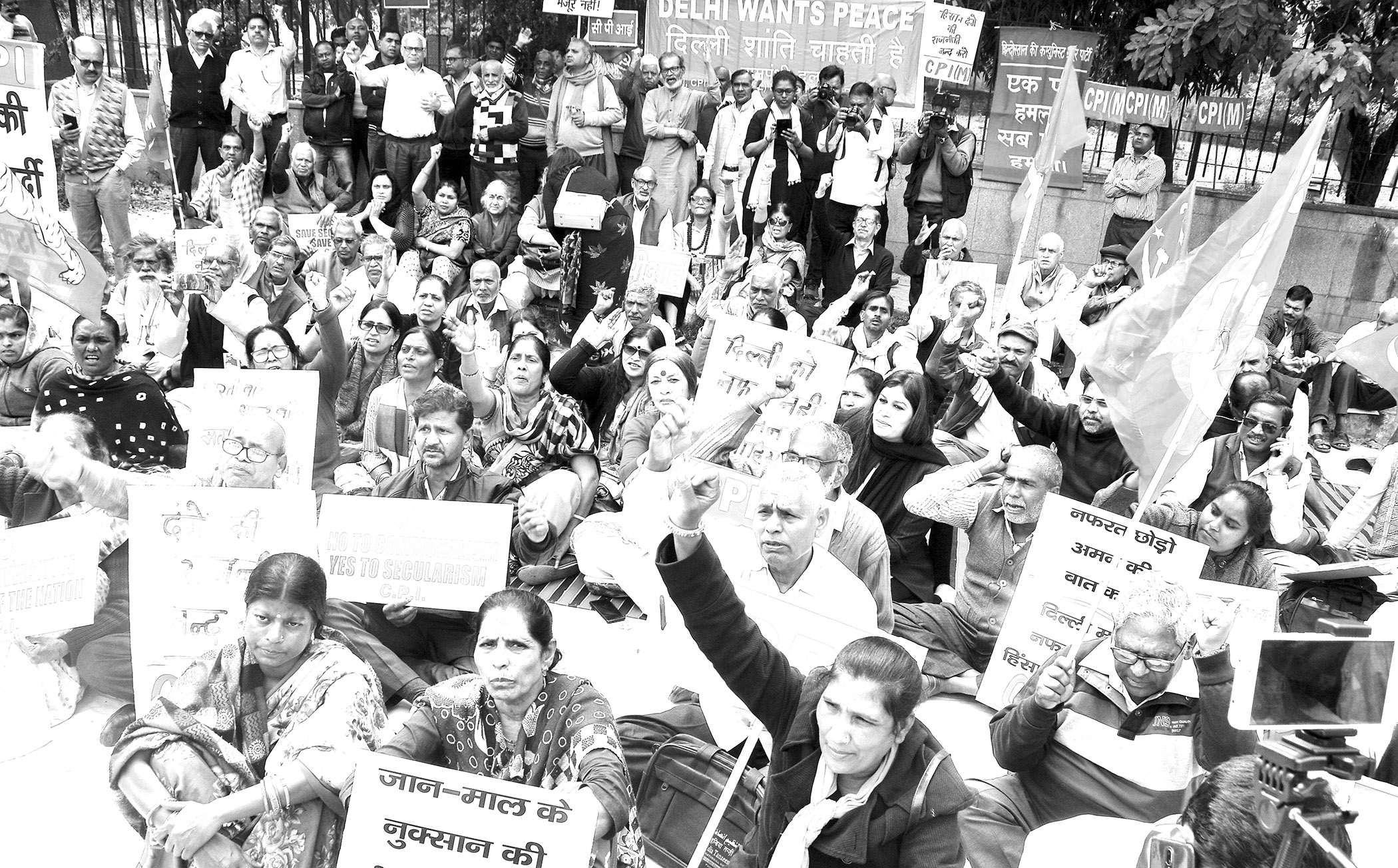 At the call of Left Parties, people assembled at Raj Ghat in Delhi on February 28, appealing for peace and harmony in the city. The meeting was addressed by CPI(M) general secretary Sitaram Yechury, Polit Bureau member Brinda Karat, CPI general secretary D Raja along with other leaders. They announced that cadres of the Left parties will do a door-to-door campaign appealing for peace and a committee will be formed in the colonies for the same.