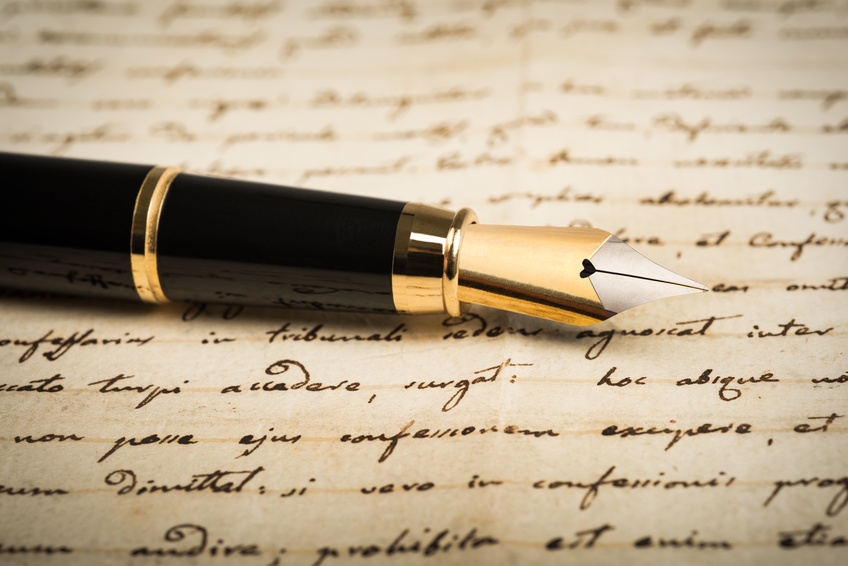 IN spite of the best of efforts, the pen is refusing to write in these excruciating times, about the excruciating times. It is very obdurate. Even now it took a lot of pleading, cajoling, convincing, threatening and at long last, only the act of hanging it up altogether, made it accede.

Of course it has its point of view, justified. It demanded only an answer to its one question. The question it put was very simple – what’s the use of all its efforts? Name and fame were never under consideration, thus not even considered as an answer to this simple question. Thinking about the possible answers complicated it, as it gave rise to further questions. The simple possible answer that was given was – CHANGE. The efforts of the pen were/are supposed to play a small role in the overall process of change. And this is what was told to it. It is then that the flood gates of the dam were opened. A flurry of questions started. Change? What is change? Where is change? When will it change? How will it change? Is it short term? Or long term? Who are the advocates? Who are the drivers? Who will lead? Who will follow? Will they lead? Will they follow? Are they ready? Ugh. And on and on and on, the questions went.

And pen, being pen, with all its pride of being mightier than the sword, it was/is not at all easy to convincingly answer. And unless it’s convinced, it is not ready to work. A huge asking!

Change. Written words contributing to change. It quoted details about many of its write-ups on inequalities. For years together this subject was written, discussed and acted. What is the change, was its first question. And of course, there was change, it had accepted after few rounds of exchanges. The number of billionaires in our country was 9 in 2000. The change is, in 2017 there were 101 of them and in 2018, there are 119 billionaires. Change indeed! Ah, a more significant change is, it would now take 941 years for a minimum wage worker in rural India to earn what the top paid executive at a leading Indian garment company earns in a year! Real change, indeed, it sneered.

Change. It mentioned the write-up on homelessness. How moving was the determination of the young child, who had vowed to build a home for her mother (PD dated July 8, 2007). Hmm! The change is, there are officially still 40 lakh homeless people in our country, an increase from their numbers in 2001. And by 2025, it might go up to 1.8 crores. A real big change! No sir, they are not just ‘do-nothingers’ who are homeless. 82.1 per cent of the homeless were day labourers, with construction workers accounting for the highest share of 23.6 per cent. So howsoever they are working, they are unable to build a roof over their head. So much for the change. And for equality, take this. 36 per cent of the Scheduled Castes, 23 per cent of the Scheduled Tribes and 21 per cent of Other Backward Classes are homeless. The walls of separation are strongly housed. Change, you are so sweet!

Nirbhaya. How horrific. Child rape. Monstrous. Appeal was to humanity. To change the attitude. To fight for changing the way things are for women. To struggle for changing the mindset and change this ‘no country for women’ into a country ‘for women and of women’. What happened? Of course there was a change. Forget about Disha. There is no dearth of names. In a premier city in the country, a homeless woman was raped in broad daylight, on a footpath of a road that is quite busy. The change is people walking on the road were taking videos of the ‘event’, instead of rushing to help the victim. The tsunami of humanity has arisen in people after Nirbhaya. Hail the change!

And of course the biggest change of all was the re-election of demonetisers, mob lynchers, dividers-in-chief, in spite of reams and reams of write-ups. Still believe in change? What change? And that too harbouring an illusion that someone, somewhere reading something will change! Ugh. Enough. With this it rested its case and refused to come out of its slumber.

Facts are facts. After all, all of us are not as talented as the prime minister to change facts and claim whatever comes out of our mouth are FACTS. So how to answer pen – the mighty, and push it back to what it does best?

Or read Shelley for it?

Which in sleep had fallen on you

Ye are many-they are few”.

Strikes many people as unfruitful

That is because they find the State

Impervious to their criticism

But what in this case is an unfruitful attitude

Is merely a feeble attitude. Give criticism arms

And States can be demolished by it”.

Wielding pen, Chilean students mobilised in protests for more than two months. They have won the right to vote in a referendum on a constitution that does not permit the implementation of neoliberal reforms. They won the support of most of the country and forced the government that wanted to suppress them using force, to concede their demand. They are still on streets.

Wielding pen and wearing yellow vests, French forced the government to withdraw the fuel tax and discuss with them on various issues. With this confidence, after one whole year, they are still on streets. Now, opposing pension reforms.

Convinced by the pen, workers in General Motors, US struck work for more than 50 days and won a wage revision agreement, a first in nearly a decade. Teachers, they who wield the pen and mould the pen are fighting in state after state in the US and forcing back some of the reforms. And remember, the progressive, young, Alexander Ocasio Cortez? Forgot to mention. Without pen, how is that 51 per cent of the young adults in the US are thinking positively about socialism, while the number of those considerate towards capitalism is consistently falling, from 66 per cent at the start of the decade to 49 per cent now? Surely the pen is working! Change is brewing!

If not for the pen, why did the BJP, which governed over 71 per cent of the country’s landmass in 2017, fall down to only 35 per cent now? Ha, there is some slight movement. Change that is.

What we are seeing is change. Cubs growing into young adults. Young adults, pushing out the adults into advisory councils and if needed, to rest. The claim is for Change. Not for a college, or university seat, or a job here or there. The claim is for INDIA. India, that WE had proclaimed as an ‘independent, democratic, secular, socialist, sovereign, republic’. The claimants for such a change cannot be identified by their clothes, food or makeup. They are distinguished by the language they speak – the language of change. It is heard the same in Assamese, Bengali, Dogri, Gujarati, Hindi, Kannada, Malayalam, Marathi, Odiya, Tamil, Telugu or whatsoever the spoken language may be. It is this synchrony of voices, what’s called, ‘mile sur mera tumhara’ that is now calling for change.

Acknowledging the changing reality, finally the pen ceded. But only after extracting a promise. ‘Don’t stop till you change enough’, that is the promise it wanted. It is ready to expend all its ink for the purpose. The question posed was – Are you ready to sweat enough? Is your blood red enough? Is your mind strong enough?

“Forward, without forgetting
Where our strength can be seen now to be!
When starving or when eating
Forward, not forgetting
Our solidarity!

Black or white or brown or yellow
Leave your old disputes behind.
Once start talking with your fellow
Men, you'll soon be of one mind.

If we want to make this certain
We'll need you and your support.
It's yourselves you'll be deserting
if you rat your own sort.

All the gang of those who rule us
Hope our quarrels never stop
Helping them to split and fool us
So they can remain on top.

Workers of the world, uniting
Thats the way to lose your chains.
Mighty regiments now are fighting
That no tyranny remains!

Forward, without forgetting
Till the concrete question is hurled
When starving or when eating:
Whose tomorrow is tomorrow?
And whose world is the world?