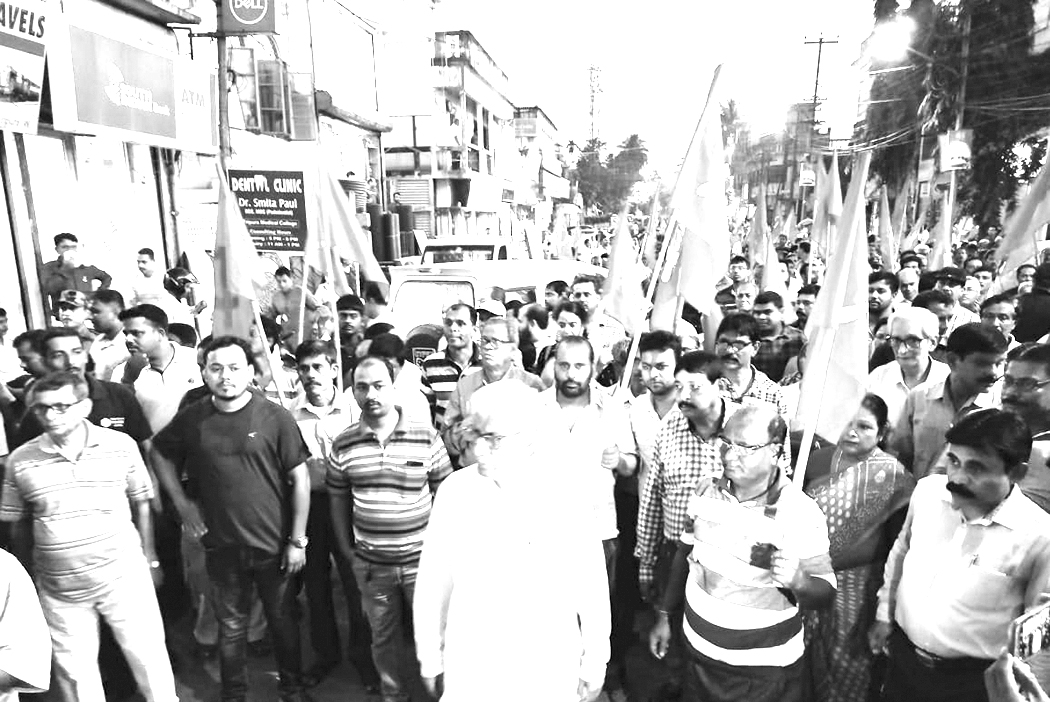 A NATIONAL Convention of Oil & Petroleum workers organised by the trade unions of Oil and Natural Gas Corporation (ONGC), Indian Oil Corporation (IOC), Oil India Limited (OIL), Bharat Petroleum Corporation Limited (BPCL) and Hindustan Petroleum Corporation Limited (HPCL) was held in Mumbai on October 26. Around 350 union workers from these oil public sector undertakings (PSUs), from all over the country, participated in the convention and resolved to protest against the move to privatise oil PSUs in the country. They called for an all India strike on November 28.

The convention condemned the Narendra Modi-led government for its suicidal move to privatise even the strategic PSUs and government departments, including defense production, public sector banks, insurance, railways, public road transport, ports, etc and many excellently run PSUs including in the sectors of coal, power, steel, oil & petroleum, heavy engineering, and container services.

INTUC, AITUC and the United Federation of CITU affiliated and other independent unions were represented by their principal national office bearers. The national leaders of INTUC, AITUC, CITU and Sena Kamgar Federation addressed the convention and declared their support to the strike against privatisation.

Swadesh Dev Roye of CITU placed the declaration of the convention. The declaration noted that in the past, to justify divestment of equity of PSUs, the governments and private business lobbies used to resort to vilification campaign over the so-called poor performance of the PSUs concerned.  But the decision of the present government to completely privatise the excellently-run Bharat Petroleum Corporation Limited (BPCL) and Hindustan Petroleum Corporation Limited (HPCL) has clearly established that the central government is totally under the clutches of a few crony private business giants and their foreign collaborators. Because, given the all-round physical and financial efficiency of BPCL and HPCL, it is unjustified to attach the ‘poor performance’ tag on these companies.

Members of various unions expressed deep resentment to the disastrous move to privatise BPCL and HPCL. The convention declared that in view of the strategic importance of oil PSUs, excellent physical and financial performance during the decades of their operation and the huge physical assets created by both the oil PSUs, handing over these national assets to private oil giants both domestic and foreign would be a clear act of betrayal of the nation and the people by the government. And the consequence of the execution of the decision shall affect the lives of the people, the economy and national security of the country.

The convention adopted the following ‘action programmes’ including observance of all India protest week from November 11 to 17, followed by day long dharna on November 26 and a final one day all India strike on November 28. The action plan includes meeting with people’s representatives to seek their support. The convention appealed the workers of BPCL and HPCL to come forward irrespective of affiliation and take part in the programmes. The convention also appealed the other Oil & Petroleum PSU workers to extend active solidarity.

The convention further appealed the ten Central Trade Unions and National Federations and Confederations’ Joint Platform to extend support to the instant anti-privatisation struggle of Oil & Petroleum workers and respond to invitation to participate in the next national convention to be held in New Delhi on November 20, 2019.