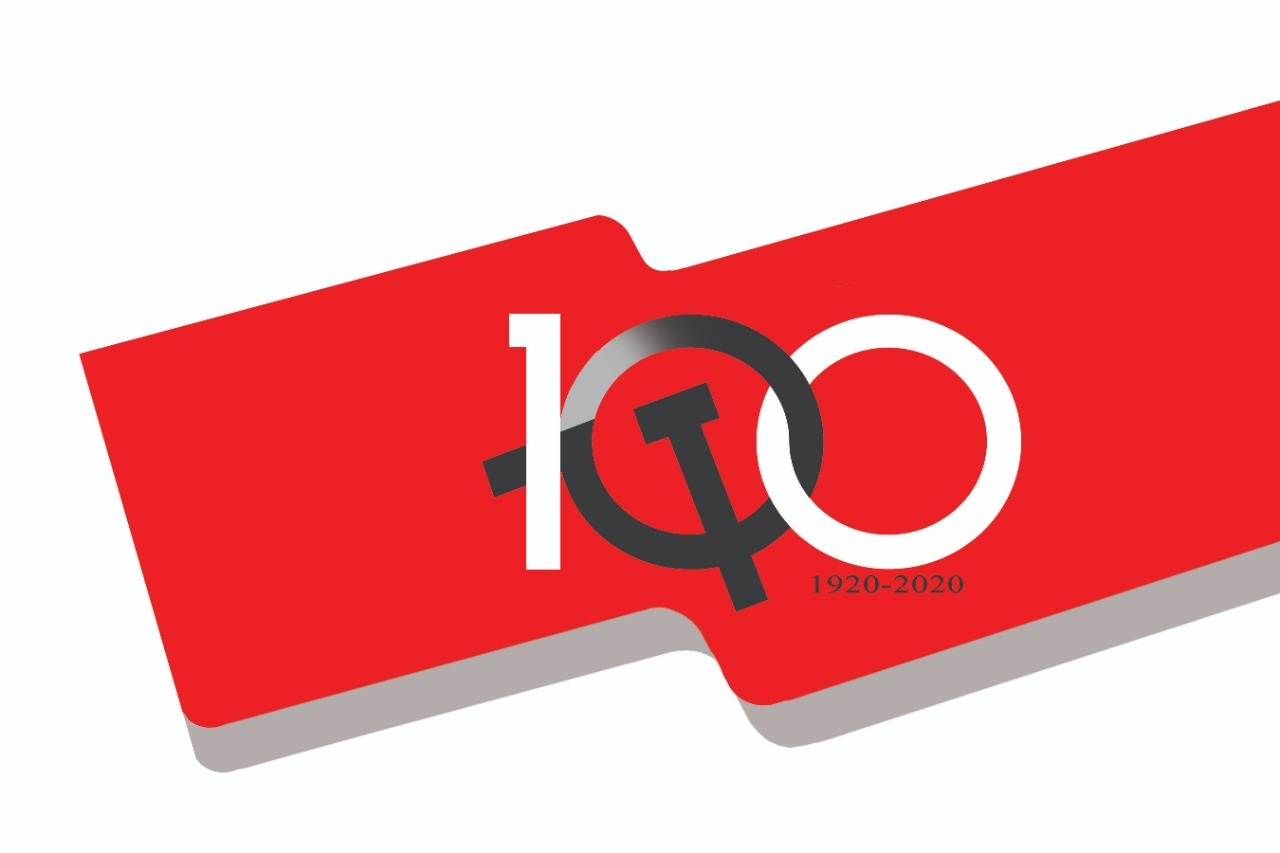 Formation of CPI in Tashkent

ON October 17, 1920 a meeting was held in Tashkent, the capital of the then Turkistan Republic of the Soviet Union to announce the formation of the Communist Party of India.

The meeting was attended by M N Roy, Evelyn Trent-Roy, Abani Mukherjee, Rosa Fitingov, Mohd Ali, Mohd Shafiq and MPBT Acharya. Mohd Shafiq was elected the secretary of the Party. The inaugural meeting also adopted the principles proclaimed by the Comintern and decided to work out the programme of the CPI ‘suited to the conditions of India’.

M N Roy had attended the Second Congress of the Communist International held in Moscow in 1920, as a delegate of the Mexican Communist Party. Abani Mukherjee and Acharya had also attended the Congress in an advisory capacity. Mohd Shafiq was an observer.

Evelyn was an American communist and wife of M N Roy while Rosa Fitingov was a Russian communist married to Abani Mukherjee.

The Indians in the group were young men who, fired with patriotic zeal, had left India to find ways to organise a revolutionary movement or armed struggle to overthrow British rule in India. M N Roy, Abani Mukherjee and MPBT Acharya fall in this category. Mohd Shafiq and Mohd Ali were Muhajirs who went over to Taskhent with the aim of seeking help to fight the British. The travels and adventures of these intrepid revolutionaries have to be told at another time.

Thus, behind the formation of the Communist Party of India at Tashkent, lies the intertwined currents of the world proletarian revolution and the Indian national liberation struggle.

The October revolution in Russia in 1917 had a momentous world-wide impact. Before the news about the nature of the revolution reached India, a British colony, it was emigre Indian revolutionaries living abroad who got attracted to the epochal socialist revolution.

There was a group of revolutionaries in Berlin who decided to make contact with the Bolsheviks in Moscow. Among them were Virendranath Chattopadhyaya, the leader of the group, Bhupendranath Dutt, Mohd Barkathullah, Nalini Gupta and others.

In the United States, the leaders of the Gadhar Party, which was formed to fight the British and whose attempted revolt was crushed after the Komagata Maru episode, sought to make contact with the Russian revolutionaries.

From India, during the non-cooperation-Khilafat movement in 1920-21, a large number of Khilafat activists who wanted to continue to fight against British rule, went to Afghanistan. From there many of them made their way to Tashkent. The Muhajirs were welcomed by the Soviet authorities who were prepared to help them in their fight against British rule. After coming into contact with the Communist Party and Bolshevik revolutionaries, some of the Muhajirs embraced communism and over 25 of them were sent to the Communist University of the Toilers of the East in Moscow when it was started in 1921.

M N Roy was elected as a member of the Executive Committee of the Communist International (ECCI). He was deputed to the Central Asiatic Bureau at Tashkent. It is in this capacity that he began contacting and working among the Muhajirs, many of whom were eager that the Communist Party be formed to carry on the fight against British rule in India.

Communist parties around the world were formed initially by small groups of revolutionaries. In China, the Communist Party was formed after a meeting in Shanghai in 1921 which was attended by 13 delegates. The Indochina Communist Party (later on which became Vietnam, Cambodia and Laos) was begun by emigres who had embraced Marxism while living in France, the colonial power which had colonised Indochina.

The records of the Communist group in Tashkent show that it held two more meetings. The minutes of the meeting held on December 15, 1920 reveal that three persons were inducted into the Party as candidate members. Abdul Aader Sehrai, Masood Ali Shah Kazi and Akbar Shah (Salim). A candidate member was to complete a probation period of three months for full membership of the Party.

At that time in Tashkent, there was an Indian Revolutionary Committee which mainly consisted of Muhajirs and emigre revolutionaries. It was from these ranks that persons were enrolled to go to Moscow to attend the Communist University of the Toilers of the East.

It is interesting to note that the Berlin group of revolutionaries led by Virendranath Chattopadhyaya finally reached Moscow in 1921 to meet the Comintern leadership. They were of the view that first India should get rid of British rule and thereafter form the Communist Party. They wanted the Comintern’s assistance for the national liberation struggle. They did not want M N Roy and his group to be recognised as the Indian Communist Party. A commission of the Comintern after hearing all the views decided to recognise the Party formed in Tashkent as the Indian Communist group.

The Communist Party orginating in Tashkent could not finalise a programme which was essential for it to get affiliated as a Party to the CI, but this group and in particular M N Roy played an important role in disseminating Communist views reaching out to the fledging communist groups being formed in different centres in India.

M N Roy and Abani Mukherjee addressed an open letter to the Ahmedabad AICC session of the Indian National Congress in 1921.

The manifesto exhorted the Congress to “make the minimum demands of the trade unions its own demands; let it make the programme of the kisan sabhas (peasant unions) it own programme; and the time will soon come when the Congress will not be stopped by any obstacle; it will be backed by the irresistible strength of the entire population, consciously fighting for their material interests”.

From the beginning of the formation of the Party, the CPI raised the slogan of complete independence, before any other political party or group in India. It is noteworthy that at the same time when M N Roy and Abani Mukherjee sent their manifesto to the Ahmedabad Congress, in the Congress itself Hasrat Mohani moved a resolution to define swaraj as complete independence from foreign rule. Hasrat Mohani was influenced by communism and became a member of the Party. Gandhi opposed the resolution dubbing it as impractical.

M N Roy, with the help of the Comintern, sought to contact leaders of the various communist groups springing up in India. He wrote letters to S A Dange (Bombay), Muzaffar Ahmed (Calcutta), Singaravelu Chettiar (Madras) and others giving advice on how to form the party and organise activities.

In the period 1922 to 1923, the publication of the Vanguard of Indian Independence by Roy, the first declared organ of the Communist Party of India from Berlin helped to spread communist propaganda and ideas in India. The British government understood the threat posed by such propaganda and prohibited the entry of Vanguard into India.

1920 was also significant as the year in which the All India Trade Union Congress was founded. Though it began with a reformist orientation, within a few years with Communist participation, the trade union centre emerged as the militant forum of the working class.

The formation of the CPI in 1920 in Tashkent, therefore must be seen as the first step in the building of the Communist Party in India.

It adopted a resolution establishing the condition of three months’ probation period (as candidate member) for those persons who wished to join the Party.

Comrade Shafiq is elected as secretary.

The Indian Communist Party adopts principles proclaimed by the Third International and undertakes to work out a programme suited to the conditions in India.