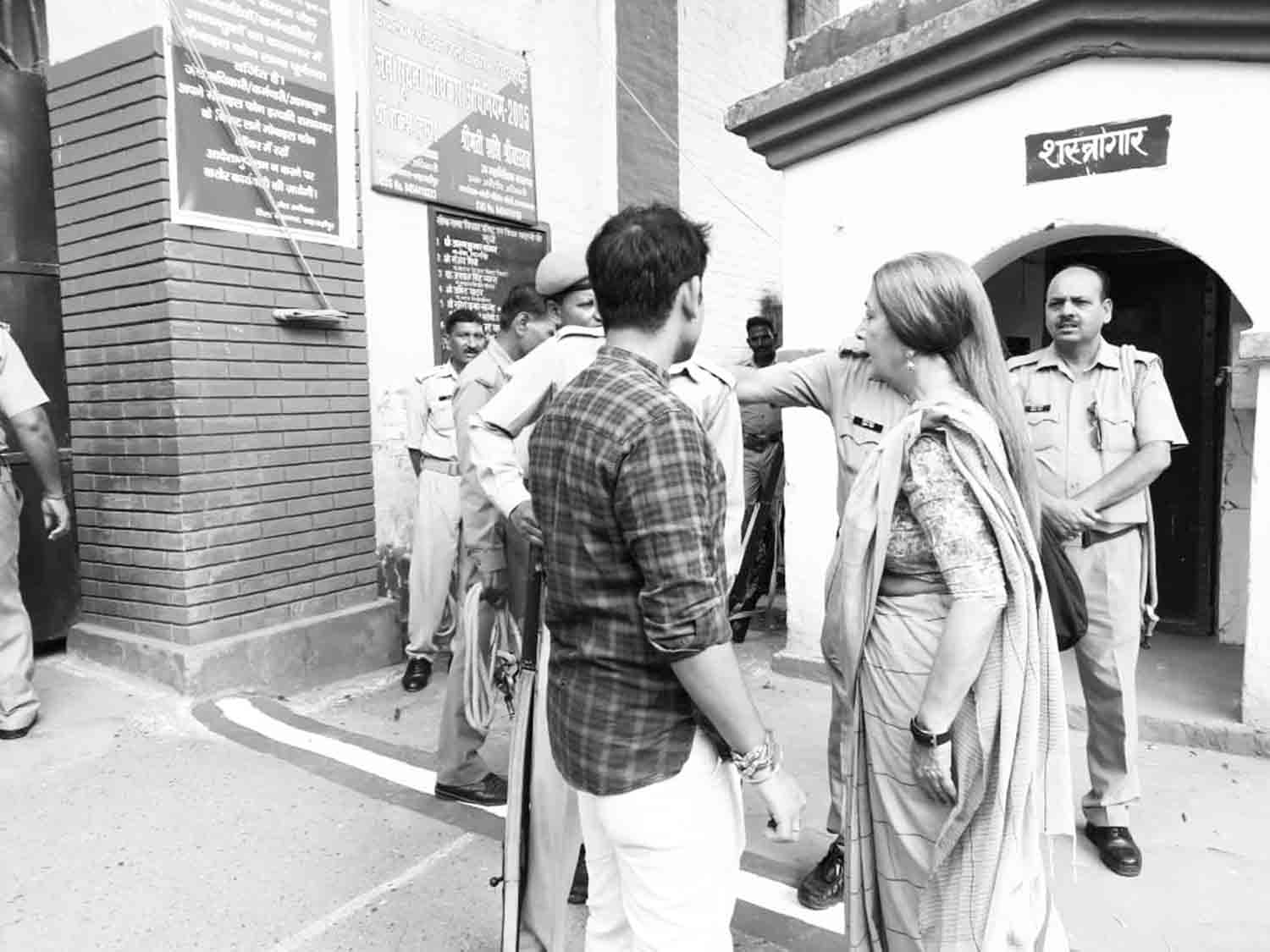 Brinda Karat accompanied the family of the rape survivor to the Shahjahanpur district jail and met her. In a terrible act of inhumanity, she was arrested on September 25 on charges of extortion etc., brought against her by rape accused, a former BJP central minister, Chinmayanand.

The victim is an LLM student and part time employee of a law university run by the accused. She was last seen by her family on August 16, after which they could not communicate with her. On August 25 she had posted a facebook post accusing a ‘sanyasi’ of rape and harassment and had appealed to Modi and Yogi for help.

The father of the girl went to the police station but his FIR was not registered. Later in the evening he was called by the Shahjahanpur district magistrate(DM) and the senior superintendent of police. The DM advised him not to name Chinmayanand and threatened him but he insisted on naming him and finally his FIR was registered.

Simultaneously Chinmayanand’s lawyer filed an FIR in the same police station accusing some unnamed persons of blackmail and threatened extortion.

In the meantime some women lawyers approached the supreme court praying for intervention and to ensure the safety of the student.

The SC ordered the UP government to produce the girl in court. She had been recovered by the UP police and was being taken to the state, but was brought to Delhi instead. Her statement accusing Chinmayanand of rape was recorded by the Delhi police on September 7. The SC ordered the UP government to set up an SIT to enquire into both the cases and said that the state high court would monitor it.

The SIT began its investigation but even after a few days passed by no breakthrough was seen. One of the important evidences, a taperecored, which the victim described to have been hidden in a pair of reading glasses in her hostel room was searched by the SIT. However, after the SIT visited the hostel room the aforesaid important had been removed/destroyed. Despite that the SIT did not file a case under section 201 of the IPC against the accused and the college administration.

Pressure started mounting on the SIT and the state government from various quarters and even the victim declared that in case the accused is not arrested she will end up her life. On September 19 Chinmayanand was arrested by the SIT and sent to the district jail. He was examined by doctors known to him and pronounced fit, but two days later he was shifted to the Sanjay Gandhi Post Graduate Institute of Medical Sciences, Lucknow.

The SIT filed its report to the HC stating that it had found the accused to be guilty under Sec 376 A which is a section much weaker than 376.

The SIT also made known its intention to proceed against the student and some young men in the case registered by Chinmayanand’s lawyer. Two people were arrested and the student moved for anticipatory bail in the HC and was told to approach the district court which she did on the 24th. The court admitted her application and fixed the 26th for disposal.

However, on the September 25 morning the SIT entered her house with local police who behaved in a humiliating and abusive manner. The young woman was practically dragged out and taken to the court and sent to jail.

Brinda visited her in jail and was full of praise for her courage. It is a fact, however, that everything is being done to demoralise her.

The AIDWA delegation met with the student’s lawyers who are working tirelessly. Most of the people in the court and in the city seemed very supportive and welcomed the AIDWA intervention.

The delegation also met with SIT and gave them a memorandum. They listened to the delegation, and, while they said that they had an open mind, it is also true that they see both the rape accused and the survivor as guilty of criminal acts. This is completely unacceptable and does not hold merit.

The delegation later spent time with the parents and brother of the student and assured them of AIDWA’s unstinting cooperation.