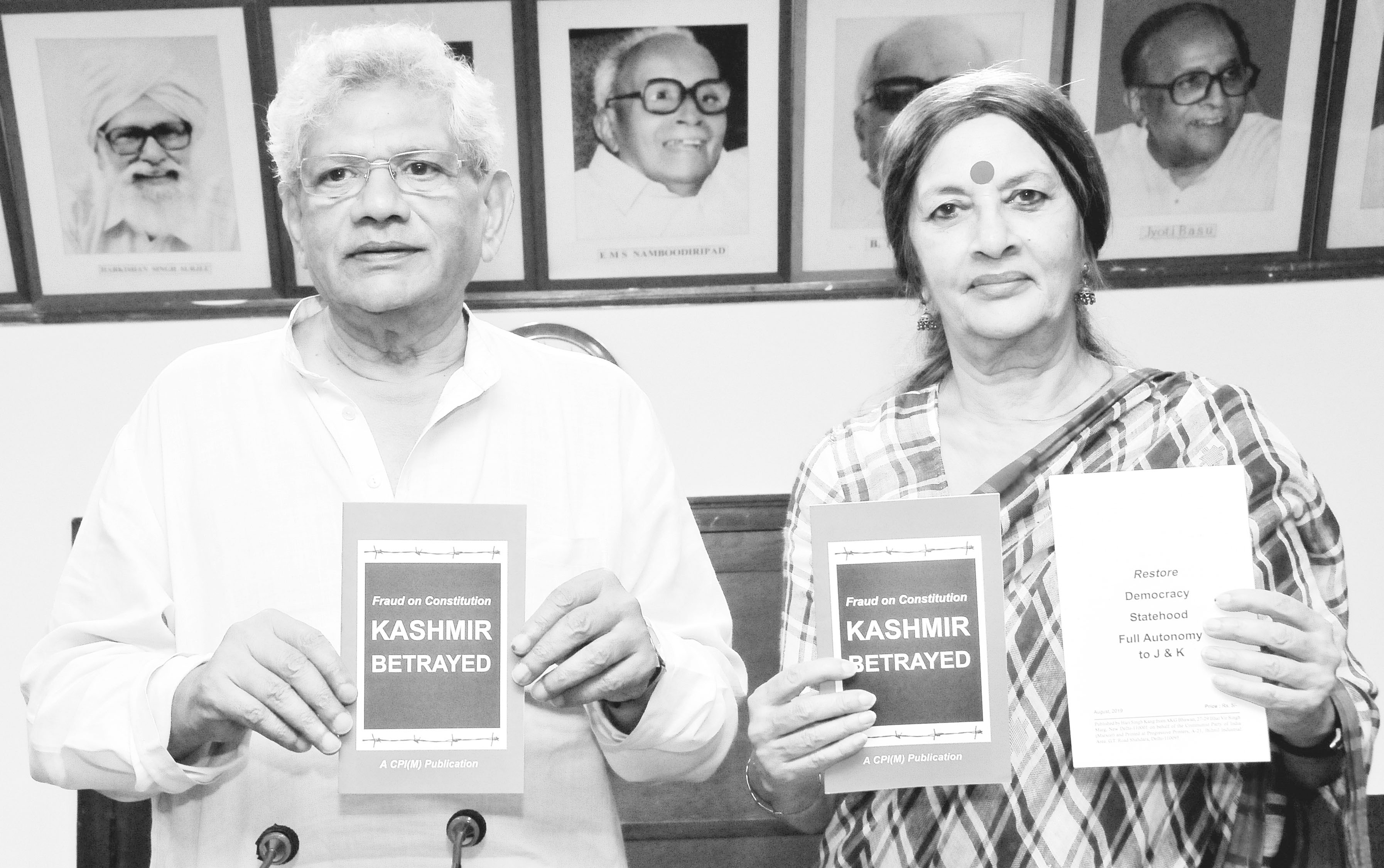 CPI (M) general secretary Sitaram Yechury and Polit Bureau member Brinda Karat released a booklet prepared by the Party on Kashmir, titled ‘Fraud on Constitution: Kashmir Betrayed’. The booklet was released at a press conference held on August 22. It traces the history of Jammu and Kashmir and its accession to Indian Union. The booklet dispels the misinformation campaign and obfuscation of facts by the government on Jammu and Kashmir.