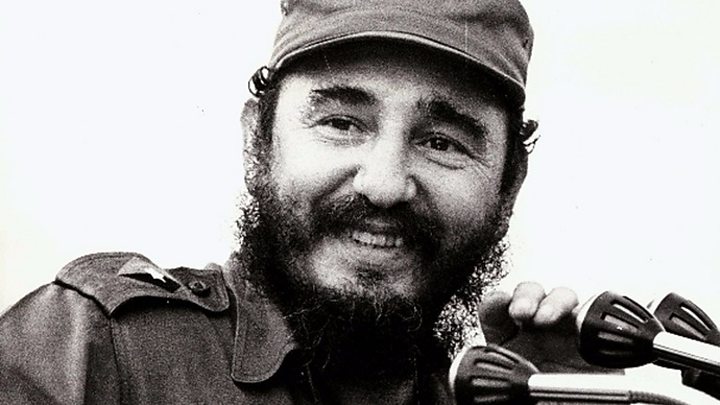 Fidel, the most visionary Cuban of the 20th century

On the occasion of the anniversary of Fidel’s birth (August 13), excerpts from a speech by First Secretary of Communist Party of Cuba Raúl Castro Ruz, December 3, 2016

At that time few in the world would have bet on our ability to resist and overcome in the face of adversity and the intensification of the enemy blockade. Our people, however, under the leadership of Fidel, provided an unforgettable lesson in resolve and loyalty to the principles of the Revolution.

Recalling these difficult moments, I think it right and fitting to return to what I said about Fidel on July 26, 1994, one of the most difficult years, on the Isle of Youth, over 22 years ago, I quote: “The most illustrious son of Cuba this century, he who showed us that the attempt to capture the Moncada Garrison was possible; that we were able to turn that loss into a victory,” which we achieved five years, five months.and five days later, on that glorious January 1 of 1959 - this last comment added to the words I spoke on that occasion.

“The man that showed us that yes, it was possible to defeat in 72 hours,” or even less, “the mercenary invasion of Playa Girón and at the same time, continue the campaign to eradicate illiteracy in one year,” as was happened in 1961.

“That yes, it was possible to proclaim the socialist character of the Revolution 90 miles from the empire, and when its warships advanced toward Cuba, following the brigade of mercenary troops; that yes, it was possible to resolutely uphold the inalienable principles of our sovereignty, without fear of the threat of nuclear aggression by the United States in those days of the October 1962 missile crisis.

“That yes, it was possible to offer solidarity assistance to other sister peoples struggling against colonial oppression, external aggression and racism.

“That yes, it was possible to defeat the racist South Africans, saving Angola’s territorial integrity, forcing Namibia’s independence and delivering a harsh blow to the apartheid regime.

“That yes, it was possible to turn Cuba into a medical power, reduce infant mortality first, to the lowest rate in the Third World, then as compared with other rich countries; because at least on this continent our rate of infant mortality of children under one year of age is lower than Canada’s and United States (Applause), and at the same time, significantly increase the life expectancy of our population.

“That yes, it was possible to transform Cuba into a great scientific hub, advance in the modern and decisive felids of genetic engineering and biotechnology; insert ourselves within the fortress of international pharmaceuticals; develop tourism, despite the U.S. blockade; build causeways in the sea to make Cuba increasingly more attractive, obtaining greater monetary income from our natural beauty.

“That yes, it is possible to resist, survive, and develop without renouncing our principles or the achievements won by socialism in a unipolar world dominated by the transnationals which emerged after the fall of the socialist camp in Europe and the disintegration of the Soviet Union.

“Fidel’s enduring lesson is that yes it is possible, that humans are able to overcome the harshest conditions as long as their willingness to triumph does not falter, if they accurately assess every situation, and do not renounce their just and noble principles.”