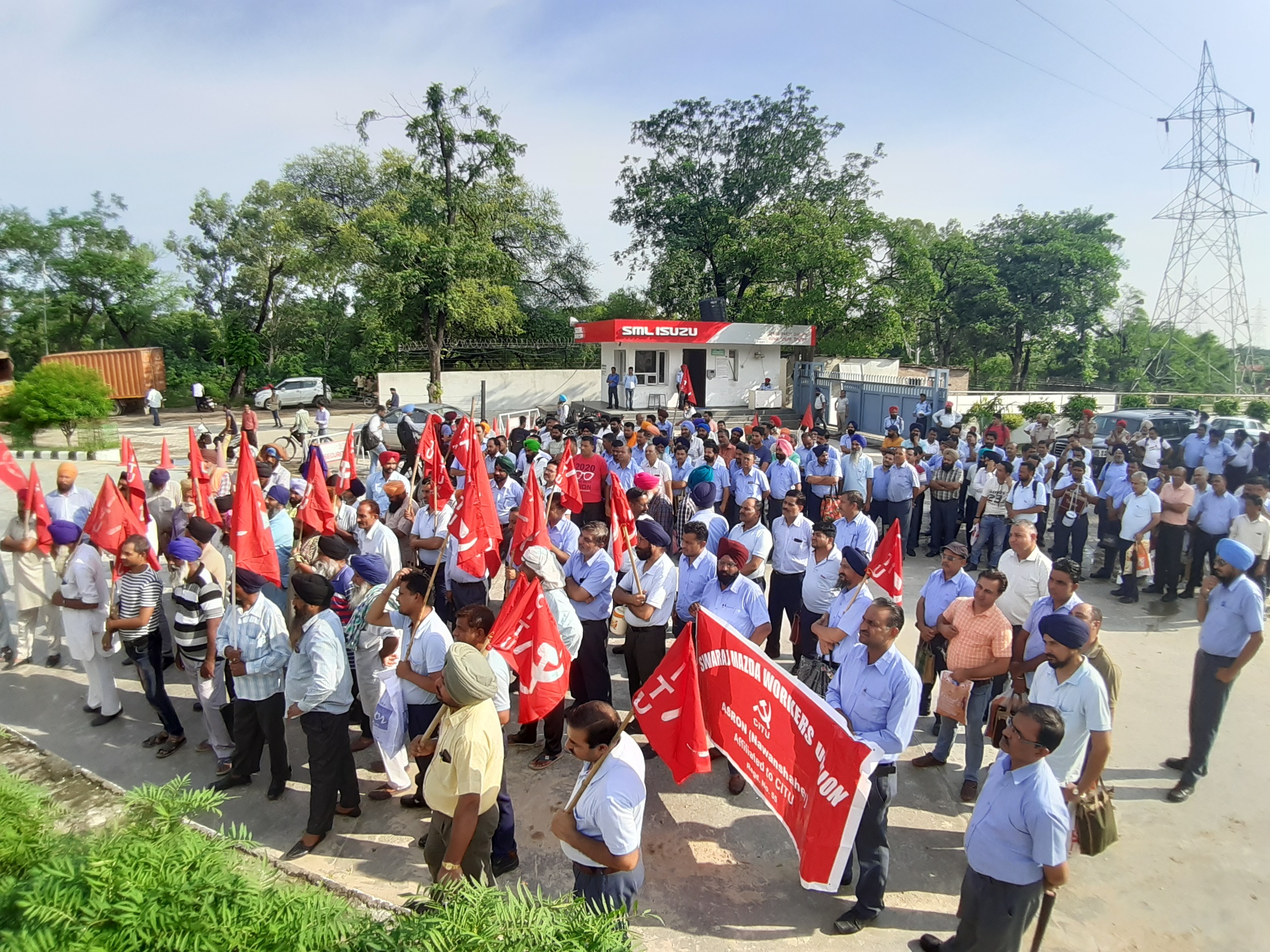 WORKING class across the country held protest demonstrations on August 2, 2019 at the call of the joint trade union platform demanding reversal of the anti- worker ‘reforms’ of the labour laws.

It is to be recalled that soon after coming to power in the recent parliament elections, the BJP government declared its intention to hasten the so-called ‘reforms’ process. Disinvestment, labour law amendments and land acquisition to form land banks were its priorities.

Within a few weeks, the government introduced the Code on Wages Bill and the Occupational Safety, Health and Working Conditions Code Bill in parliament. Both the Bills totally ignored the concerns expressed by the trade unions. Contrary to the claims of the BJP government, these Code Bills are meant, not to extend new benefits to the working class or expand the coverage, but to exclude large sections of workers from the benefits under the existing laws.

The resentment of the workers – large numbers of who have only a couple of months back voted for the BJP, being influenced by its rhetoric of ‘nationalism’ – was evident from their massive participation all over the country.

Though the call was given with a very short notice, workers in almost all the states and industrial centres responded by participating in angry demonstrations. Dharnas, rallies and marches were held even in districts and places where the trade union movement was weak and where only one or two unions existed in the entire district.

Though photos were sent to the CITU centre from many states soon after the programme was held, detailed reports are still awaited, as many of the leaders had to start almost immediately to reach Hassan in Karnataka to attend the CITU general council meeting.

As per the information received -

In Gujarat, demonstrations were held in Ahmadabad, Rajkot and Bhavnagar. In Bhavnagar, hundreds of municipal workers, port workers and insurance and bank employees held a huge rally and human chain despite heavy rain. In Rajkot, demonstration was held despite the denial of permission by the police. 272 workers were arrested by the police. In addition to CITU, HMS also participated.

In Tripura, around 500 workers marched in the streets of Agartala, despite the denial of police permission and the obstacles created by the administration.

Demonstrations marching to the central government offices were held in all the district headquarters in Kerala.

In West Bengal, demonstrations were held in the district headquarters, industrial centres and several other places.

In Tamil Nadu, demonstrations were held in 33 out of the total 36 districts in the state. CITU conducted state level meetings for the success of the programme on July 28. Around 8200 workers participated in the programme across the state, out of which over 4000 were from CITU. CITU committees printed 50,000 leaflets. Despite the denial of permission by the police, workers held demonstrations. In South Chennai, around 1500 workers participated in the demonstrations. The participation in Madurai, Virudhnagar, Trichy etc was also massive.

In Rajasthan, demonstrations were held in 15 districts. In Sriganganagar, Sikar, Hanumangarh, the mobilisation of workers was between 700 and 1000 in each place. In many others, it was around 200.

The central trade unions held a joint demonstration in Delhi in which hundreds of workers participated.

In most of the places, women participated in large numbers.