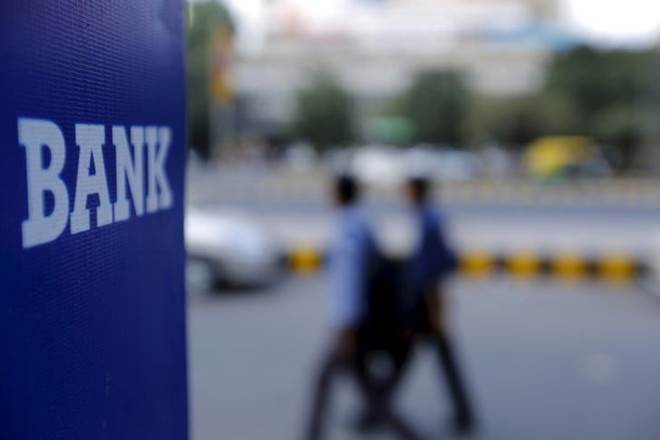 BANK nationalisation is going to complete its fifty years glorious journey playing an unprecedented pivotal role in the all-round development of our country’s economy. Public Sector Banks (PSBs) of our country, as on March 31, 2019, hold a sum of Rs 84.86 lakh crores as deposits. 85 per cent of this amount is from small deposits by common people of our country, who keep their savings in bank accounts, mainly in PSBs to meet their future family requirements. They do not go to the stock market for earning some speculating gains. Only 1-2 per cent of the depositors of our country have the habit of utilising their savings in the stock market.

Over the years, PSBs have earned the confidence of depositors as there has not been any incident of bank failure after the first phase of nationalisation of banks on July 19, 1969. PSBs give guarantee to depositors’ money. During the period 1935 to 1947, as many as 900 private banks of our country failed and this was followed by failure of 665 private banks since independence till the date of bank nationalisation in 1969. In all these incidents, the worst sufferers were the common depositors who lost their entire savings, this apart, the entire workforce in all the banks lost their jobs.

Bank nationalisation brought qualitative change in the banking scenario of our country. After nationalisation of major banks in 1969 and in 1980, the private banks, which came under stress and were not in a position to continue for different factors, were taken over by one or the other public sector bank; thereby depositors’ money remained fully protected and none of the employees who were working in those private banks lost their jobs.

With the advent of new economic policies, successive governments at the centre have taken the course of financial sector liberalisation, inter alia, by way of divesting government holdings in public sector banks.  As on March 2017 from the level of 100 per cent, the average government holding in 21 public sector banks has come down to 71.29 per cent. After merger of the associate banks with State Bank of India and amalgamation of Dena Bank and Vijaya Bank with Bank of Baroda, number of commercial banks under public sector has come down  to 18.

The present government at the centre is desperately moving to dismantle the public sector banks by allowing open loot of the same by the corporate willful defaulters on the one hand and adopting one after another anti-people measure to drive out the common depositors from the purview of the banking services, on the other.

Unholy nexus of a section of top executives of banks, private banks no exception, with corporate business houses and corrupt politicians have landed the banking industry under stress with accumulation of huge unpaid loans euphemistically called Non Performing Assets (NPAs). The official figure of NPA of PSBs as on March 31 this year is Rs 8,06,412 crore. Amount written off in the year is Rs 1,97,000 crore. To clean the balance sheets of PSBs, Modi government has devised a mechanism in the name ‘Hair Cut’ under Insolvency and Bankruptcy Code (IBC 2016) through National Company Law Tribunal (NCLT) to sell the bad loan accounts to third party bidders. This is how public money is being swindled by the Modi government to feed the corporate willful defaulters while at the same time the government is reluctant to declare a farm loan waiver scheme.

Measures have been taken to slash down the rate of interest of deposits, impose penal charges and GST for not maintaining minimum balance criteria. The highest rate of interest paid by PSBs on term deposit during April 2014 ie, immediately before Narendra  Modi became the prime minister was nine per cent and over the last four years the same has been brought down to six per cent. The plight of the families who survive on interest income can very well be understood.

Notwithstanding the fact that PSBs have played commendable role in the matter of financial inclusion, fact remains that even after 70 years of independence, as per 2011 census, out of 247 million households in India, only 147 million households enjoyed banking facility ie, around 41.5 per cent of Indian households were not covered by the facility of banking services. Even though 31.80 crore (upto June 13, 2018) Jan Dhan Yojana accounts have been opened since August 2014, there has not been any change of the situation as most of these accounts do not have cash. Out of 6.5 lakh villages of our country, only in 17 per cent of our villages there exists a branch either of a commercial bank or of a regional rural bank. After a gap of six years, country’s largest bank, State Bank of India, in April 2017 reintroduced charges for not maintaining monthly average minimum balance in bank accounts. Irony of the thing is that SBI earned an income Rs 1771 crore which was nearly half of the net profit of Rs 3,586 crore it earned during April to September 2017. This generated severe public criticism and resultantly the bank had to make some changes in rates with effect from April 1 this year.

Charging depositors for not maintaining average monthly minimum balance has come to stay in all PSBs and the game plan of Modi regime is to drive out the common people from the ambit of the banking services and make the industry to serve only the elites.

As per revised guidelines, loan sanctioned to food and agro processing company up to a limit of Rs 100 crores per borrower will also be treated as agricultural credit. With this change, a big chunk of agricultural credit is diverted for the benefit of the corporates and eligible kisans are denied bank credit which ultimately drives them to money lenders. The earlier provision of distinction between direct and indirect credit to agriculture has been dispensed with. All these are having ramifications in the delivery channel of loans to marginal farmers which is causing more distress for the lives and livelihood of the poor farmers.

On August 14, 2015, Modi government published a document titled ‘Indradhanush’ detailing the road map for public sector banks. The document contains seven recommendations. One such recommendation was to make more provisioning against NPAs in the balance sheets of PSBs. Based on this recommendation, due to high rate of provisioning, public sector banks all taken together have been incurring net losses since 2015-16, even after earning huge operating profits. As on March 31, 2018, PSBs have incurred a net loss of Rs 89,369 crore even though PSBs earned an operating profit of Rs 1,55,586 crore. This is due to high rate of provisioning against NPAs. The bank employees’ movement under the banner of United Forum of Bank Unions have raised the demand that the willful defaulters should be treated as criminal offenders and the government should initiate criminal proceedings against these offenders but the Modi government prescribes in this ‘Indradhanush’ document that instead of calling them ‘willful defaulters’ they should be termed as ‘non cooperative borrowers’. It is because of this soft attitude of Modi government towards them that people like Vijay Mallya and Nirav Modi could safely leave the country and comfortably stay abroad.

This act of Modi created widespread disorder in the day-to-day activities of common men. As per a report published by the Center for Monitoring Indian Economy (CMIE), during the first year since announcement of demonetization, 19 lakh people lost their jobs. This was mainly in the small and medium manufacturing units. Added to this was the huge job loss in the informal sectors.

Demonetisation killed more than 100 innocent citizens in the country while standing in long queues for hours together before bank counters for exchanging banned notes. In addition, 11 bank employees died during the early months after demonetization, being unable to sustain the pressure of overwork. The loss of lives of common men and bank employees numbering more than 100 is on record but then central cabinet led by Modi was so brutal that it issued a press communiqué stating that there was no loss of lives due to demonetisation.

FRDI Bill if enacted, a Resolution Corporation (RC) will be formed with 11 directors, all nominated, directly or indirectly, by the Government of India (GOI). All banks, insurance companies and other financial institutions will come within the jurisdiction of the corporation. The RC will have the sole authority to decide whether any Financial Institution (FI) is facing any crisis of existence; and if, in the opinion of the RC, the crisis is either “eminent” or “critical”, then it may direct the concerned FI

(a)   not repay and/or to defer the payment of either the whole or any part of deposit/s,

(b)   to “merge” or “amalgamate” the concerned FI with any other FI, another financial institution

(c)   to dispense with the services and, even if retained, reduce the salary/wages of any or all the employees,

(d)   to alter/vary/change  the contract between the depositors and the concerned FI in the matter of rate of interest and the time/period for repayment,

No court of law shall have jurisdiction over any such decision of the RC and, hence, the aggrieved depositor shall have no recourse/relief there against.

The trade unions of the banking sector rose in unison in protest agitations resulting in massive building-up of public opinion against the draconian bill, which ultimately forced the government to withdraw the bill.

The purpose of Modi government is to minimise the role and domination of PSBs in order to enable big private share holders get substantial control in bank boards. Owing to this process, loans to priority sector are being drastically reduced with corresponding increase in high-risk loans to big corporates which eventually turn into NPAs. High provisioning for these bad loans are eating into the profits of the banks and this is propagated as sickness of the PSBs caused by the inherent inefficiency of public sector. But PSBs are neither sick in real sense, nor inefficient by any standard. Now it is very much clear that the Amendment of Bank Nationalisation Act is a mischievous ploy to project a poor picture of PSBs with a view to generate a public cry for their privatisation.

The central government is repeatedly trying to privatise PSBs including gramin banks, public sector insurance, but this is befittingly challenged by the employees’ united struggle especially by the bank employees. The bank employees observed 56 strikes during the last 26 years against each form of attack with mighty support of common people. Despite the endeavours from central government to destabilise PSBs, the PSBs still hold nationalised character because of united will of the common people. The ruling clique is more powerful in number in the parliament now. The situation, therefore, demands a more intense united struggle from a much wider platform of working people of our country.