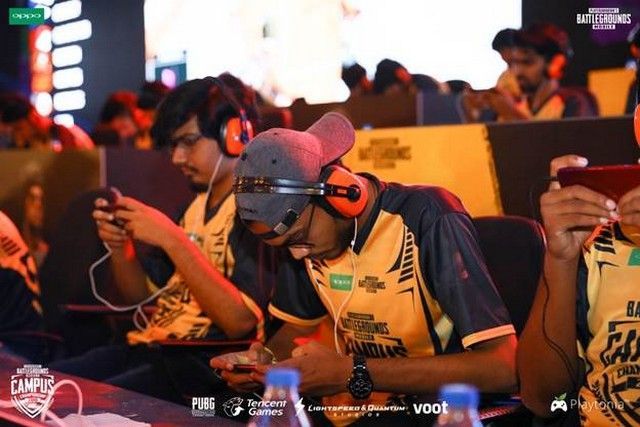 MOBILE gaming or broadly video gaming has caught India like fire. It has become a common sight to find people fiddling with their mobiles in any public place. Even in interactions within a family or closely-knit friends, ‘phubbing’ (the act of ignoring someone you are with, and giving attention to your mobile phone instead) has become common. The spread of internet availability also is making us give more importance to our mobiles than to other forms of social interactions. One of the major pass-times for the young is to play various games on mobiles. Games and mobiles have caught the imagination of youth and these no longer remain an innocent, ‘apolitical’, leisure activity. As any cultural arena is, they too have become an arena of political tussle between varying ideologies.

Steve Bannon, a far-right activist and ‘once upon a time’ confidant of US President Donald Trump, considers video games as a ‘natural terrain for the far right’. He was quoted as saying: “gaming is populated by millions of intense young men (who are) smart, focused, relatively wealthy, and highly motivated about issues that mattered to them…These guys, these rootless white males, had monster power…You can activate that army. They come in through Gamergate or whatever and then get turned onto politics and Trump”. It is found that the enormous troll armies unleashed by the far right on whoever is critical of their ideology, are built on the basis of this army, nurtured and developed by them. In this context, understanding video games, gaming and gamers forms an important spoke in the struggle against right-wing offensive. This is all the more important, as most of the members of the ‘army’, as Bannon correctly identifies, are young, meaning the future of humankind.

According to a KPMG study, the number of Indians who are into gaming has shot up from 20 million in 2010 to 250 million by 2018, making India one of the fastest growing country of gamers. One out of every ten gamers in the world now resides in India. NASSCOM expects the number of gamers to rise to 628 million by 2020, that is in another year. Studies also point out that ‘approximately 55 per cent of casual gamers and 66 per cent of the heavy gamers across India are below 24 years of age. Further, according to a study conducted by POKKT (a leading mobile video advertising platform): ‘In terms of the audience profiles, there are four distinct target groups – male 15+ (38 million monthly audience), female 15+ (21.4 million), mothers (28-40 years) and kids (3-12 years). While male 15+ users spend 10-20 minutes per session playing mobile games per day across 4-5 sessions, female 15+ users and mothers play for about 8-12 minutes per session across seven sessions per day. Kids have an average session time of 10-15 minutes and they play 4-5 times a day’.

Studies have also been conducted to understand the games played by Indians. ‘Grand Auto Theft (San Andreas), Counter Strike and Assassin Creed are the three top 10 video games played in India on consoles’, while Player Unknown Battleground (PUBG), is the game played by an overwhelming Indians on their mobile phones. More than 73 per cent play PUBG on their mobile phones. This game has been downloaded more than 100 million times and considering that it is only one year old, one can easily estimate its popularity. A news portal states that those who play PUBG are “hooked, spending over eight hours a week on the game (24.3 per cent). While a majority of them (52.6 per cent) play the game in the night, some of them even play during school and office hours”.

The game has become so addictive that one often reads news about how students are going to the extent of murdering even their near and dear ones, or committing suicides, if they are not allowed to play the game. Broken marriages too are part of the news reports. Last year, World Health Organisation (WHO) declared gaming addiction as a mental health disorder. “It is a pattern of persistent or recurrent gaming behaviour that becomes so extensive that it takes precedence over other life interests”. The Delhi Commission for Protection of Child Rights (DCPCR) has written to the Directorate of Education to issue necessary directions to heads of all schools, to check ‘addiction’ of online gaming among children. “Some violent games which are available on iOS, Android platforms and console platform are PUBG, Fortnite, Grand Theft Auto series, God of War, Hitman series, Plague Inc and Pokemon. These games are causing a harmful, negative and adverse impact on children’s brains. These games are full of misogyny, hate, deceit and vengeance. And, at an age when the child learns from that he/she sees, it may negatively impact their brain for their life”.

While the influence of violence in video games is usually well noted, the other influences are not well documented till recently. The DCPCR Report, which correctly notes the presence of ‘misogyny, hate, deceit and vengeance’ in these games, assumes great importance.

There are many arguments, both pro and against, on the influence of video games and violence in the society. A survey of the video games that are popular in the market shows that most of them are indeed violent, revolving around the basic concept of tracing the enemy and hunting them down. Another major section, something like beginners’ games, move around the concept of racing. Many of the video games played today have evolved from single-player games to multi-player games, involving a certain kind of social interaction between various individuals. Social media platforms like YouTube, Twitch, Reddit and others are used to run tutorials, discussion forums and even live stream games. Interaction between gamers gets further established and strengthened through these platforms.

With the development of high speed internet and its accessibility, multi-player games have further evolved into games played with ‘virtual friends’ or with real friends in the virtual world. PUBG is an example of one such game played as a team (of four), who will be rewarded with chicken dinner, if they succeed in their mission. The mission of course requires the team members to pool their resources and skills to kill the rest of the people (total 100 in number) who are left alone in a secluded space.

There are two issues involved in such games – one, acting as a team for killing ‘others’ and two, interaction while playing to execute the mission. There are two ways one usually plays this game. One, you log on to the game, find some of your real life friends who are also logged on and team up with them. Two, log on to the game, make friends with already those who are logged on to the game as you are and team up with them. Whichever way you play the game, killing ‘others’ and saving ‘your’ team is the core principle and this coordinated action, requires you to constantly interact with your team, helping/directing the other members, pumping up each other and venting out frustrations on a ‘failed kill’. In this course, abuse, both among the teammates and of the ‘others’, becomes ‘natural’, as does ‘killing’.

The other serious issue is concerned with ‘virtual friends’. They usually team after a certain introduction or finding a common point or we can even concede, randomly. In the course of their interaction as teammates, at best, they start exchanging views or ideas and ‘friendly abuses’. This is one space where all sorts of perverts lurk to lure innocent victims. And these include pedophiles, bigots, racists and misogynists. They prowl to find an opening and pounce on it, once they feel someone is susceptible. For example, they try to know your identity and if you belong to the majority community, they randomly abuse the minorities and wait for your reaction. If there is no outright condemnation, they continue with their tirade and slowly maintain contacts to ensure a proper indoctrination and conversion. This is how the right-wing usually acts in these sites.

Strengthening this point, a recent survey on PUBG users in our country found out that the voice chat feature is the most-used feature in the game. “Nearly 40 per cent of PUBG players in India use its in-app communication tool to talk to other players about things that are not related to the game”.

The right-wing are utilising the inherent features of ‘violence, misogyny, hatred, deceit, vengeance’, in the games, along with the interactive features now available to promote their agenda. Many of social stereotypes dominate the images in the games too. For example, terrorists are almost all from West Asian region and Muslims. Though one has the opportunity to choose the skin of the character you want to play in the game, your opponents, the ‘others’, are pre-decided for you. Most of the characters are male and even the few female characters found are again stereotypically represented. This helps, as the major narrative that had evolved in gaming is that it is a ‘boy-thing’, hence machismo, displayed through hurling abuses and killing, is promoted extensively. Gamergate, referred to by Bannon, started as a movement against women and equality, using extremely abusive language, filled with visceral hatred. These features are exploited by the right-wing to influence youngsters and promote their agenda. The troll armies spewing hatred are inspired by such a video game culture.

PUBG is only one representation of many such games that are extensively available for play today. Fortnite, World of Warcraft, Grand Auto Theft and the list can go on and on. Like it or not, video games have become intrinsic to popular culture for this generation. Games are increasingly getting integrated with film, music, and other media. Spider-Man becomes a game, a film, a TV show and a cartoon; World of Warcraft, a film, and The Simpsons seamlessly travels across media – from television to both video game and film. Games have now become a major revenue source for music industry which is witnessing a steep fall in the sale of CD/DVDs.

Capitalism uses all the means at its disposal to entrench its hegemony over the society. Video games are one such means in its hands. Games and play no longer remain mere fun or leisure activities. They are a part of the ideological apparatus to justify and solidify capital’s hegemony. During this period of economic crisis, right-wing forces are put to service by the ruling capitalist classes to utilise this apparatus to the hilt.

But, as every other aspect, dialectics are at work even in video games. The genesis and history of video games shows that there is enough scope to use them as another arena in the struggle against capitalism and its present right-wing political representation. As Marxists, one should not abandon this terrain of gaming to the right-wing forces, but use them in the struggle against right-wing and also capitalism. Games are a cultural site, where ideologies can be clarified, propagated, fought and people mobilised on this basis. The right-wing has recognised this and is using these spaces for its advancement. The sooner we realise this and join the fight, the better it will be for the future of humankind.