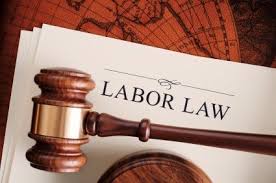 THE Centre of Indian Trade Unions (CITU) condemned the Code on Occupational Safety, Health and Working Conditions Bill, 2019,  the labour law reforms, brought in by the BJP government and said that the move will grossly dilute all rights of the workers in the country.

On July 10, 2019, Santosh Kumar Gangwar, union labour minister, along with others, has announced that the bill has been cleared by the union cabinet. The CITU said that the BJP government, in a move to please its ‘corporate bosses’ has taken the drastic step of replacing the existing labour laws with four labour codes, which meticulously remove or dilute all provisions that protect the workers under the existing labour laws.

CITU said that the bill repealed 13 existing labour laws and selectively incorporated those provisions that are advantageous to the employers alone from these Acts while diluting and tampering all the provisions pertaining to rights and protection of the workers in general.

“Such a move on the part of the government, totally ignoring the vehement and concrete opposition of all the central trade unions against such anti-worker and pro-employer exercise, is totally condemnable and must be opposed tooth and nail,” said the CITU in a note to the press.

Calling out the flaws in the minimum wage prescribed by the Code, the CITU said, “While the labour minister boastfully stated that the BJP government is magnanimous enough to clear the Code on Wages Bill 2019, and also decided a National Floor Level Minimum Wage of Rs 178 per day (Rs 4,628 per month for 26 days) below which no state government will be allowed to fix the minimum wage for workers, the announcement exposes the bluff by itself. To compel the state government in that regard, there must be statutory arrangement and the Code on Wages Bill does not have such provision.”

Terming the publicity around floor level minimum wages as ‘utterly shameless and ridiculous’, the CITU said that the existing minimum wages across 31 states and union territories in the country are way above Rs 178 per day. “This announcement of the government will directly provoke and inspire the concerned state governments and employers to further suppress the minimum wage to lower it to so-called National Floor Level for ‘ease of loot’ by the employers,” the CITU decried.

According to the said formulae, the minimum wage works out to Rs 18,000 per month, ie, Rs 692.3 per day, as on 2016, as recommended by the 7th Pay Commission. Further, the labour ministry headed by the same labour minister, had appointed an expert committee in January 2018 to decide the minimum wage and its methodology. “The said expert committee, even after tampering the ILC recommendation of 2700 calorie intake to make it 2400 arbitrarily, and also calculating the food and other requirements on the basis of 2012 prices, did recommend a minimum wage ranging from Rs 375 to Rs 447 per day (Rs 9,750 to Rs 11,622 per month),” said the CITU and added, “But the red eyes of the corporate lobby did not allow the so-called magnanimous government to decide the floor level minimum wage as per the recommendation of its own Expert Committee and the servile government ended up with shameless announcement of Rs 178 per day. This is what is the real face of the so-called inclusive development of all, touted by the BJP government in its second incarnation.”

CITU condemned the anti-worker decision and move of the BJP government on minimum wages and labour law reform and called upon the workers and their unions of all affiliations  to unitedly oppose and resist the disastrous move and prepare for countrywide united struggle.