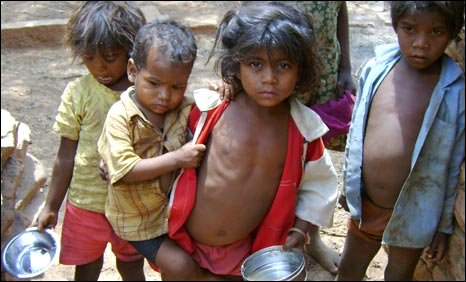 IN 2017, it was Gorakhpur where 63 children died in 72 hours due to lack of oxygen supply in a government hospital and in 2019, it is Muzaffarpur where 157 children died in a month due to encephalitis. This is our ‘achievement’ for our children after 72 years of our independence. In a few days or months, the outcry on these deaths will die down and the headlines, interviews and stories will find new topics. There will be no change in the government policies at the state or central level; no change in priorities, no increase in budgetary allocations for basic amenities, no addressing of the basic issues.

Nearly half of all India’s children, approximately 60 million, are underweight, about 45 per cent are stunted (too short for their age), 20 per cent are wasted (too thin for their height), 75 per cent are anemic, and 57 per cent are deficient in Vitamin A. Half of world’s malnourished children live in India. Rate of malnutrition among India’s children is almost five times more than China, and double than that in Sub-Saharan Africa (World Bank report).

It is known that the maternal and child undernutrition is the underlying cause of nearly half (45 per cent) of the mortality of children under five years of age. There are multiple factors other than absolute poverty that need to be addressed to combat malnutrition, particularly among the children. Safe drinking water, hygienic conditions, healthcare systems all must be addressed in addition to ensuring nutritional food.

The Integrated Child Development Services (ICDS) Scheme was started as early as in 1975 to address the issues of maternal and child mortality and child malnutrition and ensure the overall development of the children. The approach was holistic and integrated. It has one of the best designs, having coordination and convergence with various government departments and institutions. Starting from the pregnancy of the mother, it looks after the nutritional, health and educational needs of children upto six years of age. To address the cycle of malnutrition, special nutritional care for teenage girls was also introduced in the ICDS.

At present, the ICDS covers nearly eight crore children and around two crore mothers. This is around half the children of that age. The services include supplementary nutrition, immunisation, healthcare, referral services and pre-school education. The nutritional norms have been updated a few times considering the increasing malnutrition due to distress and poverty. The strengthened ICDS has provision for breakfast and lunch for the children.

According to the social audit of Bihar acute encephalitis syndrome (AES) cases and deaths by the Bihar government, 82 per cent of the parents of victims work as labourers. More than three fourth fall below the poverty line and the average annual household income of the families was about Rs 4,465 per month. About a third of the families had no ration card and about a sixth of those who did have one, had not received any rations the previous month. 21 per cent children had eaten nothing the night before they fell sick, almost 60 per cent of their houses did not have a toilet.

According to the malnutrition data, six states – Bihar, Chhattisgarh, Jharkhand, Madhya Pradesh, Rajasthan, and Uttar Pradesh – account for over half of India’s malnutrition cases. 13 per cent of stunted children in India are from Bihar according to UNICEF. But these are the states where the implementation of ICDS is the worst. In Bihar, there is no pucca building for almost half the anganwadi centres. Even the increase in rent for anganwadi centres implemented from 2013, is yet to be implemented in Bihar. In Bihar, the rent is Rs 200 per month for the rural areas whereas it is Rs 750 in the rest of the country. So, many of the centres do not have enough space, no drinking water or toilet facilities, not to mention about the lack of electricity and fans etc.

Although there is a prescribed menu for breakfast and lunch in the anganwadi centres, including milk and egg once a week, the food supply is so erratic. Unlike other states, the amount is put in the bank accounts of the workers and the workers are responsible for ensuring the food supply in the centres. Due to drastic budget cut by the central government and diversion of funds by the state government, the payment for food supply is pending for months together. The anganwadi workers are asked to take loan from local shopkeepers (often the prices are fluctuating which will not be compensated) and pay when they get the arrears. But this is not possible for all anganwadi workers throughout the state, which results in non-supply of food. The amount for nutrition has been cut down drastically recently by the department, showing less number of children as beneficiaries, as many anganwadi workers complain. Ruksana Khatun from Navada district says that she used to get around Rs 20,000 per month and suddenly the amount was reduced to around Rs 16,000 per month whereas the number of children remained the same. Even the take home ration is not supplied for months together.

The anganwadi workers are pressurised to show less number of ‘severely malnourished’ category of children (this is in many states) thereby reducing the food allocation. For years, there is no supply of medical kit or pre-school kits in anganwadis in the state. Complaints of non availability of maternity benefit under PMMSY are common feature. The workers are the lowest paid in the country. Their remuneration is also not paid for months together. Workers are asked to perform non-ICDS duties by various departments and BLO duty for the elections is only one among them.

All the studies by various agencies have shown positive results of ICDS on maternal and infant mortality, malnutrition and its effects, school admission etc. But various studies have also pointed out the discrepancies and lacunae in the system too. Apart from the Supreme Court judgment, various government committees have also recommended strengthening and universalising the ICDS with better quality, for a brighter future of the country.

But unfortunately various governments at the centre have turned a deaf ear to the demand of the people to ensure the right of the child to nutrition, health and education by strengthening the ICDS and converting them to full time anganwadi cum crèches with full infrastructure and trained and fully paid service providers. Instead, the UPA-2 and the NDA-1 governments were trying to dismantle the ICDS through budget cuts and moves for privatisation involving big corporate companies and corporate NGOs. NDA-1 government was trying to involve food giants in the supply of fortified food and packaged food in anganwadis. Blaming the ICDS as non effective, there is a big move to introduce cash benefits in place of anganwadi services, by the NDA government.

When there is any incident such as Muzaffarpur, there is a sudden media hype, hue and cry. This time there were some discussions on the health system in Bihar. But the discussion on ICDS was limited to the BLO duties of anganwadi workers who could not stop the children from eating Litchis. Nobody seemed to raise the question that why instead of stopping a hungry child from eating whatever is available, why there was no provision of additional food supply in general and during summer in particular. Bihar is one of the states which has not yet fully spent the amount allocated to it for ICDS.

AIFAWH has given a call to observe July 10, 2019, our demands day, in memory of the children of Muzaffarpur, demanding strengthening of ICDS. Nearly 8-9 lakh anganwadi workers and helpers throughout the country will come out on the streets that day.

The sudden death of more than a hundred children in one place has shaken the conscience of the nation, now. But how long will it take us to recognise and move to stop the silent deaths of thousands of our children?

“How many ears must one man have

Before he can hear people cry?

How many deaths will it take till he knows

That too many people have died?

The answer, my friend, is blowin' in the wind

The answer is blowin' in the wind