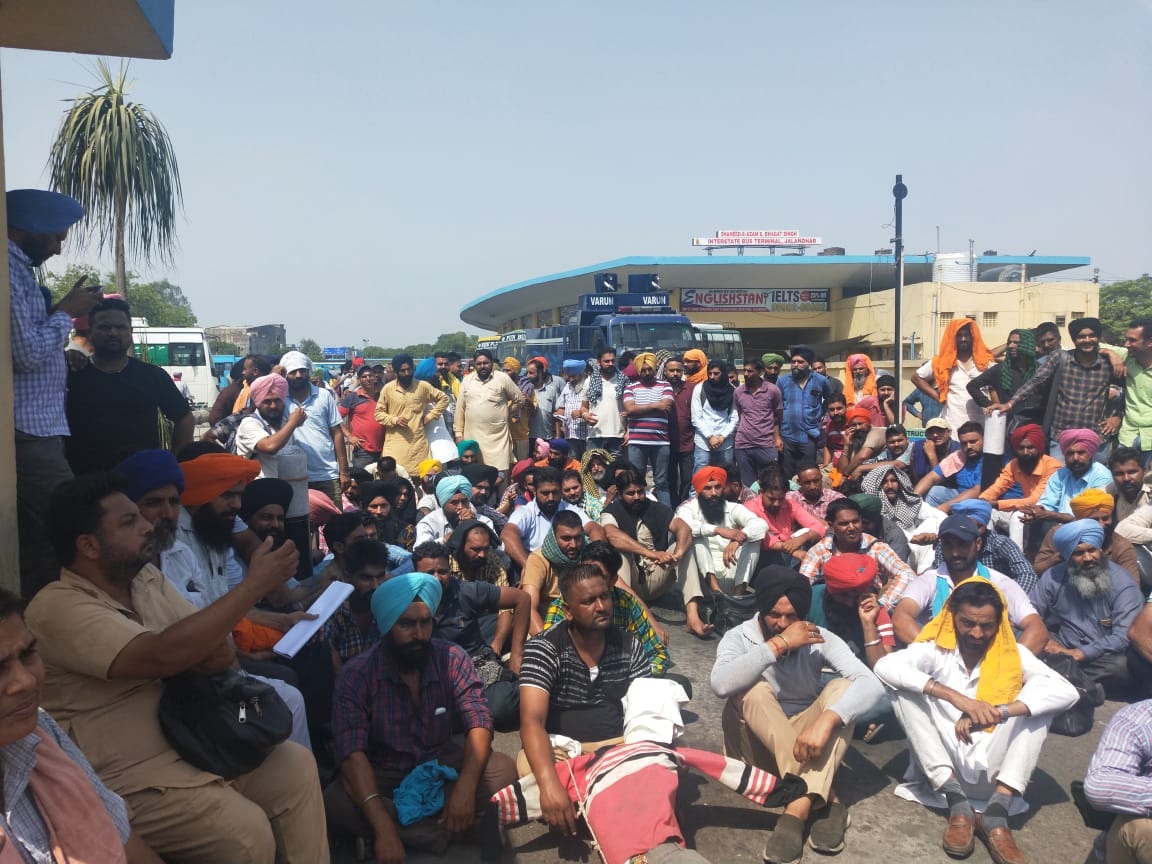 The newly elected YSRCP-led government of Andhra Pradesh, in its first cabinet meet, has decided to merge the Andhra Pradesh State Road Transport Corporation (APSRTC) with the state government. A ministerial committee and an experts committee have also been constituted to study the modalities and other issues that might arise due to the merger.

The decision to merge APSRTC with the state government has been made at a juncture where the state governments are withdrawing from their responsibilities of public welfare, outsourcing several duties to private partners and are actively disinvesting the public sector undertakings (PSUs).  While it is too early to state whether the merger is a u-turn from the disinvestment trend, the fact that the election promise made by the YSRCP being implemented can be seen as  a good sign and the APSRTC workers are elated by the decision. The merger generated positive thinking and triggered a discussion among the workers of other state transport undertakings (STUs). The discussions indicated that the time to look into better alternatives for real problems is here.

THE DEMAND FOR MERGER OF APSRTC

APSRTC has been in serious financial crisis and the workers were made the victims of the crisis for many years. Steps like reduction of staff, increase in workload, harassment of workers, non-payment of terminal benefits at the time of retirement and utilising workers’ money recovered towards co-operative society, provident etc has created severe financial insecurities for the workers.

The wages of the industrial workers, particularly that of the transport workers, are ought to be more than that of the regular state government employees. However, the APSRTC workers’ wages are far less and hence the workers were attracted to the slogan of the merger.

REASONS FOR THE FINANCIAL CRISIS

Unlike most countries, public transport is considered as a source of revenue for the state in India and Motor Vehicle Tax is being levied in a big way. In some states, an additional Passenger Tax is also levied. Excise duty on vehicles, sales tax on spares and diesel are also levied across the country. Illegal operation of buses by private operators on nationalised routes has also played a major role in building the crisis. The private operators, while obtaining contract carriage permit, are operating as stage carriages thereby violating the permit rules.

In addition, the STUs are compelled to operate in the interior villages and hilly region routes which are non-profitable, as a part of social responsibility of the government.  The APSRTC has also been at loss due to the non-implementation of the RTC Act. The corporation has been formed under the provisions of RTC Act, 1950 which states that the central and state governments have to provide capital contribution in the ratio of 1:2, to the APSRTC. But, from 1988, not a single rupee has been given by either the central or the state governments, as they proceeded with the implementation of the liberalisation policy. All these factors contributed in  pushing APSRTC and other STUs into severe financial crisis.

BACKGROUND OF ENACTMENT OF RTC ACT 1950

After the Second World War, a sub-committee formed to study the role of transport said that the regular, speedy and comfortable motor service, enforcement of maintenance and other safety measures, prevention of flooding of roads by transport concerns, resulted in cut-throat competition. It urged that in order to have civilised facilities for travel commensurate with density of the traffic, large companies have to be established in the place of small owners.

The committee’s recommendation was further supported by the Transport Advisory Council in 1945 and also by the Post-War Policy Committee on Transport. These recommendations forced several state governments to use compulsion and persuasion to organise individual operators into bigger units.

Though further attempts were made to bring the warring bus operators into groups of co-operatives, it did not succeed because of conflicting persuasions of the operators. Having failed in all attempts to organise small operators into bigger units, the Indian government had enacted Road Transport Corporations Act, 1950 enabling the state governments to form Road Transport Corporations in the public sector. The RTC Act thus enabled the State intervention in the cause of making bus transport an integral part of social and economic infrastructure.

Since mobility is an intrinsic part of quality of life, transport as a public facility became a matter of state policy not only in India, but in the entire world. The aim of the founding fathers of public bus services was to meet the social obligations by providing affordable, safe and reliable bus service in urban and rural areas.

With this concept of social obligation and to provide bus services to the public, the State Road Transport Corporations were formed in almost all the states and they served the public well and also contributed in a big way for the development of the states. Before the formation of APSRTC on November 1, 1958, it was under the state government department.

Despite the above facts, in the early 1990s, Dr Ora, deputy advisor, Planning Commission, issued the directions to the states ordering that there should be no expansion of STUs and that they should gradually make room for private players, except in areas where the private firms would show no interest. It was also directed that the operational efficiency of STUs must improve.

This has laid the foundation for the destruction of the STUs in the country which led to closure of RTCs in Madhya Pradesh, Chhattisgarh and Jharkhand. In Odisha and Bihar, for namesake, some buses are under the STUs and all other STUs are in serious crisis.

Transport is under the government in some states and UTs like the  Andaman and Nicobar, Arunachal Pradesh, Chandigarh, Haryana, Nagaland, Sikkim and Punjab.

In Haryana, there are 3,843 buses at present while there were 4,160 buses in 2009. That means when the population and the travel needs of the public are going up, there is a shortfall of 317 buses. The government, on the other hand, is very much serious in giving permits to private operators or to take private buses on hire on the pretext that Haryana Roadways is not able to fulfill the travel needs of the public and there is no money to purchase new buses. Payment of bonus to the workers is pending for the last four years and harassment of workers is severe.

In Andaman and Nicobar Island, there are only 300 buses on road and around 100 buses are off the road. The people are left to the mercy of private operators. The workers are facing victimisation and harassment by the authorities, violating the service rules. Even within the limited number of employees, there are casual or contract employees who are paid very low wages.

The other small north eastern states are also not doing so well. The public are left to the mercy of the private operators. There are some urban and municipal transport corporations like in Ahmedabad, Jaipur, Sholapur, Pimpri and in Mumbai, it is Bombay Electrical Supply and Transport and they have all gradually weakened, paving the way for private operators.

The issue is not related to whether the STU is under the state government as an independent STU. It is the question of providing safe, affordable and well co-ordinated transport to the public which should be taken up as a social responsibility by the government. The need of the hour is to have a reversal of the policy of the government towards the public and the nation as a whole.

The union cabinet has now approved the bill which was not passed by Rajya Sabha due to stiff opposition from opposition parties during the first Modi government, citing the anti-people and anti-worker clauses. The bill aimed at privatisation and handing over the road transport sector to corporates rendering loss of employment and closure of STUs.

Today, the merger of APSRTC or any other STU can be seen only as a political decision. After the merger, the existing debts and liabilities would vest with the government. The common people and workers expect that there will be expansion of fleet to cope with the growing need of travelling public to ensure quality of service. For this, financial assistance has to be provided through budget for the purchase of new buses both for replacement and augmentation.

The government department should be allowed to operate cargo transport and for this purpose, without huge investments, the old buses could be utilised duly after making a few changes. The state and central governments should extend support and co-operation, duly making arrangements to transport government material and this will help in a big way to generate additional revenue.