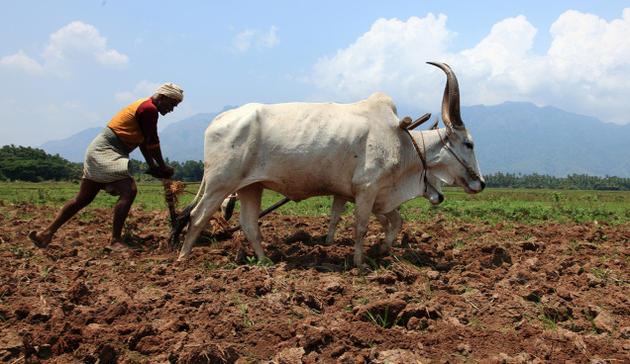 THE BJP led central government has announced the minimum support prices for the Kharif Marketing Season 2019-20. In a situation when farmers across the country are in acute distress due to severe drought, the prices announced only add salt to injury. It has announced a meagre 3.7 per cent hike in the prices of paddy despite the fact that costs of production over the year have drastically increased. This will only mean an increase of Rs 65/quintal. It is notable here that the CACP cost calculations are questionable and the weighted average costs are arrived at by making drastic undervaluation and are nowhere near the actual costs. For instance the projected cost for Kharif Marketing Season, 2018-19 for paddy by the state government of Punjab was Rs 2490/ quintal while the CACP calculation was only Rs 1174/quintal; not even 50 per cent of the projected costs put forward by the state agricultural department. The C2 costs as per BJP and JD-U ruled Bihar for paddy is Rs 1605/quintal but CACP considers it as Rs 1398/quintal only. Odisha state projection is Rs 2344/quintal while CACP considers it as only Rs 1713/quintal. This is the case in most crops. Even taking the C2 costs as arrived by the CACP that is Rs 1,560/quintal the C2+50 per cent would come to Rs 2,340/quintal. But the MSP announced is only Rs 1,815/quintal. It is also worth noting that Kerala procures paddy at Rs 2,650/quintal.

In the case of arhar/tur the weighted average C2 costs projected for 2018-19 was Rs 4981/quintal. This also is arrived by similarly deflating the actual costs arrived at by state agriculture departments. The MSP announced is way below C2+50 per cent as that would have been at least Rs 7,471.5/quintal as per 2018-19 projected costs. The MSP announced now is Rs 5,675/quintal only. This also is below the C2 costs in Karnataka, which is one of the main producers of arhar/tur.

It is also notable that the Niti Aayog is talking of freeing farm sector from controls. This would lead to further increase in input prices. The government is planning to shift from procurement to the deficiency payments and pushing for greater corporate investments in agriculture. AIKS, in a statement issued on July 3, had warned that the Pradhan Mantri Annadaata Aay Sanrakshan Yojana and Pradhan Mantri Kisan Samman Nidhi were tailored to shirk responsibility from public procurement and would lead to collapse of the support system. This is coming true now.

AIKS has called upon all its units to expose the farce enacted by the Narendra Modi-led BJP and rise up in protests.