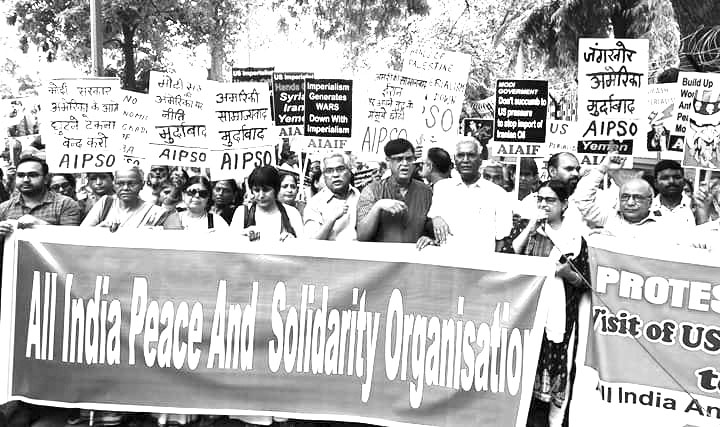 No Capitulation to US Pressure

THE Left Parties express their firm opposition to the US agenda of arm twisting in the course of the visit of US Secretary of State.

US Secretary of State, Mike Pompeo, has announced his two day visit to India on June 25-26, 2019. The stated purpose of the visit is to push India to further open its economy, drop the trade barriers and sell US defence equipment to India. This visit comes in the immediate aftermath of US’ termination of India's designation as a beneficiary under the Generalised System of Preference Trade Programme, which allows duty-free entry for Indian products into the US and the threat to impose sanctions if India continues to purchase oil from countries like Iran and Venezuela.

US administration is threatening countries across the world with new sanctions if they fail to heed to its diktats. It is trying to strangulate Cuba, Venezuela, Iran and Nicaragua with such sanctions in order to ensure a regime change in those countries. The ongoing trade war is threatening the already reeling global economy into another recession. It is coercing India to submit to its policies and stop purchase of oil from Iran and Venezuela and S-400 missile systems from Russia.

The BJP-led NDA government instead of resisting the arm-twisting of the US, is succumbing to its pressure. Any capitulation to the US, at the cost of our sovereignty and self-respect, is unacceptable.

We urge the people of India to oppose the BJP government’s surrender of Indian interests before the US and firmly demand of the government to pursue an independent policy which zealously secures our national interest.