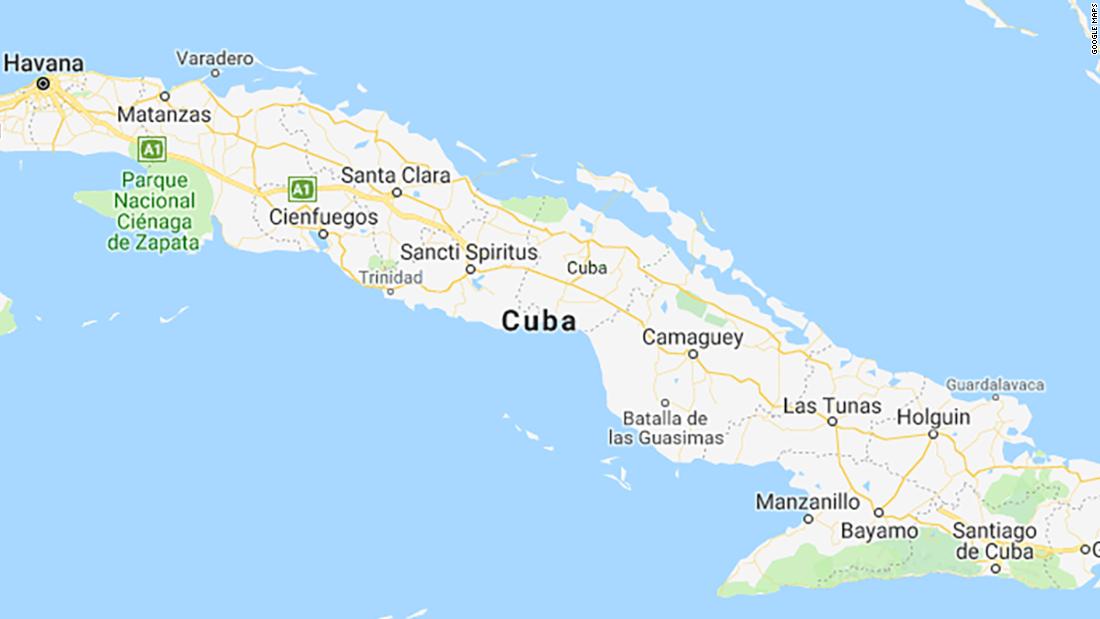 US: Yet another Attempt to Strangulate Cuba

THE US had invoked the Title III of Helms-Burton Act on Cuba for the first time since its enactment in 1996. This is yet another attempt by the US to subjugate Cuba and run its dictates on the socialist country. The US ruling establishment thinks that it can decisively come out of the global economic crisis only by capturing the natural resources and markets of all the developing countries. It is with this objective that the US hawks are flying to all the corners of the world. While the visit of Mike Pompeo to India (June 25-26) is also part of this mission, their particular emphasis is on Latin America, which they view as their ‘own backyard’.

Donald Trump, president of the US, in his address to the UN General Assembly in September 2018, stated with his characteristic arrogance: “It has been the formal policy of our country since President Monroe that we reject the interference of foreign nations in this (Western) hemisphere”. If further any doubts existed, Trump's National Security Adviser John Bolton cleared them in a speech (April 2019) to military veterans who took part in the Bay of Pigs invasion: “Today we proudly proclaim for all to hear: the Monroe Doctrine is alive and well”.

Monroe doctrine basically states that the US has the right to intervene in any country south of its borders and ensure that other countries do not exert their influence. It denies sovereignty, equality and the right to self-determination of all the countries in that hemisphere. Another former president of the US, Theodore Roosevelt coldly advised the hawks to ‘talk softly but carry a big stick’ in their dealings with other countries. According to him, it is the “responsibility of the US to ensure that Latin American nations behaved with a just regard for their obligations towards outsiders”. Not leaving any chance for misinterpretation, ‘outsiders’, he made it clear were, ‘US citizens and companies’.

The Helms-Burton Act or the Cuban Liberty and Democratic Solidarity (Libertad) Act of 1996 enacted by the then Bill Clinton administration is a continuation of these policies. Explaining the findings of the US Congress that made it enact the Act, it states: “The (Fidel) Castro regime has made it abundantly clear that it will not engage in any substantive political reforms that would lead to democracy, a market economy, or an economic recovery” [Section 2, (3)]. The purpose of the Act, hence is, “to facilitate a peaceful transition to representative democracy and a market economy in Cuba and to consolidate democracy in Cuba” [Section 201, (6)].

To realise these objectives, the Act prescribes the strengthening of ‘economic embargo’ imposed on Cuba. According to an estimate, the nearly 60 years old blockade cost the Cuban economy, ‘over 134 billion dollars at current prices (2018), or 933 billion dollars, when considering the depreciation of the dollar as compared to the value of gold on the international market’. Cubans are trying to overcome the impact of the blockade by developing their local economy and strengthening their economic relations with countries that oppose the economic blockade imposed by the US.

Former president of the US, Obama had accepted that the US policies on Cuba have failed and needed a change. He tried to ‘talk softly’, without losing sight of the objective – to ensure a systemic change in Cuba. With Trump assuming presidency, it is no more talking softly. He is doing what his predecessors, Obama, Bush, and Clinton, dared not to do. He had declared that he will enforce the Title III of Helms-Burton Act, which is the most contested part of the entire Act. The stated reason now is that Cuba is militarily intervening in Venezuela!

Title III allows US citizens who had their property in Cuba confiscated by the socialist State – including Cuban-Americans who were not US citizens at the time of confiscation – to file a law suit in the United States against persons that may be ‘trafficking’ in that property. It empowers the US to take legal action on any non-US company that deals economically with Cuba and prohibit the entry of the company’s officials from entering the US. The threat of US lawsuits is intended to act as a deterrent to all those international companies doing business in Cuba.

Section 301 (5) and (6) of the Act unambiguously states: “The Cuban government is offering foreign investors the opportunity to purchase an equity interest in, manage, or enter into joint ventures using property and assets some of which were confiscated from United States nationals. This ‘trafficking’ in confiscated property provides badly needed financial benefit, including hard currency, oil, and productive investment and expertise, to the current Cuban government and thus undermines the foreign policy of the United States”. Expressing its no-confidence on the international judicial system as lacking ‘effective remedies’, the US appropriates the right to enforce justice, aka, the Justice League or Avengers (Hollywood superheroes)! “United States nationals who were the victims of these confiscations should be endowed with a judicial remedy in the courts of the United States that would deny traffickers any profits from economically exploiting Castro's wrongful seizures”.

There is a difference between ‘confiscation’ and ‘nationalisation’ of properties in Cuba. The properties that were confiscated by the revolutionary State in 1959 belonged to those of the dictator Batista and his class collaborators. This was done in accordance with the provisions enshrined in the 1940 Cuban Constitution that was then in vogue. They state that confiscation is a part of the punishment to the crimes committed by a person and does not deserve any compensation. Remember, the 1940 Constitution is not the one promulgated by the revolutionary government.

The nationalisation of property implied payment of certain amount of compensation. In Cuba, some of the first nationalisations took place after the Agrarian Reform’s first law was enacted (1959). It provided ‘compensation with 20-year government bonds which accrued 4.5 per cent annual interest’. Contesting this law, the US government (June 29, 1959), demanded the payment of “prompt, adequate, and effective compensation”, thus interfering in the internal affairs of a sovereign country. The Cuban government naturally rejected this interference, but offered to discuss the matter through diplomatic channels on the basis of equality and as long as the “US Congress did not adopt any measures of a unilateral nature to prejudice the outcome of the aforementioned negotiations, or that could cause damage to the economy of the Cuban people”. The US refused and instead reacted by stating: “(In Cuba), the only foreseeable means of alienating internal support is through disenchantment and disaffection based on economic dissatisfaction and hardship….Every possible means should be undertaken promptly to weaken the economic life of Cuba….denying money and supplies to Cuba….to bring about hunger, desperation and overthrow of government”. This was in April 1960.

The revolutionary government of Cuba continued with its policy of nationalisations for the benefit of common good and guaranteed the payment of compensation to the expropriated property in government-issued bonds. To guarantee the repayment of these bonds, it had created a special fund which would be “awarded 25 per cent annually of the foreign exchange earned from sugar purchases by the United States”. The US government, with an intention to cripple the newly formed revolutionary government, cancelled the sugar quota that it had agreed to import from Cuba. To this was added the economic, commercial, and financial blockade. On the other hand, the Cuban government was able to conclude agreements on the question of nationalisations after negotiations on government to government basis, with Switzerland and France (1967); Great Britain, Italy, and Mexico (1978); Canada (1980) and Spain (1986). Now, the US which detested negotiations with imperial arrogance, flagrant disregard for international law and disrespect for other countries, wants to try the cases of ‘confiscation’ in its courts!

The ministry of foreign affairs of Cuba strongly reacted to this move and noted that if Title III is applied, “each and every Cuban and community in the country will bear witness to the way in which the lawsuits are filed before US courts claiming for the ownership of the house they live in, the workplace they work at, the school their children attend, the polyclinic where they are provided with medical care, the parcels where their neighbourhoods have been built”.

The Title III of the Act also strengthens the stringent restrictions US citizens face in order to travel to Cuba and completely prohibits all types of travel by sea from the US, including the cruise ships. Immediately after the Act was brought into force from June 5, three of the four US cruise lines operating to Cuba stopped their operations. The president of the International Association of Cruise Lines (CLIA), Adam Goldstein, reported that ‘almost 800,000 passenger reservations currently scheduled, or in progress, will be impacted, with the Association’s member companies forced to eliminate all Cuban destinations on their itineraries immediately, since the new travel restrictions make sea crossings to Cuba from the United States illegal’. Cuba’s ambassador to the United Nations, Ana Silvia Rodríguez, stated that the US imposed these restrictions as, “they are afraid that the US people will learn the true reality of my country”.

The enforcement of Title III of the Helms-Burton Act met with universal condemnation. Even the United States-Cuba Business Council, affiliated with the US Chamber of Commerce, called for respecting freedom of travel. US Senator Patrick Leahy announced that he will introduce the ‘Freedom for Americans to Travel to Cuba Act’, calling the latest sanctions ‘dumb’, and ‘hypocritical’. He stated that though the US has serious differences with other countries, it does not prohibit US citizens from visiting them.

The Cuban government in its declaration stated: “We are not naive: we have already struggled 150 years for our independence, obliged to confront the hegemonic ambitions of US imperialism since the first day. Cuba will not be intimidated, nor distracted from the essential, urgent tasks of developing our economy and the construction of socialism. Closely united, we will be able to face the most challenging adversities. They cannot asphyxiate us, nor can they stop us”.

In these testing times, it is the duty of all anti-imperialist forces to join hands and express their solidarity with the Cuban State and its fighting people. Wherever the US hawks travel, the peace doves around the world should unitedly show their resentment towards the imperial policies of the US.

Cuban government had declared “For Cubans, betrayal is not an option”. So true for us too!